Activision and Radical have released a new video for Prototype 2 showing off the various weapons Heller will use in the game. It's all gameplay footage, and is posted below courtesy of Ve3tro. We've also posted a poster shot of the various shooty-things below as well. Prototype 2 releases worldwide on April 24 for PS3 and Xbox 360 ands on PC July 24. 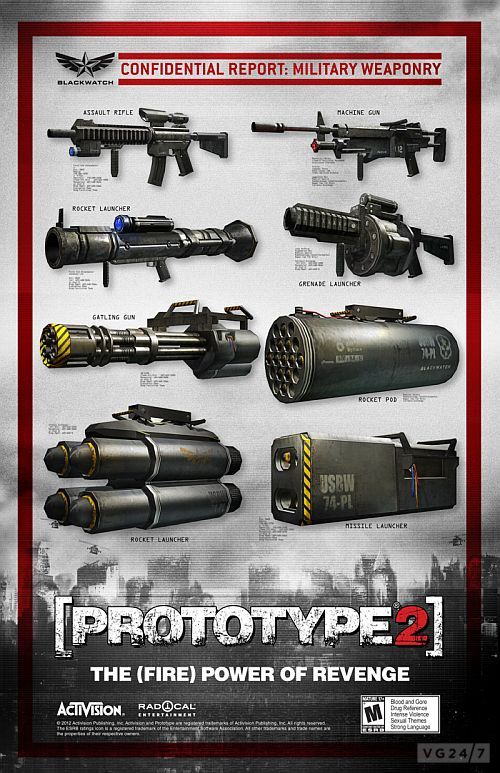