Fortnite overtook PUBG in both Twitch viewers and revenue during the month of February.

Analytics firm SuperData has published a report comparing revenue and Twitch viewer stats for both Fortnite and PUBG.

The latter was found to be trailing in both sectors during February.

In February, total PC and console revenue for Fortnite hit $126 million compared to $103 million for PUBG. It should be noted Fortnite is available on PS4 whereas PUBG is not.

Per SuperData, revenue for PUBG peaked in December when it left Steam Early and arrived on Xbox One. PUBG ended 2017 with $712 million in revenue, and the figure was earned in just eight months.

As of January 2018, the game has also sold over 30 million copies across PC and Xbox One. 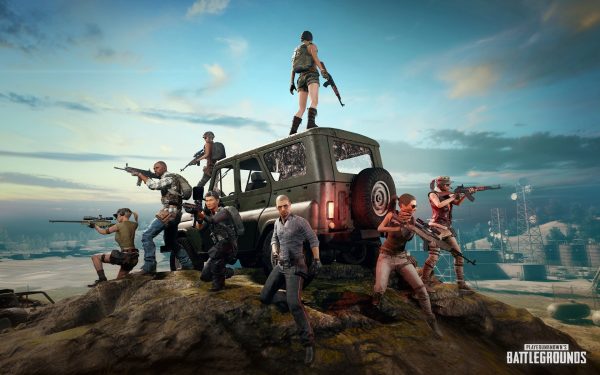 In November, Fortnite Battle Royle passed the 20 million unique players mark and in early February, 3.4 million concurrent players caused the servers to go on strike for a bit.

Fornite’s growing success, according to the firm, is due to having a large advantage over PUBG, and that's accessibility.

It is free-to-play, has an easier learning curve and is more "kid friendly thanks to its cartoonish looks." Fortnite's mobile launch on iOS is also appealing to young players without ready access to a PC or console. Speaking of which, the mobile version amassed $1.5 million in revenue it's first three days of availability - and it's not even out on Android yet.

SuperData suspects PUBG’s "slowing trajectory" can be partially be blamed rampant cheating in the game. The firm suggests PUBG Corp. and Bluehole are spending more resources fighting cheaters instead of creating new content and polishing gameplay.

The analysis firm also noted there are several "competitors biting at PUBG's heels," and competition in the battle royale space will "get more fierce" in the near future.

"Major publishers like Activision Blizzard, Electronic Arts, and Ubisoft have the potential to bring AAA-level production values to the subgenre," reads the report.

"PUBG is no longer the biggest battle royale game in town. But it still has an edge over games that have yet to come out, giving it time to correct its course and carve out a major share of the market for years to come."

As more competition comes along, SuperData suggests PUBG can remain relevant by "doubling down on the realistic, demanding gameplay."

"Potential battle royale competitors from AAA studios will likely cater to beginners," says the report. "PUBG can position itself as a more serious alternative, much like how hardcore shooters like Rainbow Six: Siege found success even if they appeal to a smaller audience than Call of Duty.

"PUBG’s developers need to quickly get past the cheating issues so they can flesh out the game and add content on a more regular basis."