As reported earlier this week, Fortnite has been experiencing service stability issues, stemming from the inability to "stay ahead of continued growth."

Last weekend, Fortnite had 3.4 million concurrent players which caused an overload on the servers, which promptly went on strike. Epic hopes to work out a deal with the backend union, to ensure fewer instances of servers calling a strike and issuing a new list of demands.

The team also shipped update 2.3.0 with bugs, many of which were fixed with Fortnite update 2.4.0.

To combat the issues, Epic has revised its release plans and processes to help "improve quality of client builds," and make traction on backend scalability.

After the recap on stability issues and schedule changes, Epic discussed optimizations which will help reduce load time when players are in the Battle Royale lobby. The team is also working on improvements to deliver better streaming with less hitches.

A significant optimization test to the networking code is close, and once testing is complete, the team hopes to achieve a solid 20 Hz even in the beginning of the match on the server. Also, US West Coast servers were added for Xbox One users, and one is in the works for Brazil to provide better connection options.

Battle Royale players on consoles will soon have a 60fps option in Fortnite. The mode will be tuned for PS4, PS4 Pro, Xbox One, and Xbox One X to maximize frame rate while minimizing loss of visual quality. The update is expected to be made available later this month.

Art and visual effects updates for in-game weapons and cosmetics in Fortnite Battle Royale are in development. This will include new cosmetics, and new model parts and materials for Gliders, for example.

Weapons will also start going into the Vault, the first of which will be the SMG. Weapons stashed in the Vault "may or may not return" to the game, which will aid the team in managing the weapon pool as more are introduced. 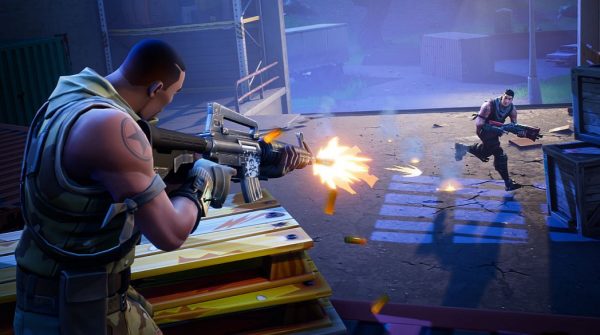 A number of quality of life fixes are in the works for Fortnite Battle Royale. Players can expect quick bar improvements and updates to social such as a Looking for Group feature.

Other quality of life fixes include: improved building controls on console; team communication outside of voice chat; ability to re-queue from the death screen; ability to preemptively hold down the search button while approaching a searchable object; display of how much ammo is loaded into a gun on the weapon widget; and larger map with zoom.

Private Matches or Fortnite Friendlies as it's being called, is in testing and once all is well it will be rolled out to everyone.

Limited time modes are in development, and some modes Epic "plans to run" in the next month or so include 50v50 v2, The Floor is Lava, and the following others:

Finally, during Season 3, the team is replacing the second daily challenge with a new weekly system. Battle Pass owners will unlock a new bundle of quests each week of the season which can be completed any time before the end of the season.

Obviously, the developer update goes into more detail than what was summarized here, so give it a read for more insight.