Epic Games has pulled all pre-roll ads off YouTube after Fortnite ads were found to be playing ahead of videos used to exploit minors.

Epic Games and YouTube will no longer play Fortnite pre-roll ads after an investigation found the ads playing on predator-focused videos.

Basically, what has happened, according to a report on The Verge, is pedophiles are frequenting or stealing posted videos of children, making lewd comments, and time-stamping points in the video which, in their eyes, features a sexually gratifying image.

This has been going on for quite some time, but former YouTuber Matt Watson brought it into the white hot spotlight earlier this week.

In his video, Watson demonstrates how YouTube’s recommended algorithm helps facilitate pedophiles’ "ability to connect with each-other, trade contact info, and link to actual [child pornography] in the comments."

"I can consistently get access to it from vanilla, never-before-used YouTube accounts via innocuous videos in less than ten minutes, in sometimes less than five clicks," he stated.

"Additionally, I have video evidence that these videos are being monetized by YouTube, brands like McDonald’s, Lysol, Disney, Reese’s, and more." 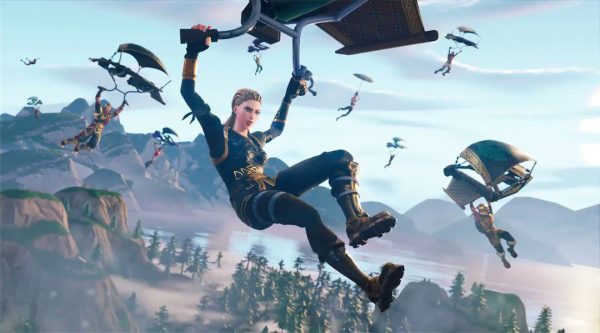 Fortnite was one such monetized ad, and the reason Epic Games pulled all pre-roll ads which start ahead of a video.

"Through our advertising agency, we have reached out to Google/YouTube to determine actions they’ll take to eliminate this type of content from their service," Epic Games told The Verge.

Advertisers in the past have threatened to pull YouTube ads over "terrorism and hateful content" and anti-Semitic imagery." YouTube admits there is more it can do to catch abuse,  and in a more timely manner.

In this particular instance, the service took immediate action.

"Any content — including comments — that endangers minors is abhorrent and we have clear policies prohibiting this on YouTube."

The National Center on Sexual Exploitation (NCOSE) has also called upon YouTube to remove all pornography from its platform, and to create more proactive policies to combat sexual exploitation.

“The National Center on Sexual Exploitation and other advocates have been trying to alert YouTube to these problems for years," said the organization's VP of advocacy and outreach Haley Halverson in a press mail.

"In April 2018 YouTube was criticized for allowing a pornographic ad to appear on a trending YouTube video, and in November 2017 it was revealed that YouTube’s flagging system to prevent child victimization on its platform was reportedly malfunctioning for a year.

"Even the YouTubeKids app has been infiltrated with disturbing and often sexual content.”

If you wish to watch Watson's video, and you should, hit up the link. Keep in mind it can be a bit disturbing and rage educing.