What happens in the Final Fantasy 7 Remake postgame? Let us break it down. This guide has minor non-story spoilers for what unlocks once you complete the game.

Like any RPG, Final Fantasy 7 Remake is driven by character growth and progression. That comes in many forms - newly unlocked materia, new weapons and weapon upgrades, extra skills - and, of course, leveling up. And level ups mean there's a level cap - and a lot of people like to know what the level cap in a game is before starting, so they can plan ahead and possibly grind.

On top of that, FF7 Remake isn't strictly over once you finish the game. A bunch of new stuff unlocks, including the ability to replay chapters in hard mode, some new challenges and bonuses to make hitting that level cap easy. Here it all us explained... 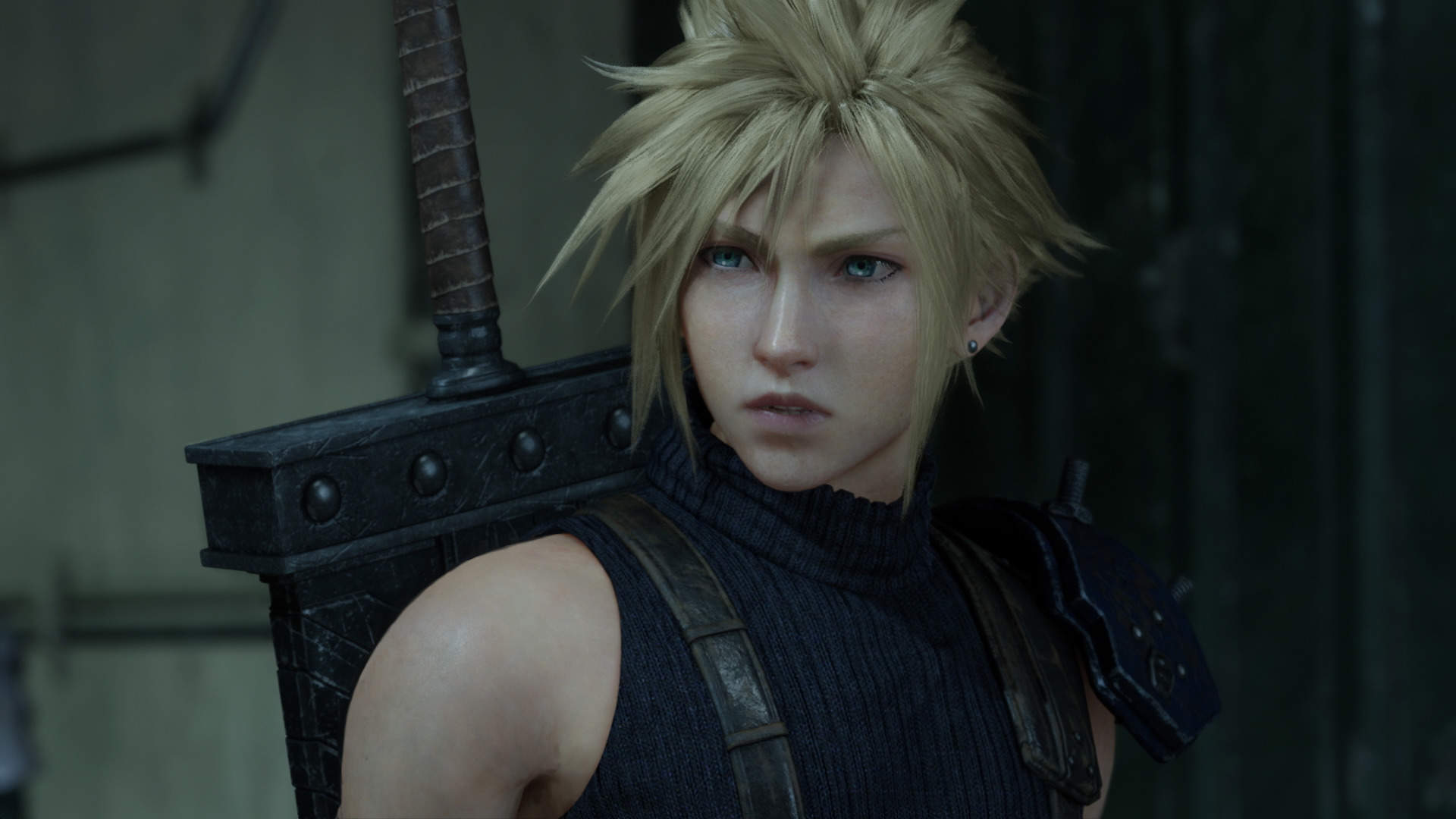 What is the Level Cap in Final Fantasy 7 Remake?

While character levels in FF7 Remake in many ways aren't nearly as important as things like your equipped materia and chosen weapon upgrades, it is still a major part of character progression as it raises those all-important base stats. And in FF7 Remake, your level is perhaps more prominent than ever before, as your character levels persist across multiple play-throughs and into hard mode - more on that in a moment.

Anyway, the level cap in FF7 Remake is 50. Once your characters hit level 50, they won't go any further, and at that point character growth will all be on other areas. You can still gain extra SP to level up your weapons from finding special manuscript items out in the world, however, and you can still grow equipped materia through gaining AP.

By the time I finished the game, I had naturally progressed to level 35. How can you go on to hit the cap without a shed-load of grinding? Read on, dear reader... 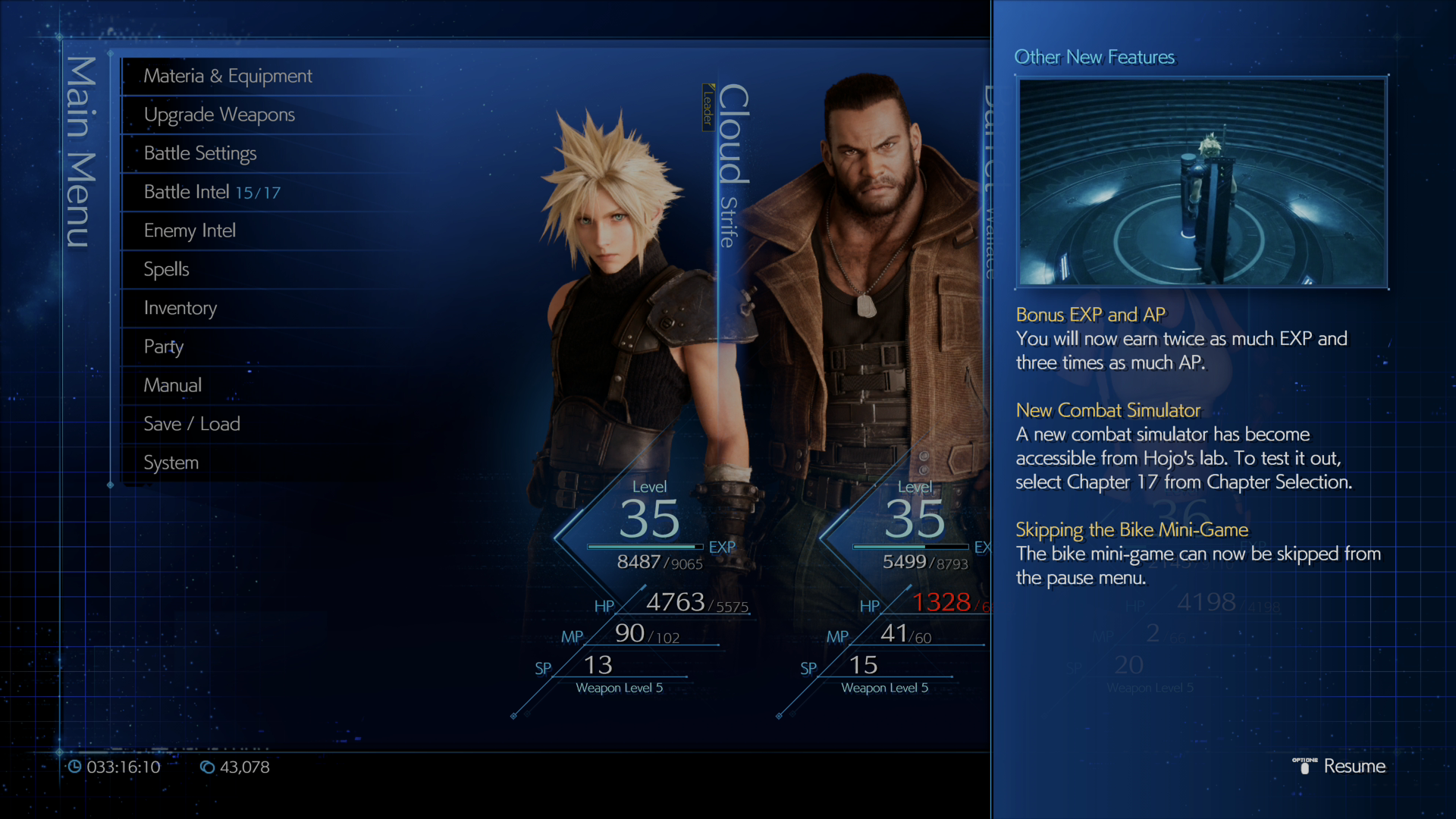 Hard mode, the Postgame and New Game Plus in FF7 Remake

In a choice that is sure to prove divisive at the very least, it's not possible to start Hard Mode from the very start of FF7 Remake. It's also not possible to start an entirely 'new game' with hard mode - if you want it to or not, your progression from normal mode will carry over to hard mode once you unlock it by finishing the game and seeing the credits roll.

Hard more is basically a new option that unlocks at the end of the game. You also unlock chapter select - so in order to play the game on hard, what you basically have to do is select chapter 1 on hard and simply play forward from there. This is both your hard mode and your new game plus rolled into one, since as we said all your equipment, materia, Moogle medals, non-key items and upgrades carry over. Your progress with Chadley's Battle Intel Reports carries over, too.

Hard Mode and the postgame is also perfect for grinding, as you'll get double EXP and triple AP from every single encounter. The encounters on hard mode are worth more EXP and AP thanks to their increased difficulty, too - so I found I hit the level cap after just a few chapters of hard mode.

In terms of other post-game activities, it's worth keeping in mind that if you didn't beat every challenge in the colosseum or VR areanas, they are still available to you by replaying the chapters in which they appeared through chapter select. There are also story brenches to experience - and all of these are listed in the play log, found in the system section of the main menu alongside character select. Finally, there are all-new VR battles available in a special Shinra HQ VR suite - Chadley will guide you to this the next time you replay Chapter 17.