One new collectible in Final Fantasy 7 Remake is Moogle Medals - and you'll want to collect these items to buy cool stuff from a one-of-a-kind shop. This guide contains minor quest spoilers.

For the most part, Final Fantasy 7 Remake is incredibly loyal to the Midgar section of the PS1 game that it's remaking - but there's also plenty of all-new additions to the world and story to keep you busy and make this stretch of the story significantly longer than in the original. One such distraction can be found right from chapter 1 where you might begin to find Moogle Medals - but you won't be able to spend them until much later, in chapter 8. Allow us to explain... 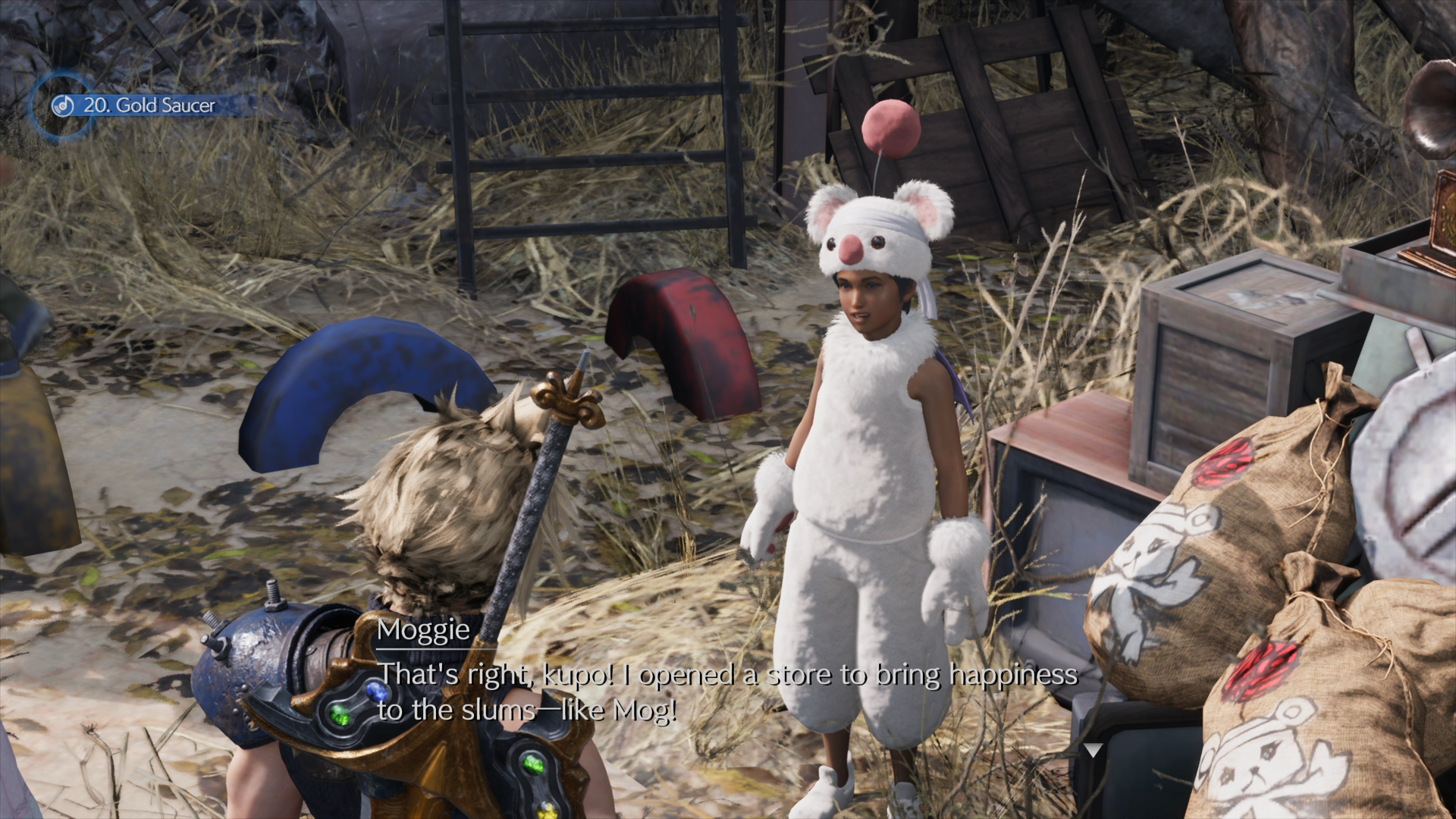 Moogle Medals in FF7 Remake explained: how to get them and what they do

Moogle Medals can show up from early on in the game, but as we just said, you won't be able to actually use them until later on. If you're reading this page because you've picked them up and aren't sure what they do, allow us to give you the quick explanation: Moogle Medals are a special currency that you can spend in a special shop.

This shop is home to unique items, and includes stuff you might want to collect like music tracks and useful items like Ether and Elixir, but it also includes stuff you will definitely want like weapons, accessories and key items for some side quests.

Items you'll definitely want to grab from the Moogle Medal shop include Barret's melee-based Steel Pincers weapon, Aerith's Silver Staff Weapon, and four 'manuscript' items that give Cloud, Tifa, Barret and Aerith more skill points to spend on weapon upgrades. The Moogle Shop is run by a kid dressed up as a Moogle who you can first meet in Chapter 8 as part of the 'Mysterious Moogle Merchant' side quest. The kid is in the Sector 5 Slums kids' hideout that gets introduced as part of the 'Kids on Patrol' side quest that is available during chapter 8 - so complete that quest to get access to the shop.

To spend at the shop you'll first need to spend a single Moogle Medal to get a Moogle Emporium membership card, and then you'll thereafter have to spend varying amounts of Moogle Medals to get the items within. The items all have limited quantities and thus the shop is generally quite finite.

How to get Moogle Medals, you ask? Well, that's the simpler bit - Moogle Medals actually appear throughout the game as random loot. They can primarily drop from the metal and wooden Shinra Electric Power Company boxes you can smash out in dungeons and in the world at large. These boxes often provide Mako Shards that can heal you back some MP, plus items which can include Moogle Medals.

These boxes repopulate when you reenter or reload areas and there's always a random chance that Moogle Medals can drop from within, so it is possible to farm - but we recommend you don't bother. You should be smashing open boxes to heal your MP and pick up potions as a standard part of your FF7 Remake strategy, and if you're doing this you should have plenty of medals to hand every time you visit the Moogle Emporium shop.

Sometimes Moogle Medals are set drops from chests, too. The Moogle Emporium shop appears a few times throughout the game, always in the same location - so whenever the story takes you back to the Sector 5 Slums, be sure to pay a visit to the kids' hideout and see what's in store for your Moogle Medals.