Part of what makes Final Fantasy 12 so special is that it's the most complicated in the series.

In many ways FF12 resembles a full-blown tactical game more than a traditional RPG - and that makes sense, since it comes from many of the people behind Final Fantasy Tactics. It's even set in the same universe of Ivalice, albeit in a fairly disconnected and solitary way.

All that means, however, is that FF12 can get very complicated - and many of the changes and additions in the PC and PS4 Remaster Final Fantasy 12: The Zodiac Age actually serve to make the game even more complicated. In our review we explained why that's really a good thing, but it does also mean you might find yourself a little lost when you first start.

That's why we're here, however! After many, many hours exploring Ivalice both in the original PS2 release of FF12 and The Zodiac Age we know a thing or two about the job system, the license board, character strengths and all those other details - so listen up! Here are our top tips for those getting started on their Ivalice adventure...

This is a relatively small detail, but still one worth knowing: Final Fantasy 12's characters all have natural stats which mean they'll be good at certain things and less good at others. The job system is completely free-form, however, so when you're picking a license board and job for your character you can choose whatever you want.

This means that you can make somebody more naturally meant for physical attacking into a mage and so on. The character differences aren't as pronounced as in other FFs, so don't let this influence you too much - but here are the important things to know: 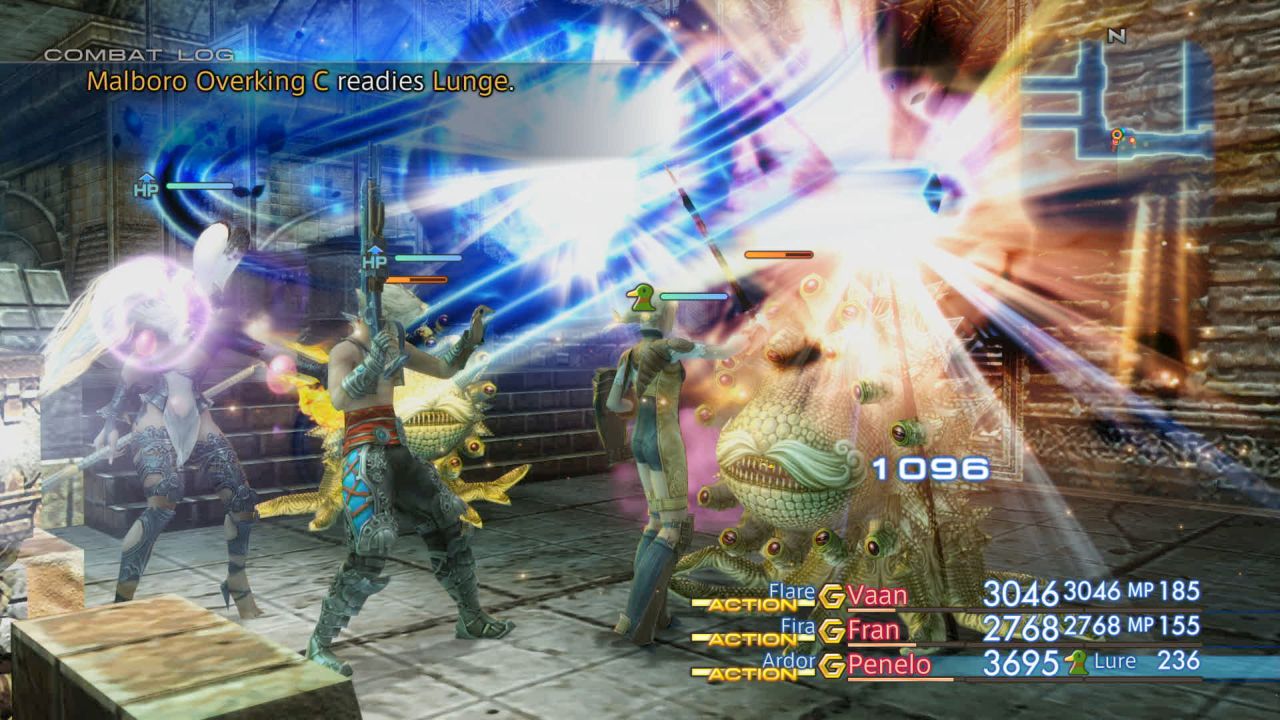 Understand the twelve job roles and what they can do

FF12 features a job for each sign of the Zodiac (thus the name of the game), and each has its own unique strengths and weaknesses in battle. Before you make a choice on which to use for each character, which we'll talk about more in the next point, you should make sure you're approaching each the right way and understand what they all do.

The archer's license board gives that job access to bows and light armor in gear terms and excel at being mid-range attackers with a range of support abilities that can weaken enemies. It's ultimately best as an offensive support character.

A classic Final Fantasy class, the black mage has access to the highest forms of offensive magic in FF12 and can attack from range. They use staves and robes, and their license board supports that. Any team should have an offensive magic component.

Bushi, which is basically short for Bushido, is exactly what you'd expect given the name - a samurai class. It can unlock katanas and mystic armor on its license board and can also use genji gear. It's a high damage job whose damage output is determined by both magic and strength stats combined.

The Foebreaker's purpose is clear in its name - it breaks foes by reducing their abilities using special 'break' attacks that lower enemy stats. They can unlock heavy armor and shields and thus can tank, but they're also vulnerable and are generally more suited to a support role.

The Knight fits the pretty standard sword-wielding, heavy-armor wearing role that you'd expect, though with some help from an Esper they can alsog ain access to some white magic. They start out as offensive-oriented, but can transition into a support role in the late game.

The master of all machines, the machinist gets access to guns as well as light armor on its license board. The Machinist is better off supporting from a distance, and in the late game gets access to some Time Magic to bolster this.

Another all-time classic Final Fantasy job previously repped by the likes of Yang and Tifa, the Monk uses light armor and is a generally physical attacker who also has access to some magic skills as they progress and grow.

The Red Mage is another classic FF job dating back to the very first game, and here again it's a physical/magic hybrid. Its license board can unlock maces, shields and mystic armor as well as a smattering of various magic skills.

Shikari job users can unlock swords, shields and light armor and can end the game as one of the best offensive classes, especially when combined with some other roles.

The Uhlan is similar to the Knight in many ways, but instead of swords gets spears to go along with its heavy armor. The Uhlan is more comfortable at a greater range than knights, but can get access to some breaks later in the game too.

The White Mage barely needs any introduction and is your dedicated healer. Like the Black Mage this is a dedicated job that is great to begin with but can really come into its own once it combines with another job. They get access to rods and mystic armor, plus a complete range of healing and holy magic attacks. 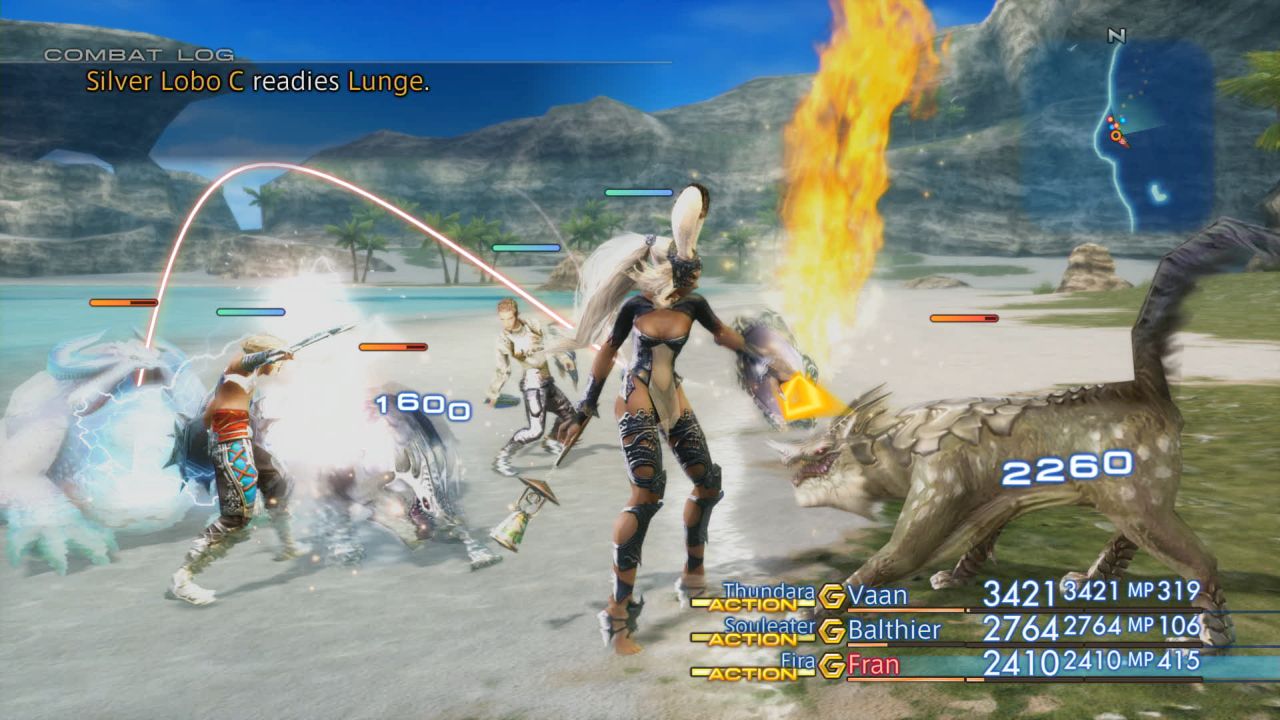 Once you choose a job and license board there's no going back or respec, so choose carefully

We can't exactly attach much actual advice to this one, but it's an absolutely key thing you should know before you start playing FF12 - there is no way to undo your job or license board pick for each character, and so once you've made your choices you're stuck with them.

RPGs today tend to spoil you with respec options, but FF12 is not so kind - when I asked the devs directly about this they told me the best way to respec was to, er, use the fast-forward to finish the game quickly and start over. Yeah.

Rules for picking the best first job in The Zodiac Age

Gambits are where FF12 gets really, properly complicated. This system unlocks early on but will absolutely define your experience with the game. Without gambits, you'll be stuck micromanaging every character manually and trapped pausing combat every few seconds - and this is absolutely not the way FF12 should be played. In fact, it'll be miserable if you try to play it that way - so don't.

Gambits are basically programming code that tells your characters what to do in battle. Gambits might tell a character to attack an enemy's weakness, or focus on the weakest or strongest enemy in a group specifically. Your white mage might have an automated set of gambits so they're constantly healing and buffing, prioritizing those who use it most.

When used properly, the player should be setting up detailed gambits before major battles and then hopping into the menu every now and then to change the gambits over or switch certain ones on or off depending on the battle conditions, while during the actual battle you'll be far more hands-off. At first you'll only have a few gambits, but as you progress through the game you'll unlock more via your license boards.

The gambit system can seem overwhelming at first and it might put you off, but we can't stress enough the need to embrace the gambit system early on. It opens up slowly, and if you start early it'll be a lot less of an intense learning experience. Enjoyment of FF12 is almost entirely rooted in understanding this unique gameplay mechanic. 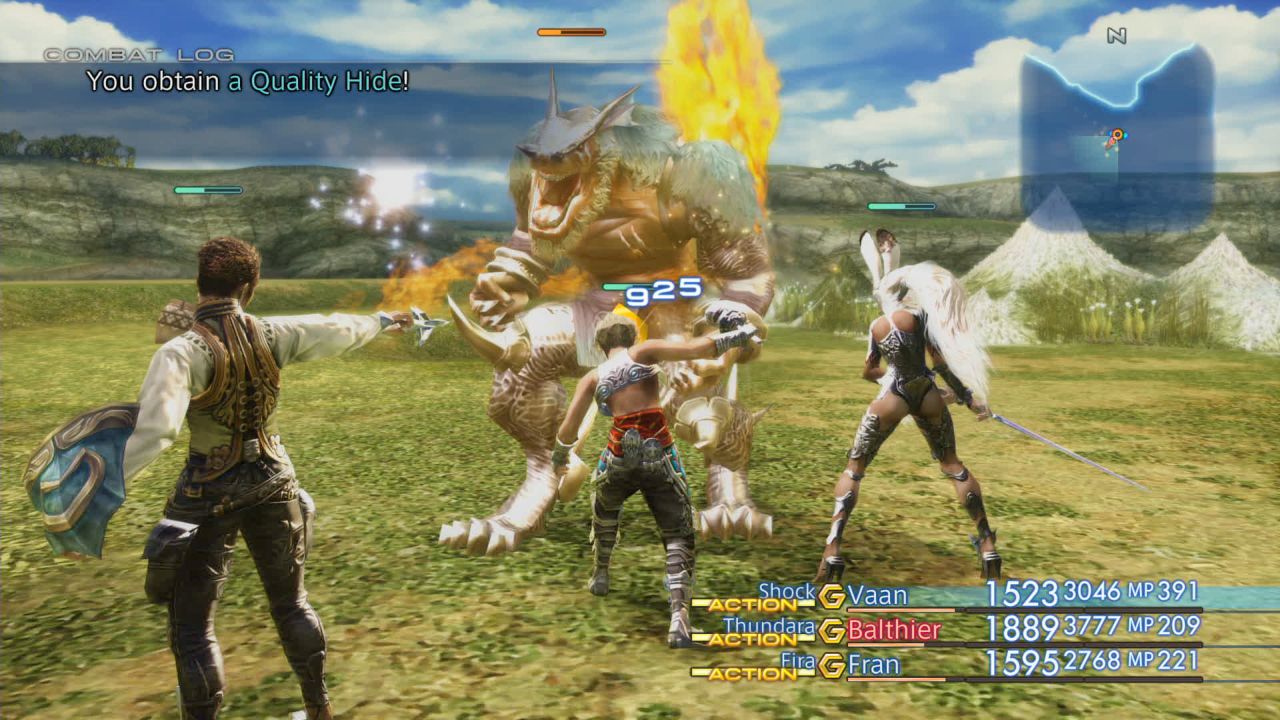 Far more than any other Final Fantasy, FF12 The Zodiac Age is full of enemies that absolutely need their strengths respected and their weaknesses exploited. In order to do this you need to know them, though - and yes, while you could hit up an enemy weakness guide on gamefaqs or something, there is one problem with that - your gambit-using characters can't read that guide.

You can set gambits so that characters deliberately exploit enemy weaknesses, but to do that you'll need to actually scan enemies to find those weaknesses out - that's what Libra is. It also tells you an enemy's total HP.

Libra is an absolutely vital skill, and casting Libra on new enemies should be the first gambit in battle for at least one of your party. It also makes traps visible on the battlefield. Libra is a Technick skill and only costs 20LP to buy - so you should grab it early.

The Archer, Machinist, Monk and Shikari jobs all have access to this technick naturally. The White Mage and Bushi can also gain access to it via the Cuchulainn Esper license and Belias license respectively.

Steal is almost as important as Libra, so do the same with that

FF12's steal skill is particularly useful too, so once you have access to a job that can use it you should set it to trigger at the start of the battle, with one or two characters ideally using it on all enemies with 100% HP until another character does some damage - making it an opener. Enemies often carry great stuff that's well worth having, just don't forget to turn this off during fruitless, difficult encounters.

Vaan, Balthier and Fran start the game with this technick unlocked already, but if you need it on another character the Machinist, Archer or Red Battlemage classes can all learn the license for it naturally. Black Mage can also earn this license with the Esper Hashmal used to unlock that section of its license board. 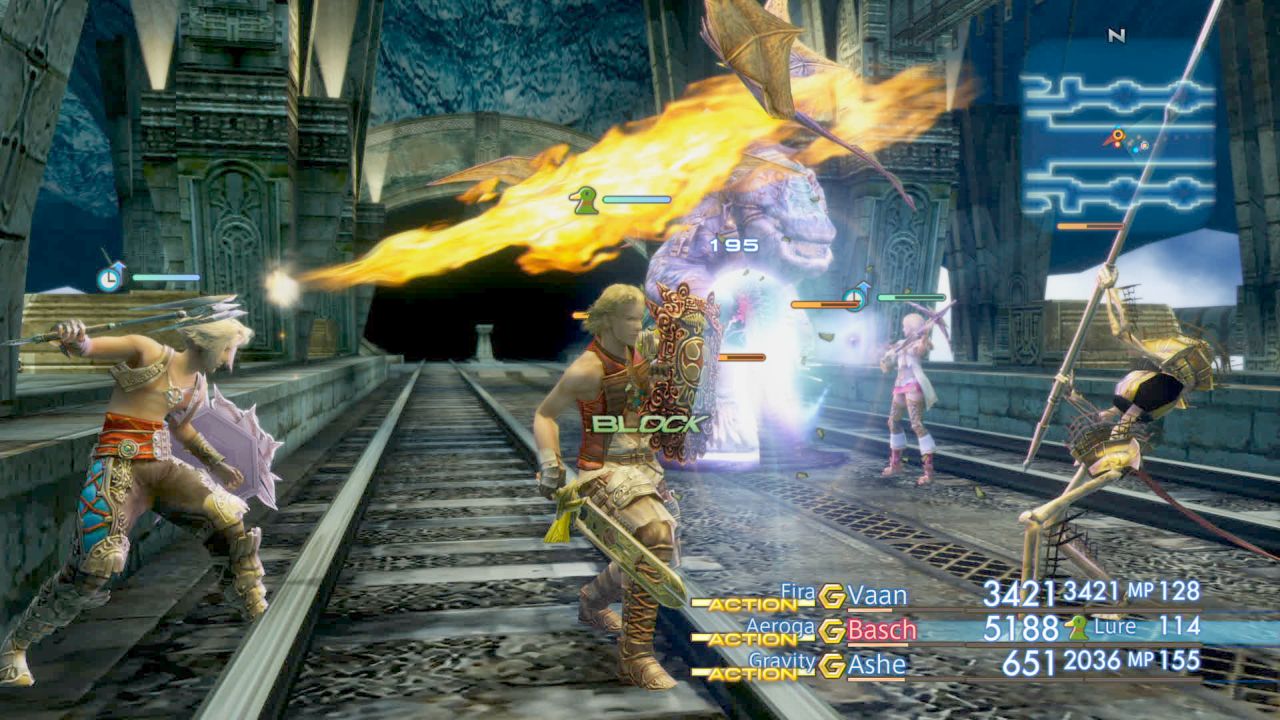 Because of the focus on enemy strengths and weaknesses mentioned above in FF12, you should also be extremely careful using that high-speed mode that's included as a new addition for The Zodiac Age. That move lets you speed the game up to double speed or quadruple speed with a press of L1, thus allowing you to speed through trash battles.

Be careful, however. Enemies that might look like trash mobs can very quickly turn the tables on you and utterly overrun you unless you're careful. The way strengths and weaknesses work in FF12 mean that the tables can turn extremely quickly even when you're focused on the game at regular speed, and you could zip towards a game over in high-speed mode in an instant.

When first encountering new enemies in new areas, slow things down, consider them, cast libra on them, and then set your gambits and the like accordingly. Only then hit that speed up button!