English theoretical physicist and cosmologist Stephen Hawking died peacefully on March 14, at the age of 76. Players in EVE Online are in mourning, lighting beacons in tribute of the exceptional man.

Cynosural beacons are used in EVE Online to allow players to open jump bridges and travel at warp speed. Placing these beacons emits a bright light, and players have been peppering them across EVE’s universe as a glowing symbol.

In EVE, the appearance of a beacon is usually a frightening sight - it means a rival player is about to jump to your section of space. Today, these beacons instead represent hope.

In addition to the beacons, one player is travelling to Molea, a player-run graveyard in EVE. Once they arrive, they plan to place a lasting memorial to the physicist. 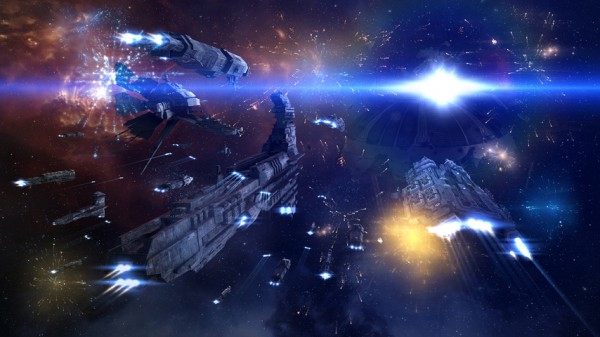 Some sections of unpoliced, null-sec space were positively glowing with tributes at one point - hundreds of them clustered together to create a dazzling light show.

It’s lovely to see the EVE community come together in this way. Usually, this is a game that makes the news because of intergalactic wars, betrayals that spill over into the real world, or players shipping EVE developer CCP a bag of dicks.

If you want to see what all the fuss is about, EVE went free-to-play in November 2016.