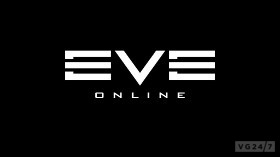 Launched on May 6 2003, EVE Online developer CCP Games recently held its birthday celebrations at Fan Fest in Reykjavik. A new trailer was then released to commemorate the game's history and future. Watch it here.

EVE Online will also get a TV series adaptation that will draw on user-submitted stories, and is to be helmed by director Baltasar Kormákur. Check out what CCP had to say about it here.

The game will also be re-released as a 'Second Decade' collector's edition box-set, which includes a board game, a symphony soundtrack CD and much more. Check out the goodies here.

Odyssey is the 19th free EVE Online expansion. It will focus mainly on starbases, but will also tweak and add in new elements of gameplay. Get a run-down of the changes so far here.

On May 6 2003, CCP Games opened its 'Tranquility' server to the public, and the world of New Eden was born. Unlike other MMOs at the time, EVE Online offered a very different plane of digital existence.

The developer didn't attempt to dictate or define its dense network of star systems and sectors through complex narrative or cinematic story-telling devices. You were the story-teller. You could become legend.

Over time the actions of Corporations would give birth to tales of deception, betrayal and loss that spawned EVE's community-led plot, and all the while CCP sat back and watched the thrilling space opera unfold. Always observing, but never interfering.

EVE Online is a Petri dish experiment, perhaps the greatest of its kind known to gaming. It's a place where the players themselves are the active ingredients, thrown in with enough tools to shape the world as they cruise the stars in search of a new fight or adventure.

That was ten years ago. This is now. I recently spoke with CCP Games CEO Hilmar Pétursson and chief marketing officer David Reid to understand what has driven EVE Online's success for the past decade, and what the team has in store for the next chapter in Tranquility's future.

"This is a sentimental moment for all of us at CCP," Pétursson told me. "This is something we have strived for against all odds, and against all rational, logical expectation of what is reasonable to do in a decade.

"We've brought millions of people along for the ride, and we hope to inspire a new decade of EVE Online, and to really explore this concept that has long since turned into more than just a computer game. I've been watching this evolve for a decade, but our best work is ahead of us. I now really believe in my mind that EVE will outlive us all."

One glance at CCP's recently-published interactive timeline gives players an overview of key events EVE Online's history, but by and large player-created events and battles are what steer the experience to the point that many have become canonised into the game's lore. It's slightly mind-blowing when you stop to really consider it.

It gets even more crazy when you consider - if EVE Online's popularity holds up - that the next ten years of this timeline are waiting to be filled out, and could be peppered with other outstanding feats from everyday players like you or I. It's a masterclass in dynamic world-building and user participation.

On January 27 of this year EVE Online players locked horns at the Battle of Asakai. It was a war that raged for hours on the Tranquility server and involved around 3,000 ships, each manned by a human player. In the end both sides incurred real-world currency loss of around $20,000 each. You can read up on the entire saga here, but Pétursson was keen to discuss CCP's response to landmark events like this, and how they define the game.

"Around the Battle of Asakai we were actually operating in something of a perfect storm," he explained. "There were so many things happening at the same time - the open beta of Dust 514, and another big player-driven event that wasn't as big as Asakai was. There was also the ongoing effect of Retribution and the improvements to the game that brought.

"There was a debate among CCP about what the effect of all these things can be be attributed to most, but certainly over the past ten years we've seen these events in EVE, bring new people to the game and to CCP - as there are some people working here today who first traded contacts with CCP through events in EVE Online." 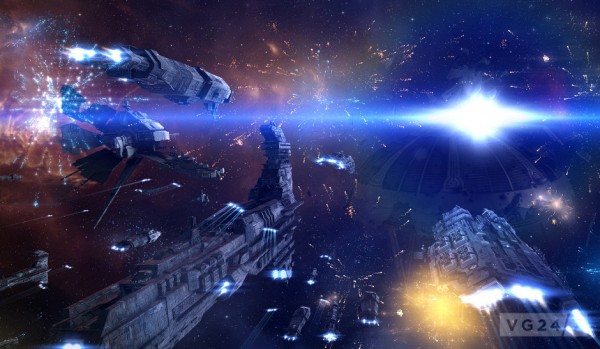 Reid added, "I remember - I'm guessing this would have been back in 2006 or so? - reading an article in PC Gamer at the time about the Guiding Hand Social Club heist, in which a group of players infiltrated one of the largest corporations in EVE, assassinated the CEO and walked off with all the money in their coffers. It was just a fascinating story for me of , 'Wow. This stuff does not happen in normal games.'

"This is really intriguing stuff that no one set out to design. The Battle of Asakai in many ways, is just the most recent example of unscripted player events that have happened. But I think what we're seeing right now in all things EVE and DUST is a rising tide across the launch of Retribution, the DUST open beta and Battle of Asakai, and that things are swelling very nicely around the business. We all sit around the water cooler - as it where - and hypothesis how much growth we can attribute to any one of these things."

If big player events are regarded by CCP as key catalysts in driving growth in EVE Online, how then does it look to capitalise on them, and to draw in new players when they are largely unpredictable? That part is still unclear, but Pétursson did shed some light on a few things the studio wants to focus as it heads towards the June 4 release of Odyssey, the game's next free expansion.

He explained that EVE's previous expansion Retribution, with its focus on player-driven grudges and revenge contracts is one way to kick the hornets nest, and how CCP hopes to build on there going into the next decade. "It's a great example of just focusing on the core thematic of what makes EVE work", he said. 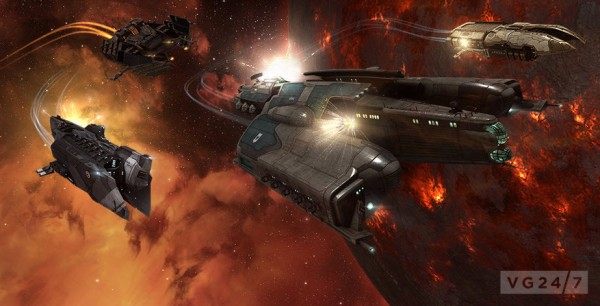 "It's another example of giving power to players to help them imagine their own destiny, and of CCP trying to 'step-off' from controlling the story as much as possible. Retribution is a good example of how effective that is, so what you will see this year is certainly more of a focus on the core gameplay of EVE Online, and on the 'Spaceships are serious business' aspect of the game.

"We will see more of those systems appear online as we progress throughout the year, particularly those that relate to a sense of wonder and aspiration. We'll then make them tighter, and more accessible".

Reid added that after the launch of Retribution in December last year, EVE Online saw its subscriber base leap past the 400,000 mark on Tranquility alone - not counting the new Chinese server 'Serenity' - and by February the audience had passed half a million. It got the CCP team thinking about why the expansion has helped the numbers grow, and to use those findings moving forward.

"It's led us to think deeply about how to make sure we continue to grow the game," Reid continued, "in terms of its core value to the existing players, and giving them more ways to interact, as well as new tools instead of us writing a bunch of stuff for them to linearly follow as other games do. At the same time we want to focus on making the game more accessible to new players who have never played EVE before.

"Because as the sandbox grows in size it just becomes more exciting for everybody in it, because each new player in the world makes an exponential number of new connections between other players. So we're excited about Retribution - not just from a commercial success - but from a view of, this is something that is working for our existing players and keeping them fire up, as well as working for new blood. 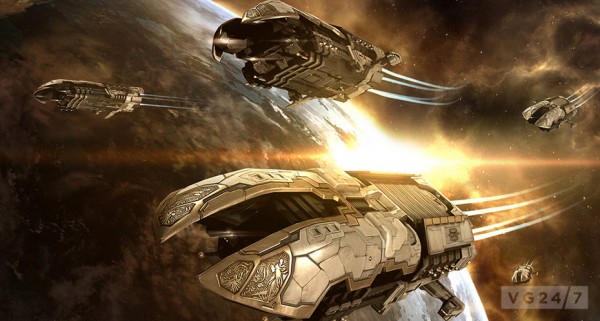 Pétursson continued, suggesting that the backlog of ship types and items in EVE Online over the past ten years has resulted in an intimidating assortment of data and things to do in New Eden. He recognised that there is a fine line between new players becoming daunted by the depth on offer, while veterans will appreciate the sheer scope of it all. Both sides present an incompatible pair of conundrums.

He suggested that accessibility need not translated into dumbing down, or to make the game easier from a mechanical point of view. Instead, clearer GUI, transparent rules within the world and better ways to customise panels are just a few examples of how CCP hopes to integrate newcomers into the fold over the next ten years.

The world itself will also continue to change over time, but Pétursson stressed that the studio needs to approach the task with a delicate touch. "We have added space and solar systems to EVE Online over the past ten years, and we will continue to do a bit of that," he explained. "We added a new dimension with Wormhole space to add new intrigue and mystery into the space.

"But what we're also focused on is how to grow the world inwards, because our solar system is a lot of empty space, and there are many things in outward space which are yet unexplored within the universe of EVE. So if you think of one solar system that might be fully explored from one dimension - in terms of how it's currently represented - then there are a lot of things within the solar system that are yet to be explored by the EVE Online experience.

"We'll continue to grow the physical space in terms of star systems, but also think more about how we can grow the world inwards. DUST of course, is a great example of how we've done that by turning all of the planets in EVE into content. There are districts on planets, and players are even mapping out where battles are taking place, and you see these little flashes of white whenever battles are ongoing".

This is my 5th interview with CCP Games, and they're still able to baffle me with their ambition and scope. As our chat took place before EVE Fanfest between April 25-27, Pétursson and Reid couldn't be too specific about the game's incoming Odyssey expansion, but the prospect of a whole other dimension co-existing with New Eden as it exists now made my brain juices boil.

There are still many questions as to where EVE Online might go in its next decade, but as long as the constants of dynamic user-driven story-telling, and the tools to write epic tales across the stars still exist, we could - as Pétursson colourfully suggested - all be dead before the MMO comes to a close. There's a nice morbid thought to start your week on.