As Dead Space 3 launches in the US and review scores begin to hit the web, Stace Harman examines how Visceral Games’ latest stacks-up against its predecessors. 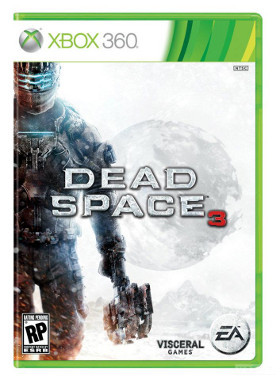 Dead Space 3 is developed by Visceral Games (formerly EA’s Redwood Shores Studio) and published by EA. It launches on PC, PS3 and 360 on February 5 in the US, February 7 in Australia and a day later in Europe.

The US live action launch trailer is here and has a curious Phil Collins-inspired accompaniment.

Dead Space 3 will feature weapon and armour pack DLC, like that found in Dead Space 2. Those impatient for weapon crafting materials can also purchase them via microtransactions, though based on my play-through you really needn’t bother.

Early on in the original Dead Space you encounter a man standing in a hallway. The skin has been flayed from his body and he is repeatedly banging his head against the wall. With a final, wet thud he succeeds his macabre goal and slumps to the ground, dead.

You look at him a while, wondering what unbearable suffering or unimaginable horror could have driven him to such an extreme. Then you move on, disturbed by the notion that you’re soon to find out.

In Dead Space 2 there is a nursery. There’s a scene of perverse pantomime in which a woman comforts a mutated infant that explodes in her arms. There’s the eerie juxtaposition of innocence and corruption; happiness and suffering; comfort and insanity.

The experience of the nursery epitomises the tone of the entire game. It succinctly illustrates that you must survive not only the physical horror of the Necromorphs but also the broken mind of the protagonist.

I struggle to recall a moment from Dead Space 3 that has the same impact as either of these scenes. Dead Space 3 is an entertaining and enjoyable experience, but its strengths lie elsewhere. Its power to entertain is derived from a subtly different set of values than that of its immediate predecessor.

Its compelling qualities differ from those of the title that birthed the series and that became the benchmark by which to measure mainstream survival-horror. In many ways, Dead Space 3 feels like the Hollywood blockbuster of the franchise.

While it lacks its forebears’ power to disturb and get under your skin, it excels in its own ability to delight and to put a smile on your face. 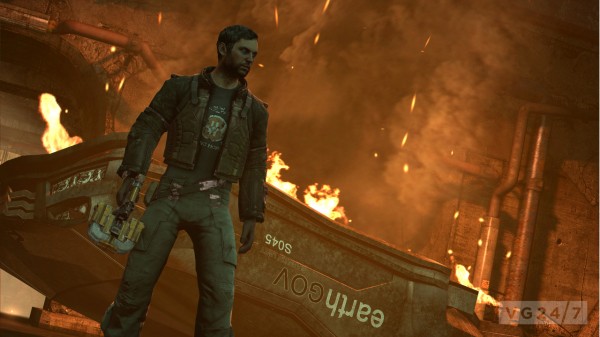 Much of what I would criticise and commend about Dead Space 3 can be boiled down to its sense of scale. Dead Space 3 feels grand. Perhaps conscious that it cannot set every Dead Space game in oppressive dark corridors, Visceral has expanded its boundaries in almost every way.

Its narrative further explores the history of the transformative Markers and draws more readily on other material from the wider Dead Space universe. Its primary setting of the frozen planet of Tau Volantis dwarfs that of its predecessors.

Its expanded cast of characters lend variety and an increased scope for soap-opera amidst the feral savagery of the Necromorphs. In doing all of this, Dead Space 3 broadens its horizons but loses some of its intense intimacy.

It is plain to see that Dead Space 3 is the work of a developer capable of great things. Its production values are exemplary and the advancements Visceral has made over the span of the three games are remarkable.

Visually polished, Dead Space 3’s lighting effects and texture work are excellent. The sound design is impeccable and the integrated HUD remains one of the best seen in any game world. Everything feels big and bold and impressively produced.

Rather than being slick with slime and gore and viscera, Dead Space 3 is slick with the professional, high-buffed sheen of Hollywood. While it’s no less bloody or deserving of its mature rating, Visceral has rounded-off its sharp edges and packed Dead Space 3 full of a more wholesome and homogenised brand of horror.

This is most aptly demonstrated by the two surviving characters from Dead Space 2, Isaac Clarke and Ellie Langford. Both suffered severe physical and emotional trauma during their previous ordeal; both have been made whole again. 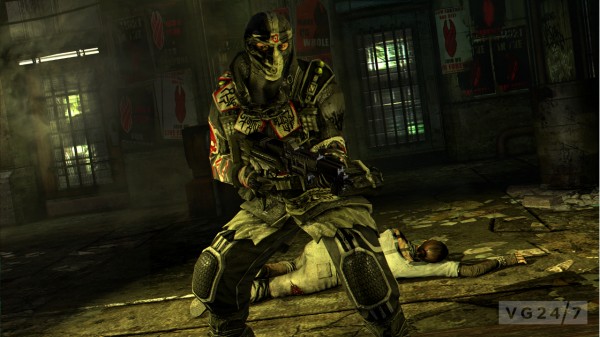 Ellie, who lost an eye to madman Stross, has had a fully-functioning artificial replacement fitted. In the 26th century this is a reasonable solution but the only mention of the grisly affair is in an optional text-log.

Meanwhile, Isaac Clarke has been transformed from the deranged and desperate man whose neuroses and hallucinations marked him as a unique protagonist. Now he is a more traditional world-weary hero with a smart-mouth. Both have been made whole: their ugliest imperfections airbrushed over for fear that the depiction of physical and emotional scars might fail to resonate with a broader demographic.

There is some relatable, easy-to-digest friction in Dead Space 3, but no real conflict. Instead, its primary emotional achievement is one of empowerment. Nowhere is this more apparent than in Isaac’s arsenal. The weapon crafting is a revelation for the series and aptly facilitates Isaac’s role as an engineer.

It is engaging, compelling and plain fun to turn a handful of scrap parts into a brace of death-dealing weapons and Visceral entices you back to the workbench time and again to swap-out components, modules, modifiers and upgrade circuits.

This has serious implications for game balance and how you utilise the other tools in Isaac’s arsenal, such as stasis and kinesis. If you’re a seasoned veteran you can even brave a first play-through on the hardest of the standard difficulty settings, which is unlocked right from the get-go this time around. 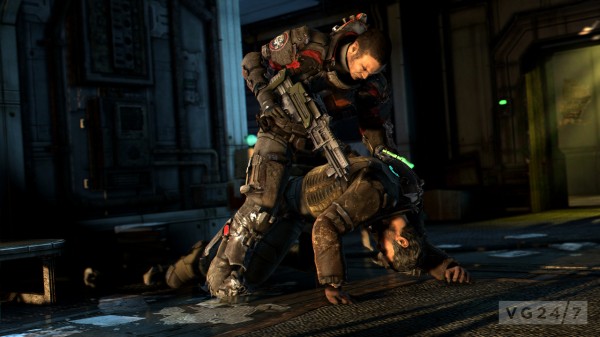 Elsewhere, Dead Space 3 pushes its boundaries with the introduction of optional objectives; frequently taking in areas that you will otherwise miss out if sticking to the critical path. These 10 side-missions offer Visceral a chance to experiment with both narrative and game play devices and are worth experiencing, even if one or two are little more than glorified loot runs.

Co-op play was sadly lacking from my PS3 review-build due to technical constraints. However, it’s evident that a great deal of Sergeant John Carver’s background story and character development is reserved for co-op mode.

In single-player, the three co-op-only mission areas that are scattered throughout Tau Volantis are inaccessible. Moreover, there’s none of the incidental chatter between Isaac and Carver, which has the unfortunate effect of leaving Carver’s personality to reveal itself in fits and starts through a handful of single-player cut-scenes.

While Visceral has the right idea to offer a narrative incentive to investigate the co-op mode, it should not come at the expense of the coherence of the single-player experience.

Fans of Dead Space 1 and 2 will find much to enjoy about this third entry in the core series, but they should go into it forewarned and so forearmed. For many franchise aficionados, Dead Space 3 will feature a little too much combat against human adversaries and the accompanying, rudimentary cover mechanic will feel as unwelcome as it does redundant (on normal difficulty, at least).

The broader scope of its exposition has the effect of reducing its emotional impact, while the finale is by turns preposterous and predictable.

Nonetheless, Dead Space 3 remains an expertly sculpted experience put together by a talented team. In some areas it fails to live up to its predecessors, while in others it exceeds their accomplishments.

Ultimately, it is to Visceral Games’ credit and detriment that the high standard against which Dead Space 3 is to be judged is that set by the developer’s own back-catalogue.