The new Borderlands 3 DLC, Guns, Love and Tentacles, releases next week and there are eight new Legendary weapons to get your grubby mitts on.

Alongside a new story campaign and a bunch of other new cosmetics and weapons, the Guns, Love and Tentacles DLC comes with at least eight new Legendary and Epic weapons. It's not clear what you'll need to do in order to get these weapons - whether it's from a specific boss or by completing a certain quest - but for now, let's take a look at what you'll be getting. 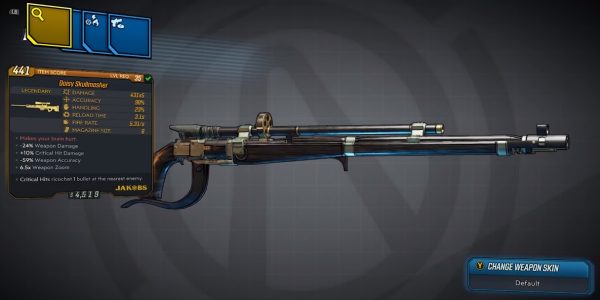 Each weapon will come with a roll that's fairly similar to the numbers reported by Arekkz in his latest video, and Borderlands 1 players will recognise an old favourite in the list below.

You can check out more details about the new weapons in Arekkz video down below.