As part of the new hype for upcoming sequel Overwatch 2, which will feature a series-first story campaign, the online story delves into Mercy’s backstory. Also known as Dr Angela Ziegler, it primarily concerns her time as an aid worker in Cairo, Egypt, and whether she will return to the frontlines to fight for Overwatch.

Of course, the story also brings other familiar Overwatch names into the fray. In this instance it’s Ana and Soldier 76 – the latter of which is obviously the best character in the game. Don’t @ me.

The short story also ends with a big tease for fans, with Mercy appearing in what seems to be an all new skin. Skins are a huge deal in Overwatch, so I’ve done you the liberty of screenshotting you this rumoured new one below. 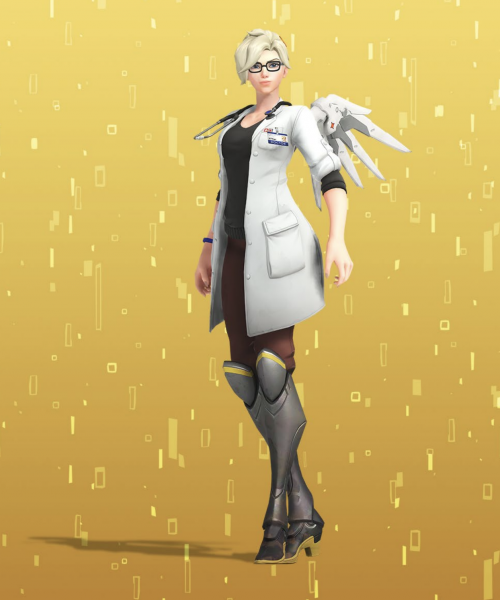 I’ve no idea how she gets that coat on over those wings.

Overwatch 2 was revealed a couple of weeks ago at Blizzcon, by none other than game director Jeff Kaplan. There’s no release date yet, and Kaplan himself doesn’t know when the game’s going to be out, saying ““I know it’s a lame answer, I’m super sorry, and it’s not like this top-secret thing that the last thing we want to tell players. It’s just that we don’t know.”

What we do know is that there’ll be the aforementioned new story mode, “multiple” new characters, and that both the original Overwatch and its sequel will coexist in some form, with the new characters and modes being available to players of the first game. We spoke to Kaplan at Blizzcon about how he hopes the game will influence the industry’s approach to sequelisation.

You can read the short story for yourself here.