Bethesda’s conference had it all.

There was new footage of a massive game coming out later this year with Fallout 76, there was a tease of things to come with Starfield and the next Elder Scrolls, there an amazing skit where Bethesda ported Skyrim to Alexa - which is actually real, by the way. Oh, and there was Andrew W.K.

But behind all the surprises, showmanship, and exciting gameplay demos was a clear message: multiplayer is a big part of Bethesda’s future. Following the success of The Elder Scrolls Online, it’s not a huge surprise.

For years now, Bethesda has been publishing some of the best single-player experiences around. Arkane, MachineGames, and even Bethesda Game Studios have all been almost entirely focused on delivering worlds, systems, and stories intended to be soaked up alone.

Prey: Typhon Hunter takes Arkane’s immersive sim and turns it into a 4v1 prop hunt. One of the best things about Prey is how it keeps you on edge - it achieves this by dotting alien enemies called Mimics all over the map. Mimics can be disguised as anything, taking the form of a chair, a mug, a pomegranate, a gun, and more before revealing themselves and trying to suck your eyes out of your face.

In Typhon Hunter, four players take on the role of the Mimics and Prey suddenly turns into a terrifying game of hide and seek against actually intelligent lifeforms. It sounds like it should be a lot of fun, but it’s a huge departure for a studio known for its single-player immersive sims, and it could be a sign of what’s to come when Arkane finally announces its next game. 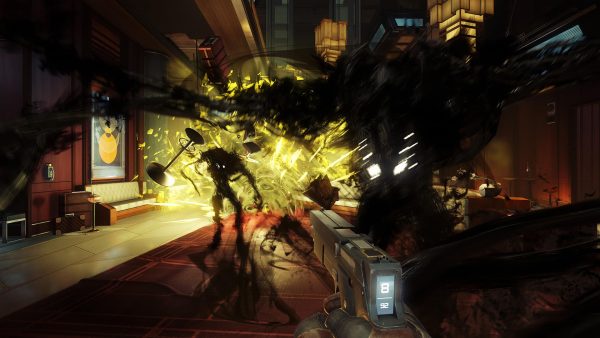 Likewise, MachineGames is working on a new FPS, Wolfenstein: Youngblood, and the entire thing is playable in co-op. Playing as one B.J. Blazkowicz’s twin daughters, you can quad-wield your way through swathes of Nazis, agrily spitting lead at everything that moves as a duo. It’s fascist-fucking business as usual, but now you can bring a friend.

Then there’s Fallout 76, which takes us to America just after the bombs drop, asking us to rebuild the glowing wastes. It’s a shared open world that’s four times the size of Fallout 4 and populated with around 12 actual players. 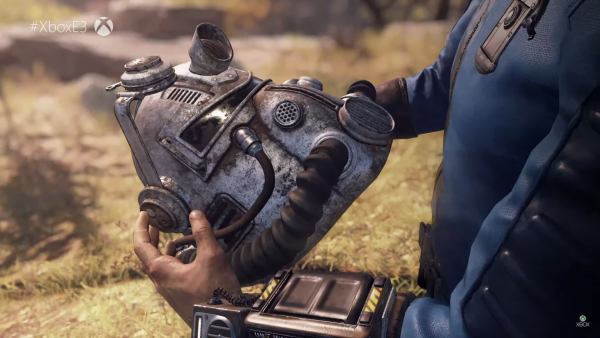 You can team up, fight, and build your own megabase before plonking it anywhere in the map. You can also mess with other players by dropping an actual nuclear missile right on their base/face.

It all sounds really cool, but it’s a clear departure for a publisher that was once focused on single-player games.

What this will mean for Starfield, Arkane’s next game, and the next Elder Scrolls is anyone’s guess. If these multiplayer editions outperform their single-player counterparts, I expect more of Bethesda games will soon follow suit.

What do you think of this shift - are you excited about new multiplayer modes or would you rather play alone? Let us know in the comments.