Battlefield 4 was unveiled last night and it looked very pretty. VG247's Dave Cook argues that next-gen developers have to be careful to avoid a significant but deadly trap.

Battlefield 4 looks lovely doesn't it? Like, no messing about here, because only a fool would say that it doesn't look like a technical marvel. The facial animation, the glistens of sweat, the lighting, the pained expression when you cut that chap's leg off.

It's all very impressive from a technical standpoint. Did I see innovation? Sure, from a visual perspective, but what was shown of DICE's next campaign follows the same formulae of Battlefield 3. Walk here, follow your buddies there, presumably press 'X' to do just about everything that isn't shooting.

I get it though: it's a shooter right? It's an action blockbuster of a game that needs to be guided to a degree, or else how will all of those mad scripted moments - that seriously do look insane by the way - play out properly.

It's a superb demo, but I'm not bowled over. See, if you were to go back about 15 years ago you'd be able to pick any game magazine off the newstand and read about visuals so realistic that you wouldn't be able to tell the difference from the game and the person sitting next to you.

Ludicrous hype I know, but even then I was fearful for the way gaming was heading. I prefer fantasy over reality, abstract worlds over real ones. That's just who I am. I'll type this next bit in bold so you really do get what I'm saying here.

I'm not saying that Battlefield 4 looks shit because one - I haven't played it, two - I wasn't there to see the demo with my own eyes and three - it doesn't look shit. My following complaints extend to all developer currently working on next-gen console games, or with the next wave of PC tech, not at DICE or Battlefield 4.

Got it? Good. So back 15 years ago I imagined what these games would look like. I pictured us walking around in Grand Theft Auto 10 doing every day things, getting mild kicks out of crimes and mad stunts that - because they looked realistic - suddenly felt dull. 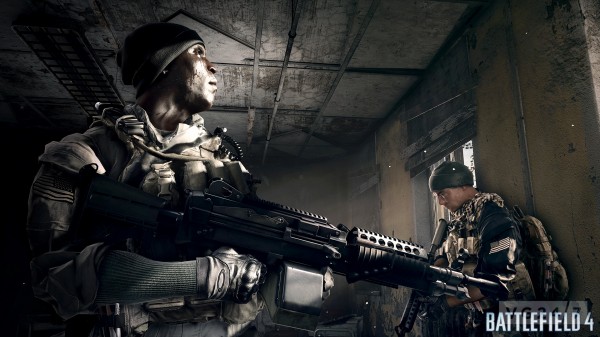 Then GTA 4 happened. That was more mature and realistic and many people claim it to be the dullest game of them all. I understand that's subjective of course. Better visuals are fine and yes they can drive gameplay experiences if they are handled properly, but fancier lighting or better faces isn't going to make raw, core gameplay feel any better in a shooter. I want 'shooting' innovation. New tricks.

That applies to all games, not just Battlefield 4. But on that note, you've no doubt seen me on here saying how much of a Call of Duty fan I am. True, but I'm also a Battlefield fan - I know, mad right, who would have thought it possible?

I gave Call of Duty the elbow when Bad Company 2 came out for well over a year, right the way from launch up to the time Battlefield 3 was announced. I still adore that game and feel it blew Battlefield 3 out of the water in terms of pure, fun gameplay.

And I know what you're thinking, "But Dave you tool, Call of Duty is hardly innovative is it, you chubby noob." Yeah I know, if anything Activision's franchise is one of the most guilty franchises of cut and pasting ideas ever. No really, I'm agreeing with you, it too needs to seriously wake up and make big changes if it's to survive another generation.

But back to Bad Company 2. It was just insane with open campaign maps, the ability to level a full area in multiplayer and so much more. Battlefield 3 felt stunted, slow and restricted to me. These concerns have followed me to Battlefield 4 and to all next-gen shooters as well. Again, this is a personal opinion and I fully respect yours too.

When we saw the PS4 announcement Killzone: Shadow Fall looked incredible, but once the gameplay began it looks like Guerilla had stolen Call of Duty's jacket. The shooting seemed faster, not like the weighted heft of its predecessor. But oh it looked lovely didn't it? 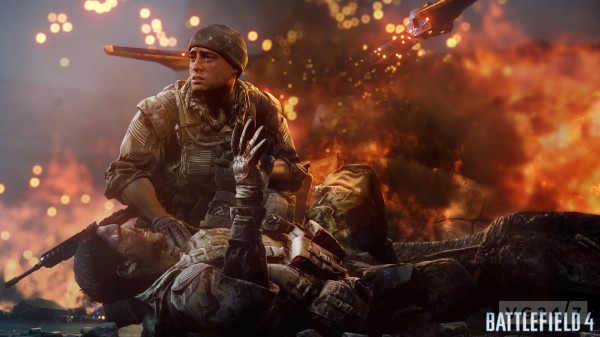 Innovation needs to happen across the board in next-gen. The potential is there if publishers let their studios run riot. but better visuals and particle effects are not innovation in the whole. They are visually innovative and perhaps enhance immersion to a degree, but if we're just doing the same old scripted chores then can we truly say that things have evolved that much?

It's like developers are jangling what appear to be shinier keys in front of our faces. They look like the best keys you've ever seen. They could change your life. You fork over the $60 asking price and look closer, only to realise they're not new. They've just been polished.

If you want an example of this in gaming, just look at Sniper: Ghost Warrior 2, a title that was 'under-achieved in CryEngine 3™'. Yeah it looked nice in places, but it was a buggy, slack and often broken game that wasn't enhanced by its visuals at all. This is a real trap that developers now face.

How to avoid that trap is the key. With the extra processing clout of next-gen consoles and new PC tech, it should be possible to try new, incredible things with the power at hand. But I fear we'll merely get the same old experiences with a lick of paint and nothing more until the indies have at it.

It's like asking a smelly tramp to wear a technicolour dreamcoat made of dreams. He may look like a fucking god, but he still reeks of last week's stale piss underneath.

Still, I have high hopes for Battlefield 4 yet, because if you read these pages a lot you'll know I'm a rife optimist who always gives the benefit of the doubt, so once again - I'm not having a go at DICE or the game because it looks ace - but developers need to know we won't be conned by visuals alone.