If the last week has taught us anything, it’s that the urge to hunt tiny monsters, trap them in balls and then make them fight is one that unites us all. Children are doing it, the US military are making jokes about it, democratic representatives are pretending they understand it, and billionaire WWE president Vince McMahon is reacting to it completely in character. It’s already reshaping the fabric of society, and it’s not exactly slowing down: with the official worldwide rollout not even complete and trading/farming yet to be introduced, you can probably expect the Poke-frenzy to escalate into actual riots before it all calms down.

But what happens when normal service is resumed and people remember that they can use their smartphones for things other than collecting Zubats? With the boundaries of AR tech thoroughly pushed back - and a whole generation of mobile users primed for more - the virtual stage is set for a golden age of on-the-go gaming. Here’s what we’d like to see. 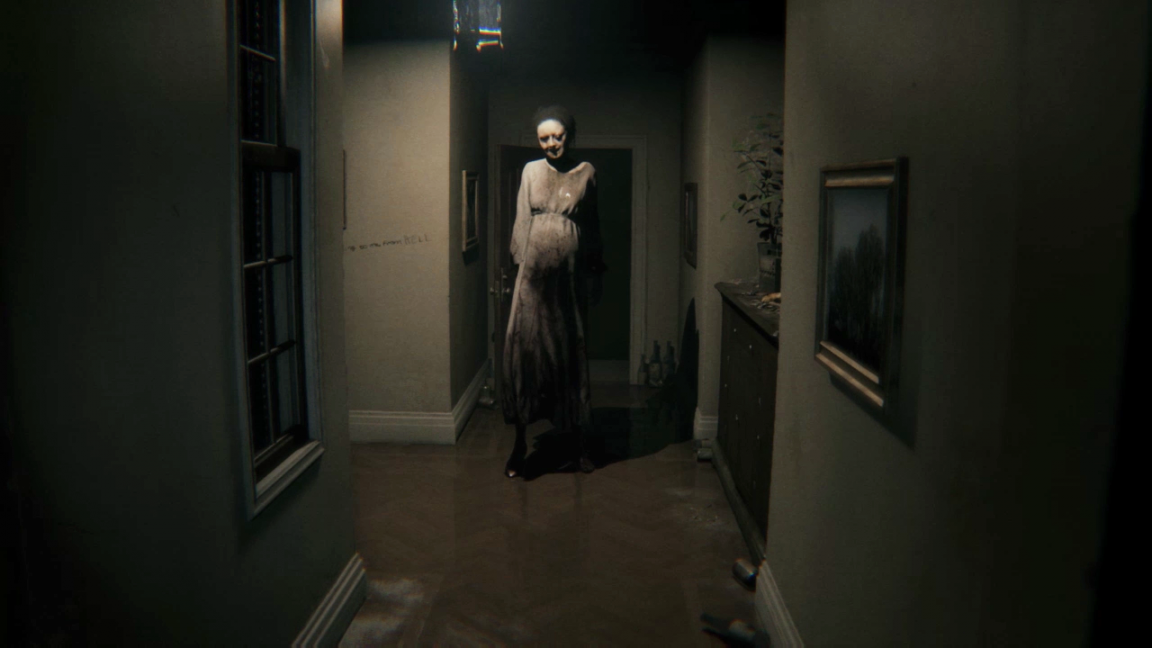 Think about this for a second. Wait, are you cradling yourself with your arms and sort of gently rocking back and forward? No? Think about it some more.

From the earliest games, Silent Hill has had one of the best horror dynamics in gaming history: the simple-yet-traumatic concept of being in a moderately-terrifying fog-world that can, on a moment’s notice, turn into a monster-infested hellscape. There was, of course, a first-person version in development - Hideo Kojima’s ill-fated Silent Hills - and with that in mind, please allow yourself to consider the idea of visiting the World’s Scariest Town via the magic of your mobile phone screen. Imagine it: a Memories-style static crackle on your phone alerting you as you approach a significant spot, followed by a text/voice message with an echo of the past, with hotspot-generated mysteries to solve. Blasts on the Silent Hill siren to alert you of a descent into the Otherworld, then a terrifying dash away from Pyramid Head once he spots you. Shudder-worthy? Yes: but it’s not even the worst thing mobile phone gaming could do. Because the real horror MVP is next...

Fatal Frame: No No No Aaargh Edition

Fatal Frame, in case you’re unaware, is the most frightening game ever made. Actually, let’s go one further: according to Naughty Dog’s Neil Druckmann, creative director on The Last Of Us, it’s "the scariest experience in any kind of medium." For the uninitiated, it’s about a magical camera that can capture and pacify spirits, but to really get the flavour of it, read that sentence again and imagine that oh wait what’s that in the ceiling oh my god it’s coming for youaaaaah

Technically, there has already been a portable Fatal Frame: Spirit Camera, released on the DS in 2012, which mixed in-game and real-world environments, forcing players to fight ghosts in both. But really, it was a game designed to be played in your bedroom. In an updated version, you’d be alerted to the presence of ghosts in outdoor environments by a buzzing from your phone, then tasked with spotting and snapping them before they could attack you. Of course, the beauty of Fatal Frame is its jump scares, which use the full repertoire of Japanese horror staples: long-haired women falling from ceilings, creepy children popping up unexpectedly and weird smiling men lurching at you when you really don’t expect it. The only possible downside to this: an epidemic of yelping and hurriedly-thrown phones sweeping our nation’s capital. 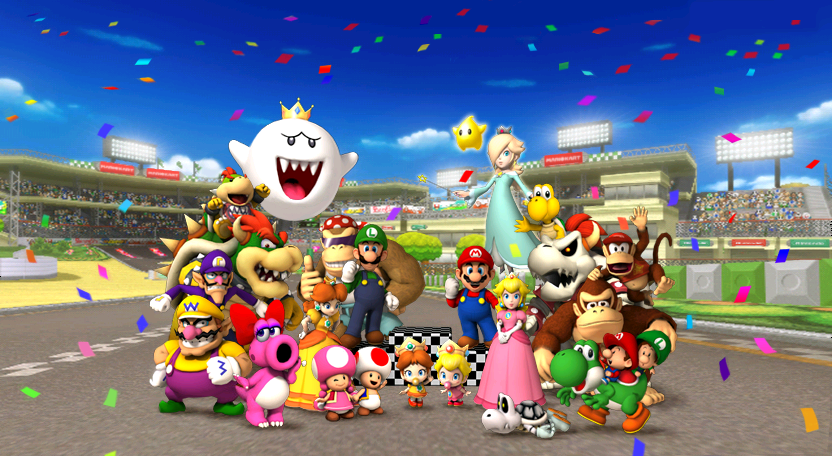 Right now, the frontrunner in augmented reality fitness apps is Zombies, Run: a mostly-audio running game based around reacting to radio reports about nearby groups of slavering undead. That’s fine, but for those who want more carrot than stick, the obvious choice is Mario, running around on his fat little legs, encouraging you to chase him. For an example of how this could work, look at popular run/bike app Strava. Users can generate and edit their own ‘segments’ - climbs, descents, loops or time trials - letting others challenge them over distances that are often super-short.

Toss in Peach and Bowser for a bit of motivation and things would improve. Even better would be the introduction of ghost-car style spectral racers, giving you a visual representation of a genuine human’s GPS-tracked run to keep up with. More complicated - but more true to the actual Mario Kart experience - would be the ability to race other users in real-time, with the introduction of virtual banana skins/shells to pick up, drop, avoid or hurdle en route. Hit one, and you’d get a red screen and a warning to stop for a pre-set penalty time or be disqualified from the race (Olympic-level triathlon already does something like this, via actual penalty boxes).

Yes, racing while holding your phone might get a bit precarious (Strava’s biggest issue is segments that run through traffic lights or commuter-crowded areas), but maybe that’s what the touted relaunch of Google Glass can come in. Besides, there’s a fair degree of evidence that short, repeated sprints are better for health and fat loss than long distance running. Just imagine how fit a few attempts at the course record around your local park could get you. 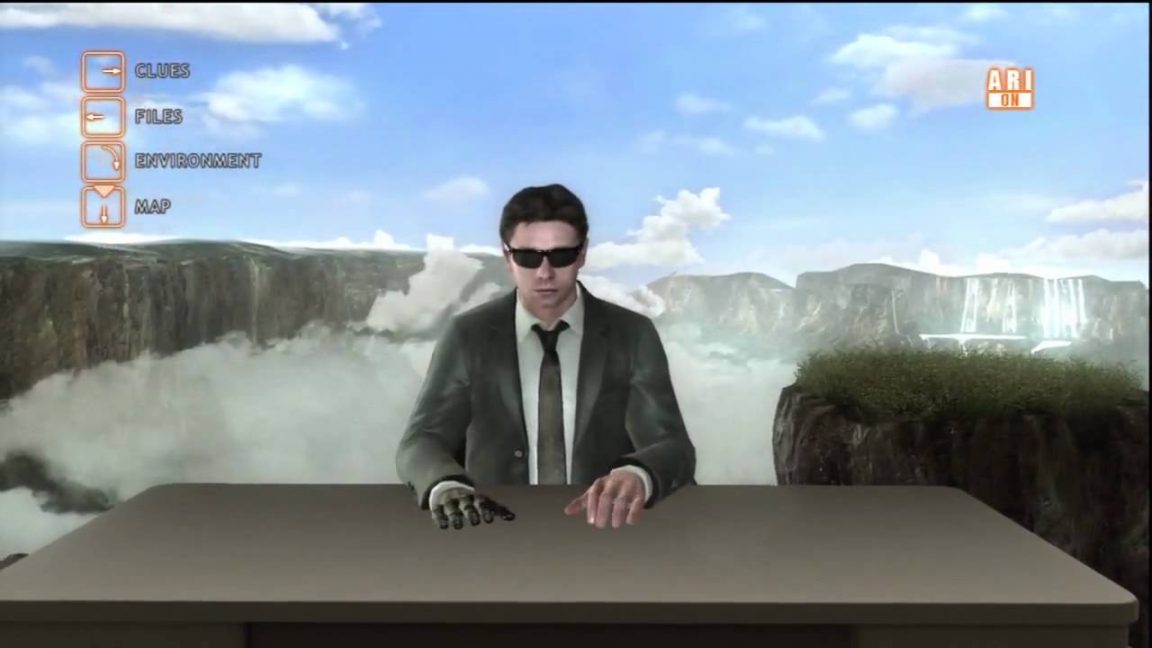 In case you’ve never heard of him, Norman Jayden was using AR to forensically investigate crime scenes before Batman made it cool. In David Cage’s Heavy Rain, he uses the Added Reality Interface (basically, a pair of shades and an electric glove) to examine crime scenes, sift through case files and scan dead cats (the FBI doesn’t keep records on them, apparently). Yes, he dies in almost every ending, but he could absolutely be resurrected for mobile, with users solving crimes set by other users (think Hitman’s Contracts mode) while managing their pretend-addiction to illegal nerve-soother triptocaine. People are already discovering bodies playing Pokemon, so this might actually help out an already-overstretched police force. 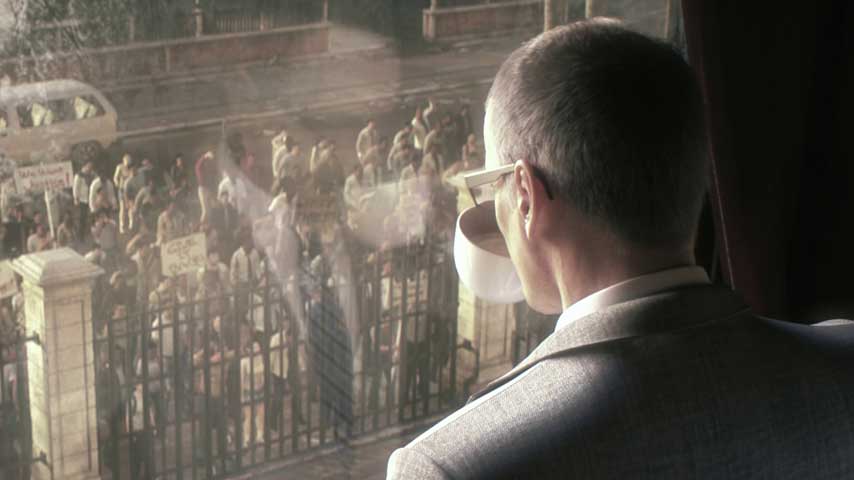 Bear with us, this is slightly complicated. There is already a thing called StreetWars, in which you’re given a target’s name, address, phone number, and tasked with blasting them with a watergun. Succeed, and you get a new target, until only one person (or team) is left in the game. Fail, and (obviously) you get blasted with water yourself. This (admittedly legally-fraught) option would transplant the whole experience to mobile, with you taking pictures of your assigned shootee rather than hose them with a water gun. Dressing as a delivery man, perching in a tree, murdering a mime and taking his clo...to be honest, this one’s going to take a bit more lawyering-up to get off the ground.

Okay, yes: there is something unbearably tragic (not to say dangerously insane) about the idea of walking, throwing sticks for, or whistling to a pretend dog that only you can see. But at the same time, there are lots of reasons not to get a real dog - time, money, allergies, lack of space, not wanting to deal with the inevitable decline of an adorable fluffy thing that loves you unconditionally - and loads of reasons why you’d want a magic unageing one.

This, then, would be the premise of Nintendogs 2: exactly like Nintendogs, except that you’d take your faithful hound to parks and fields, let it run around, and (ideally) train it to come back when you call and do tricks on command. A smartwatch/wrist attachment would let you chuck sticks and balls with varying degrees of ferocity, and it would be able to run and scamper around with other virtual dogs to help you make friends. For people who don’t actually want to leave their houses, there would also be a Cats edition.