It seems like everyone's got a Pokémon Go story. Here are come of the weirder ones. 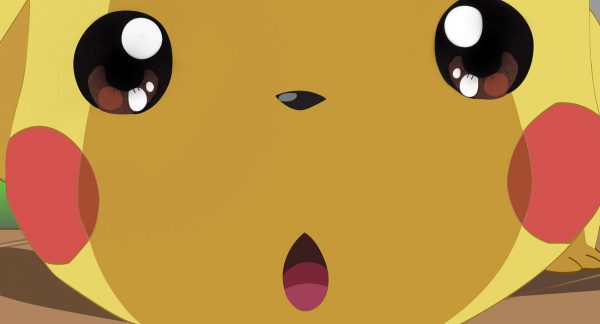 Pokémon Go's has become hugely popular, so much so that Nintendo shares have surged, despite the app still not being available in all regions yet.

Even if you haven't been playing, it's been hard to avoid the stories that range from bonding with fellow trainers at pokéstops to cessation of gang warfare as everyone puts their petty differences side to track down a nearby Jigglypuff.

One of the most sensationalised stories making the rounds is that of a group of armed robbers in St.Louis, Missouri, "luring" people to pokéstops at 2am to rob them.

"Using the geolocation feature, the robbers were able to anticipate the location and level of seclusion of unwitting victims," said Sgt Bill Stringer, talking to The Guardian.

A department spokesperson released a statement elaborating on the incident, saying, "you can add a beacon to a pokéstop to lure more players. Apparently they were using the app to locate [people] standing around in the middle of a parking lot or whatever other location they were in."

Presumably the "beacon" they're referring to is a lure module, that attracts pokémon to a pokéstop for 30 minutes for all trainers in the vicinity, but walking around at a godforsaken hour of the morning on your own with your phone out, not paying attention to your surroundings probably isn't going to end well no matter which app you've got on the go.

Speaking of GPS-based apps that actually do encourage a complete disregard for your own personal safety, Pokémon Go topped Tinder downloads in North America in its first day on Android.

"Over 60% of those who have downloaded the app in the US are using it daily," said Joseph Schwartz, digital insights manager at Similar Web, "meaning around 3% of the entire US Android population are users of the app."

The daily usage is currently higher than Whatsapp, Instagram, Snapchat, and Messenger.

And that time is being put to good use as the gentleman in the next story demonstrates.

Tumbler user Perchbird has decided to skip all of the necessary walking around to level up and catch pokémon by strapping his phone to a drone.

"The drone can go around 1,500 feet away from me and that is the estimated range of using Pokemon GO on a phone duct-taped to a drone,” he told Gizmodo. But being "restricted to the broadcast area of his WiFi [he can] only move the drone in a 50-foot radius around the router."

Pokemon and the dead body

So doing it the hard way and getting some fresh air while you meander around the local area looking for anything other than a Drowzee seems to be the best way to enjoy the app, but in a horrible fluke, a Pokémon Go player in Wyoming stumbled across a dead body while searching for a pokémon.

"I was walking towards the bridge along the shore when I saw something in the water," she told County 10 news.

"I had to take a second look and I realised it was a body. It was pretty shocking. I didn't really know what to do at first. But I called 911 right away and they came really quickly."

The local police have ruled out foul play.

When your house becomes a Pokemon gym

And lastly, in lighter news, a man is finding out what it's like to be a gym leader after his house has popped up as a gym in the app.

"Living in an old church means many things,” he said on Twitter. “Today it means my house is a Pokemon Go gym. This should be fascinating.”

He's shared photos on his account of what are presumably Pokémon Go players pulling up outside of his house in cars and gathering at the park across the road.

He's been very good-natured about the situation, and hasn't encountered any trouble with trainers, but is a little concerned in general with groups of people lurking around outside.

Woohoo! I met the owner of my gym. Nice guy. pic.twitter.com/uujdC3JYbA

This is what I'm a little leery of. People pulled up, blocking my drive way as they sit on their phones. pic.twitter.com/WpRbilk6g6

Have you had any weird or wonderful experiences with Pokémon Go? Let us know in the comments.