You’ve seen it on the horizon throughout your adventure, but now it’s time for Mono to enter the mysterious lighthouse.

It’s already obvious that there’s more to the magical building than meets the eye, but as you approach the finale of Little Nightmares 2, there are still plenty of puzzles in store.

From the glowing entrance to the lighthouse, keep walking down the corridor, then through the door at the end. 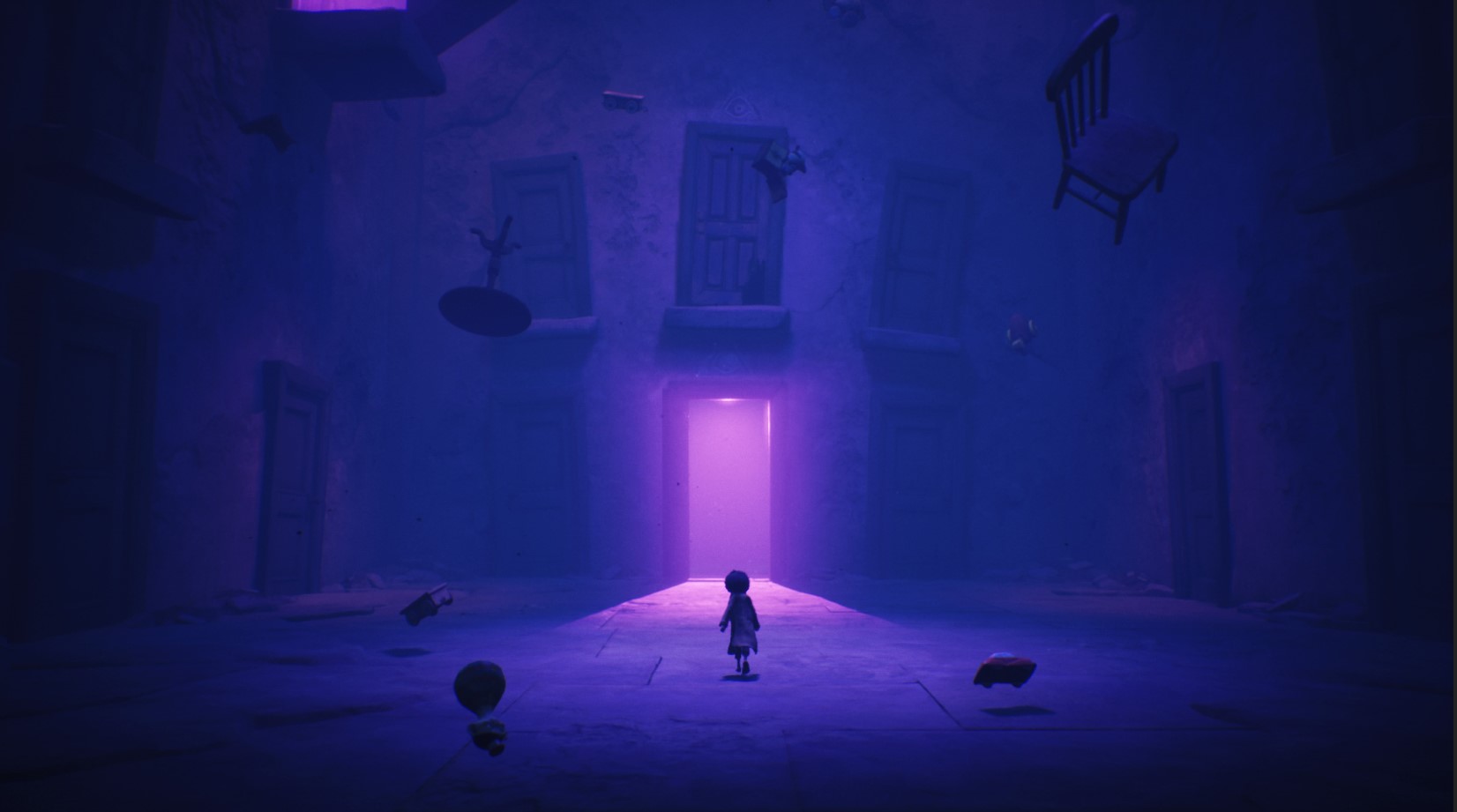 In this floaty room, walk towards the door in front of you, then into the other one that opens.

On the other side, walk up the stairs and into the next hallway.

Walk back through the door you just came through and you’ll appear on the other side. 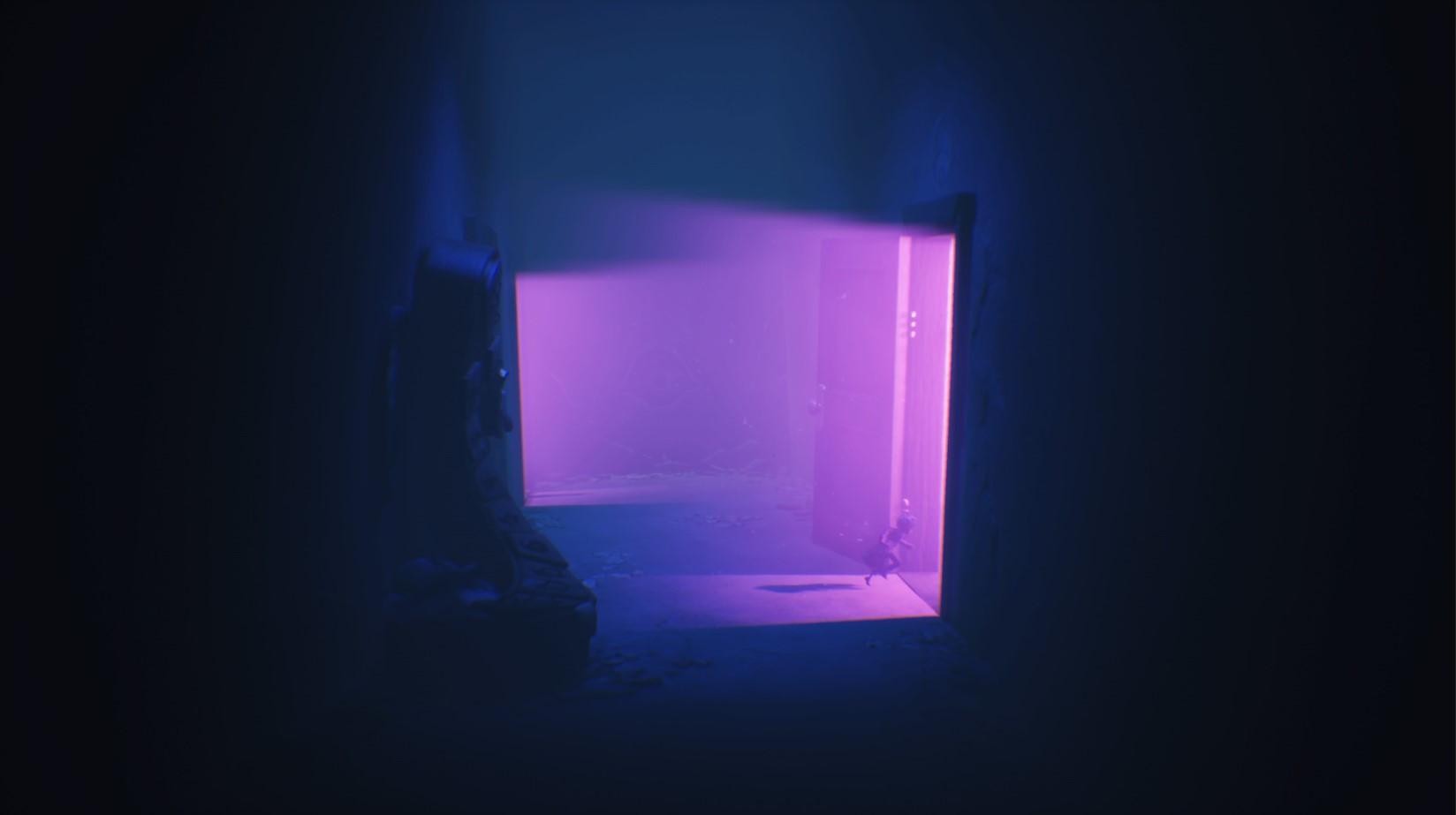 Now walk back up to that side and go through that door again and you’ll appear in a new hallway.

Walk through the middle one, the peely door with an eye looking up. 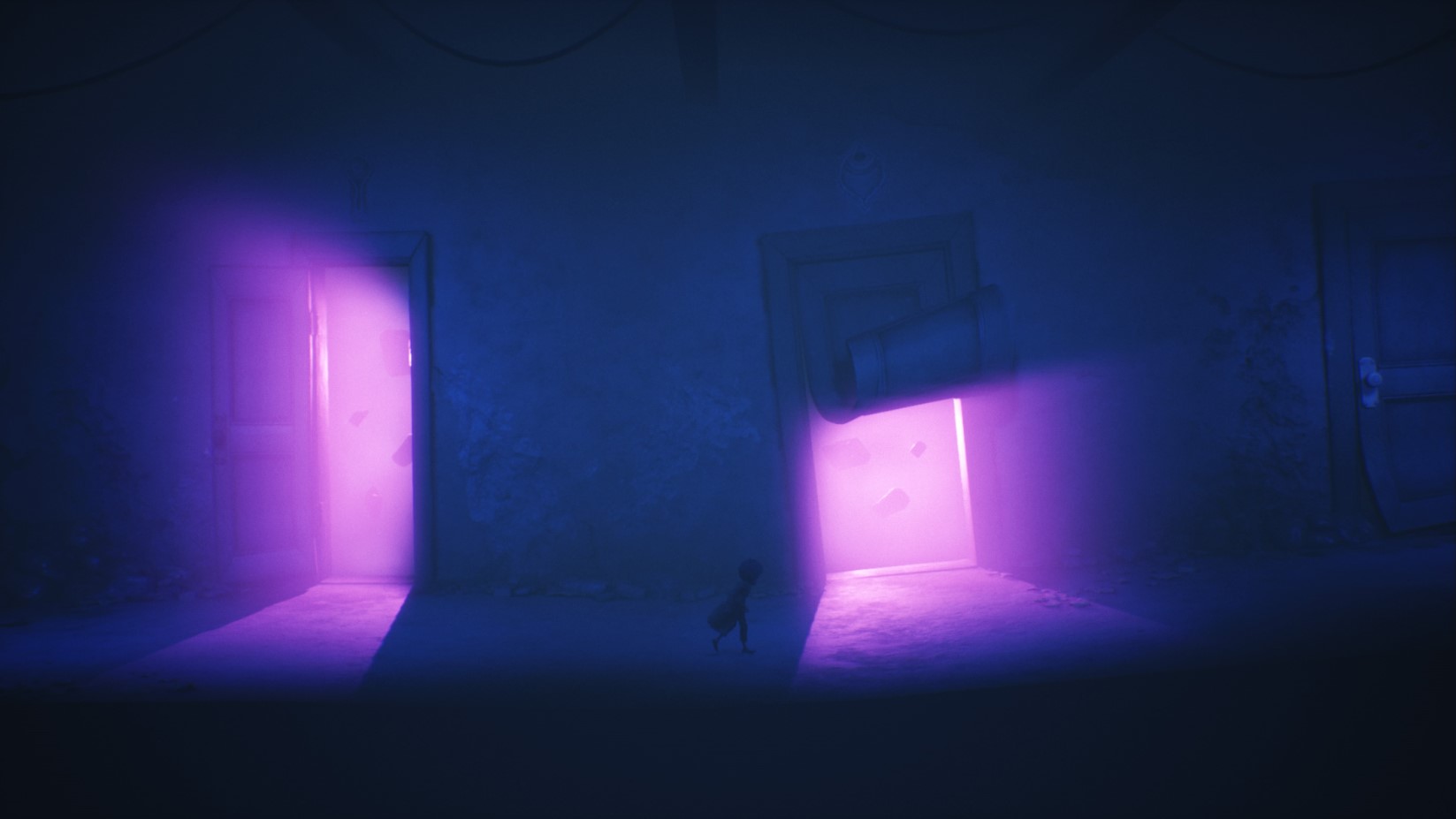 In the next room, go through the only open door on the left and up the stairs.

Throughout the next series of puzzles, your goal is to go through the glowing pink door that you can clearly hear music coming from.

So, in the room at the top of the stairs, open the door across the room from you by pushing it. 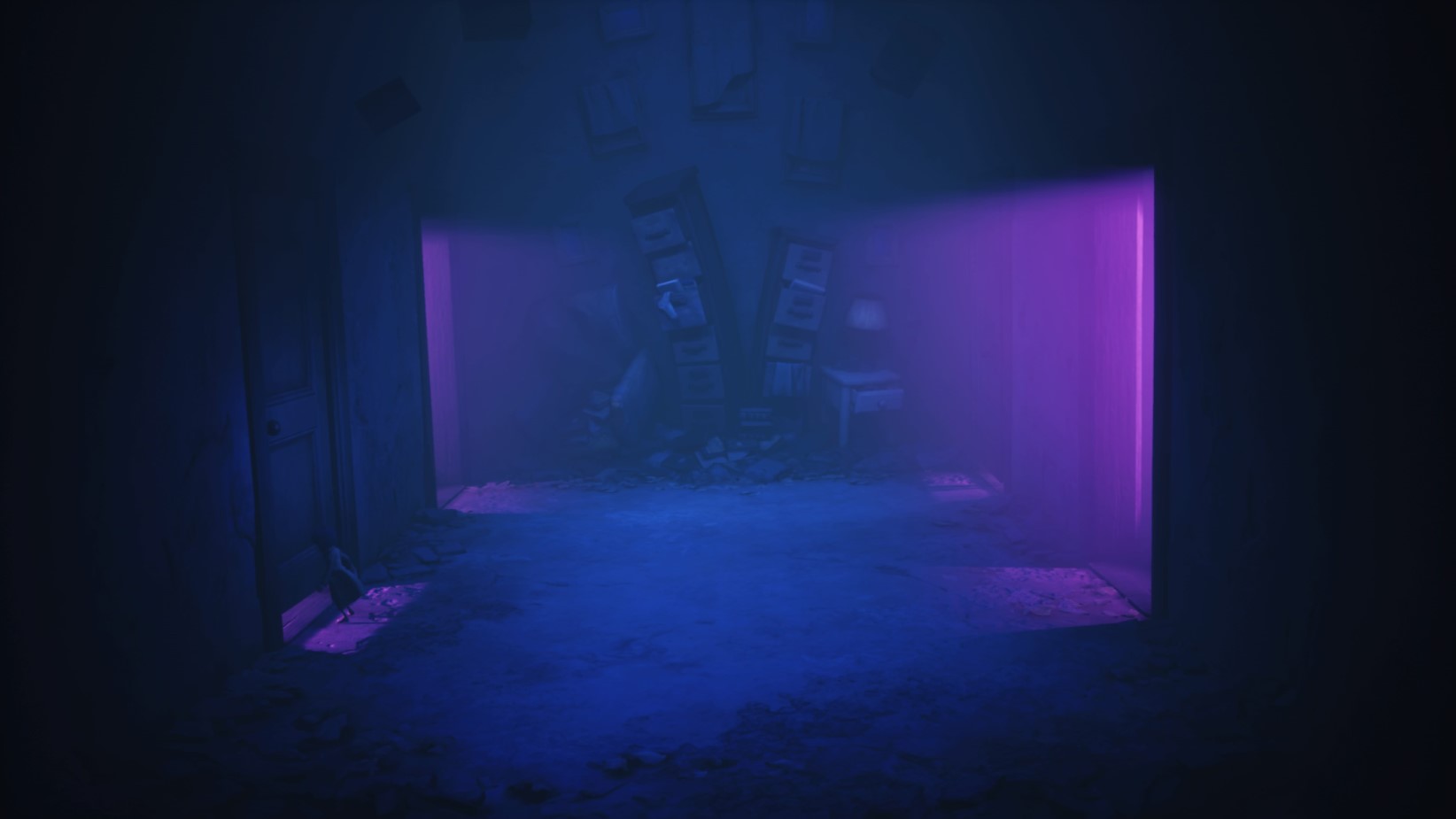 Then go through the door on the top left, then the one in the top right, and finally the door in the bottom right (where you came in). 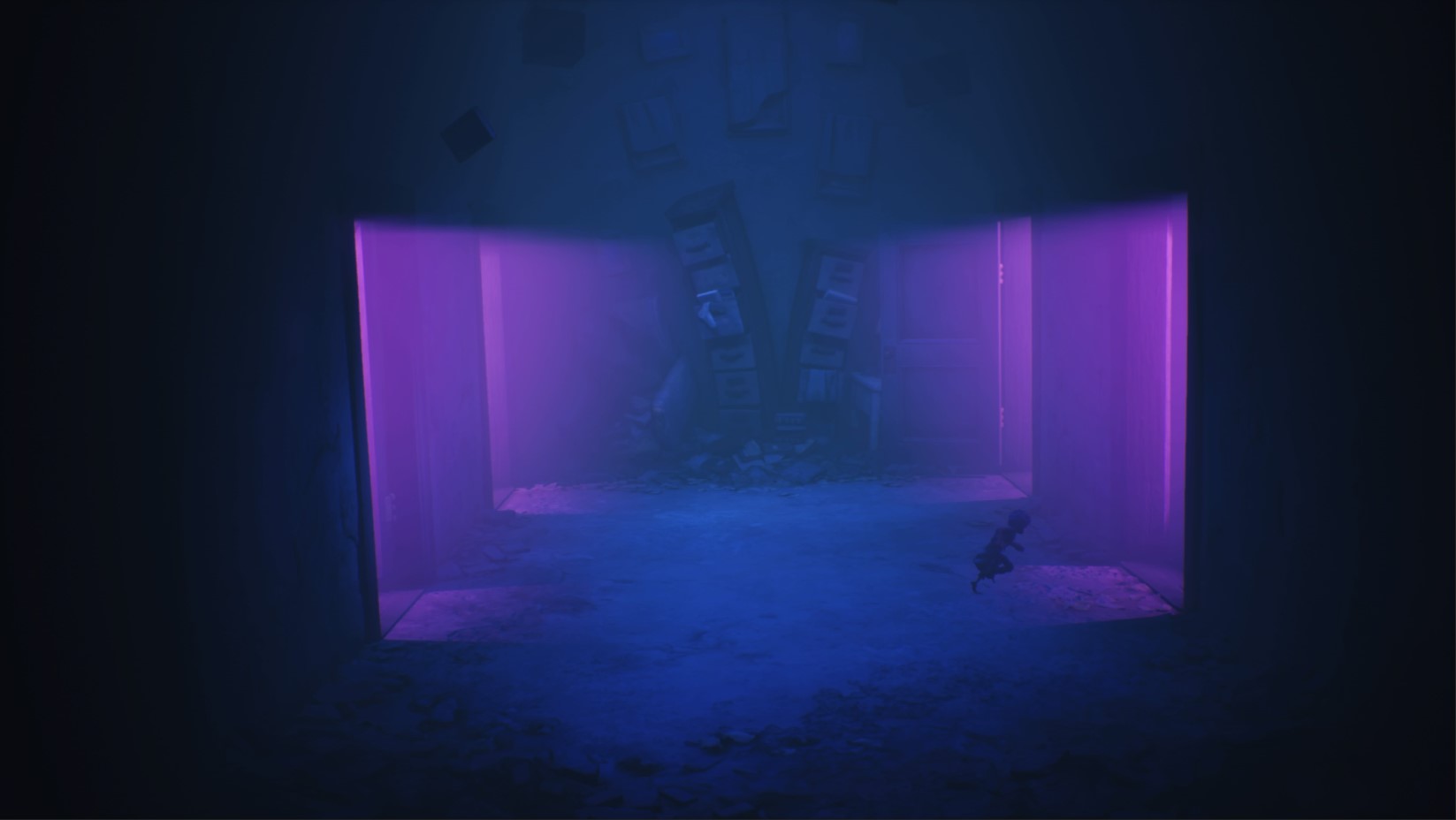 Ascend another flight of stairs, and in the next corridor, push the white-marked plank in the middle of the floor to bridge the gap. 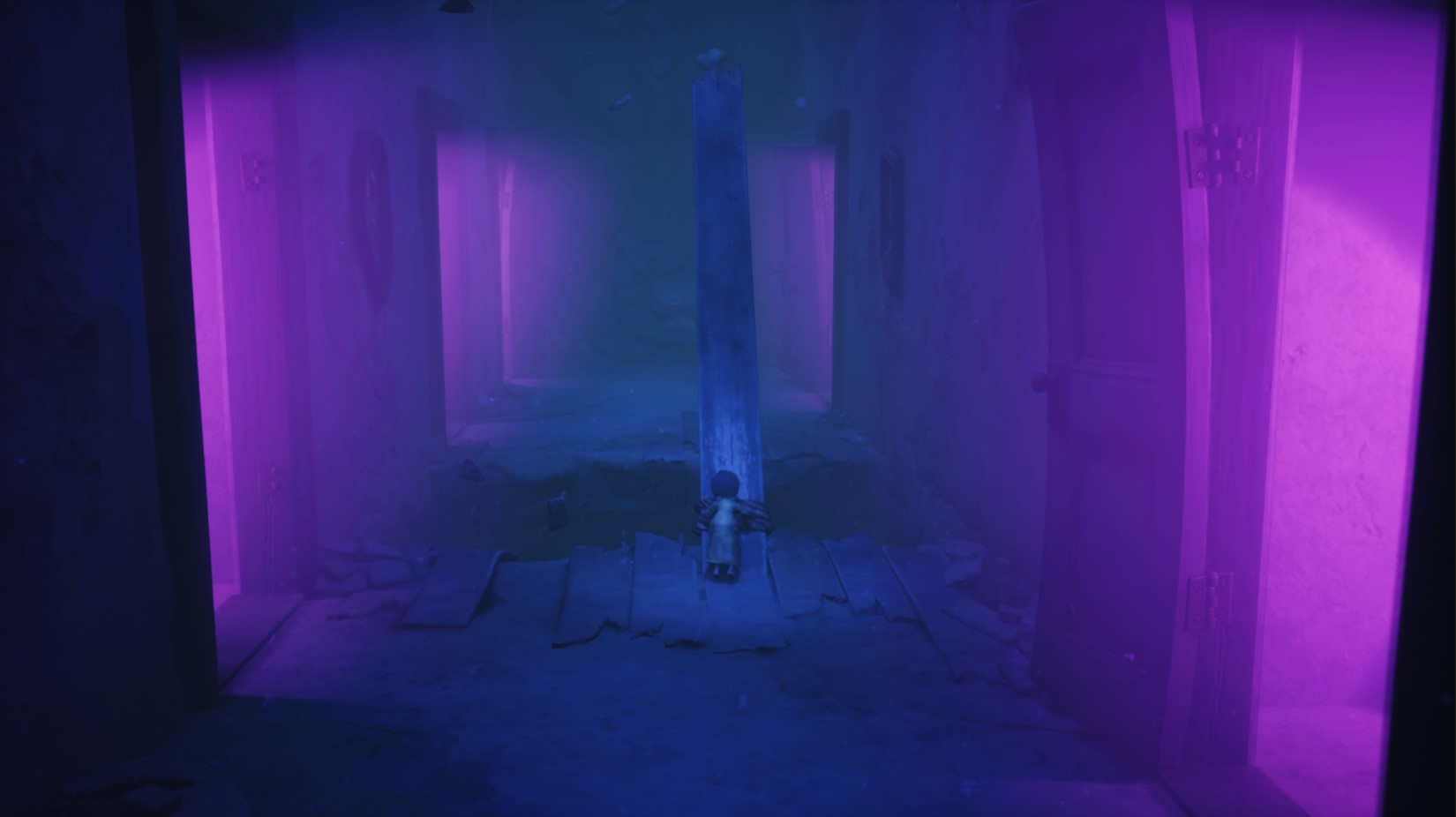 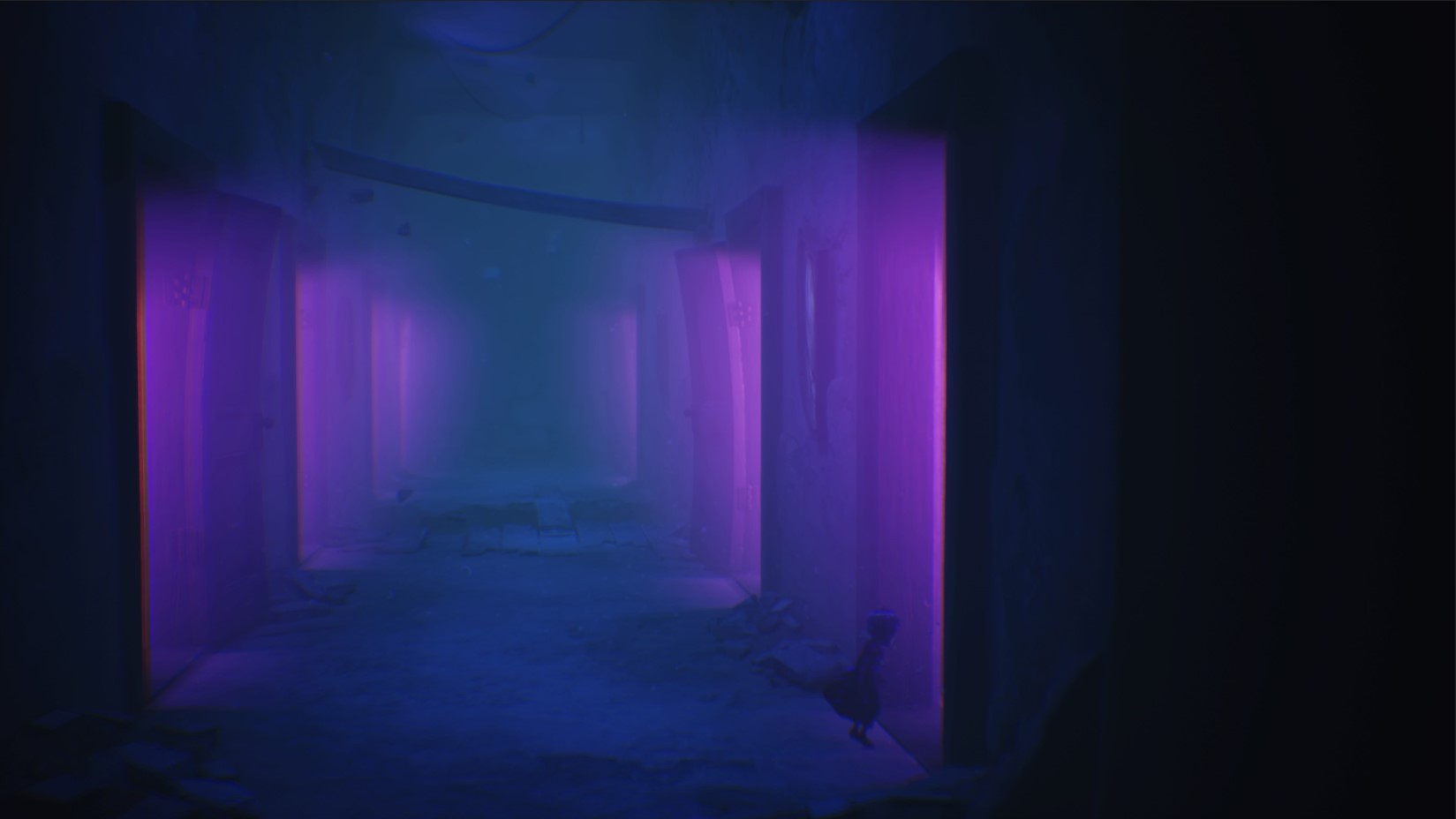 Finally, nip across the hall to the door that’s third on the left.

Climb the last set of stairs and you’re in another hallway. Walk straight forward to the door that’s ajar on the other side of the hallway. 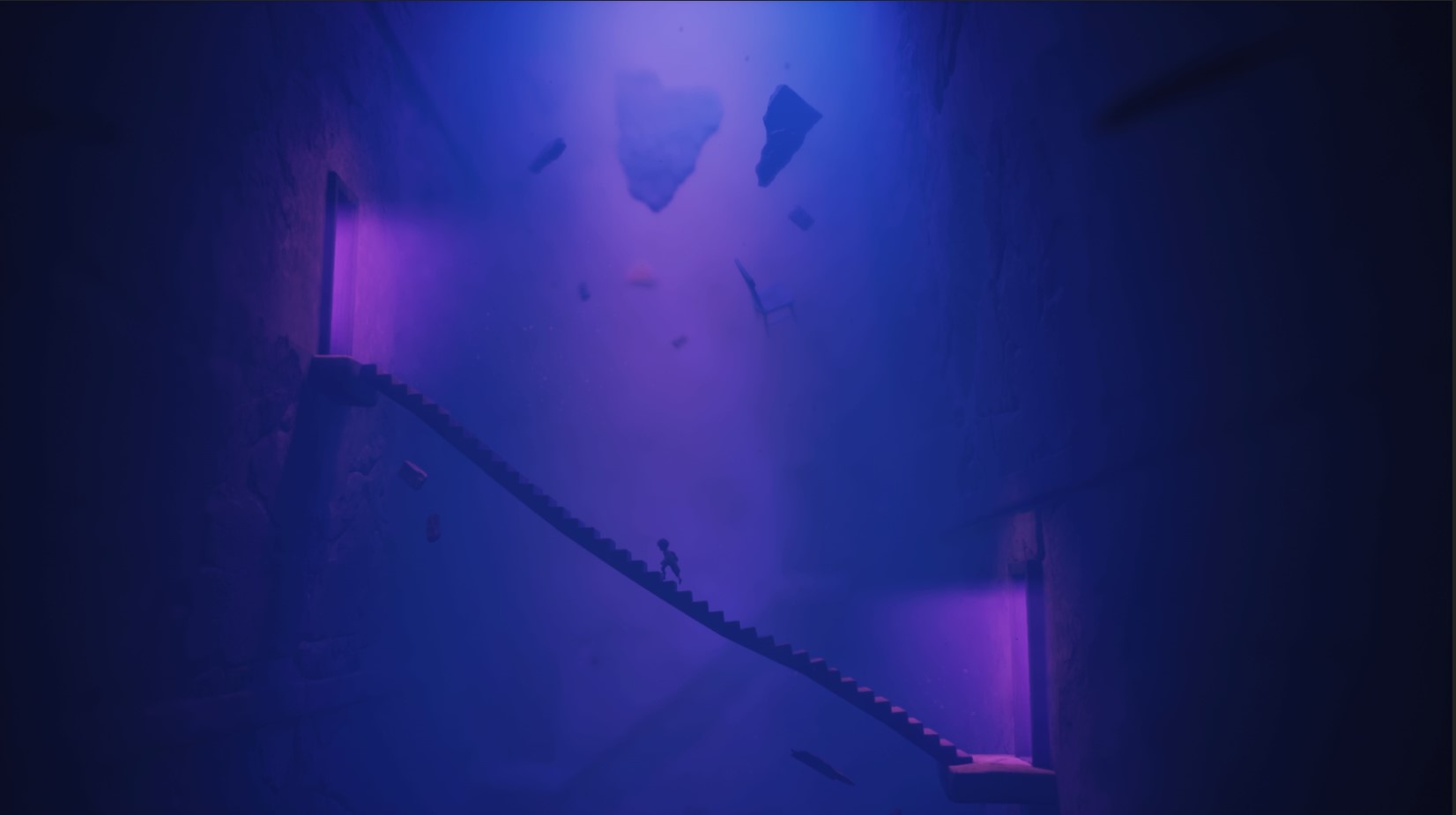 Walk towards the music box, then back off from Six. Call her over a couple of times, then you’ll have room to walk around and grab the mallet on the other side of the room. 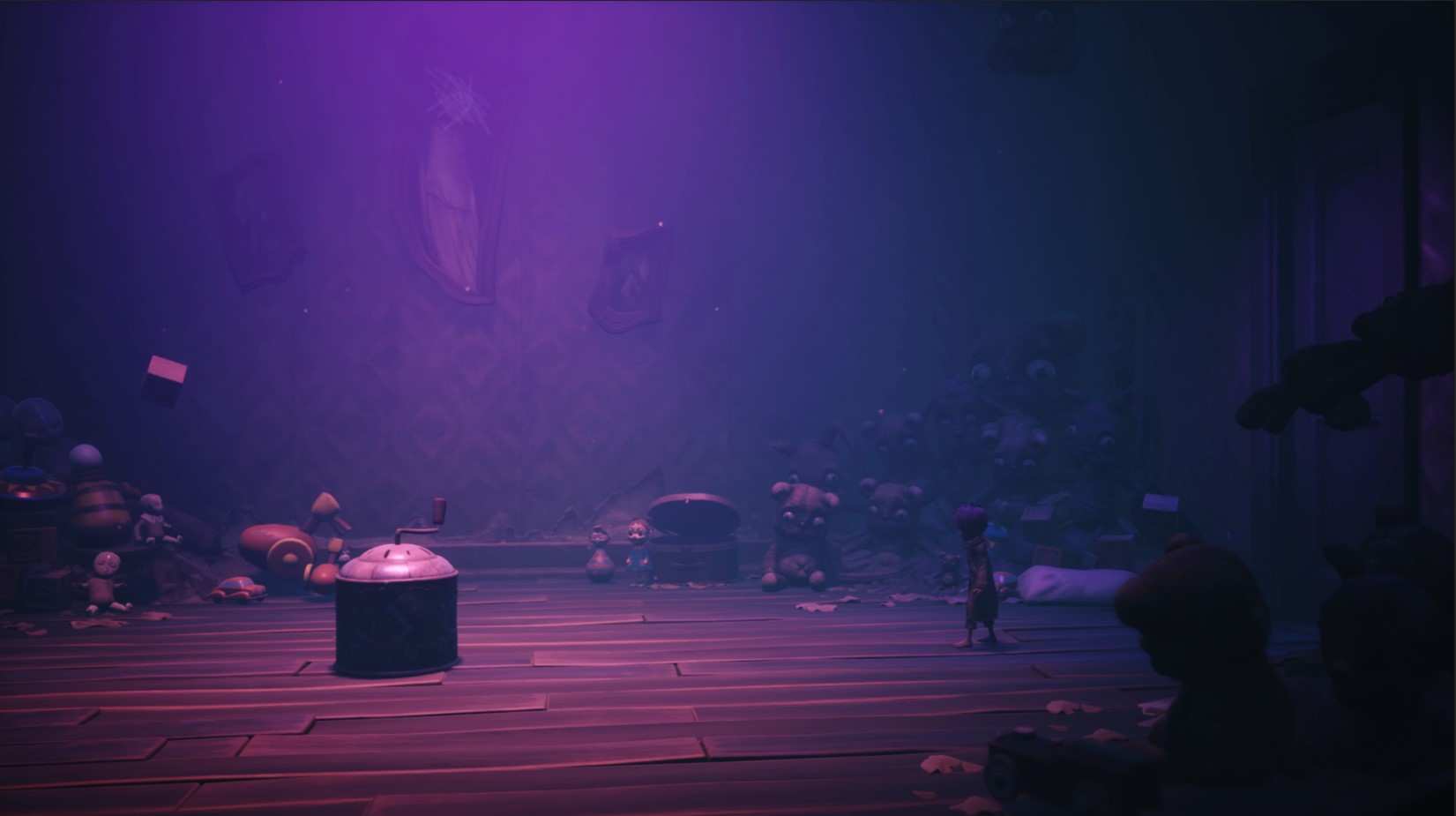 Now smash the music box by hitting it three times. 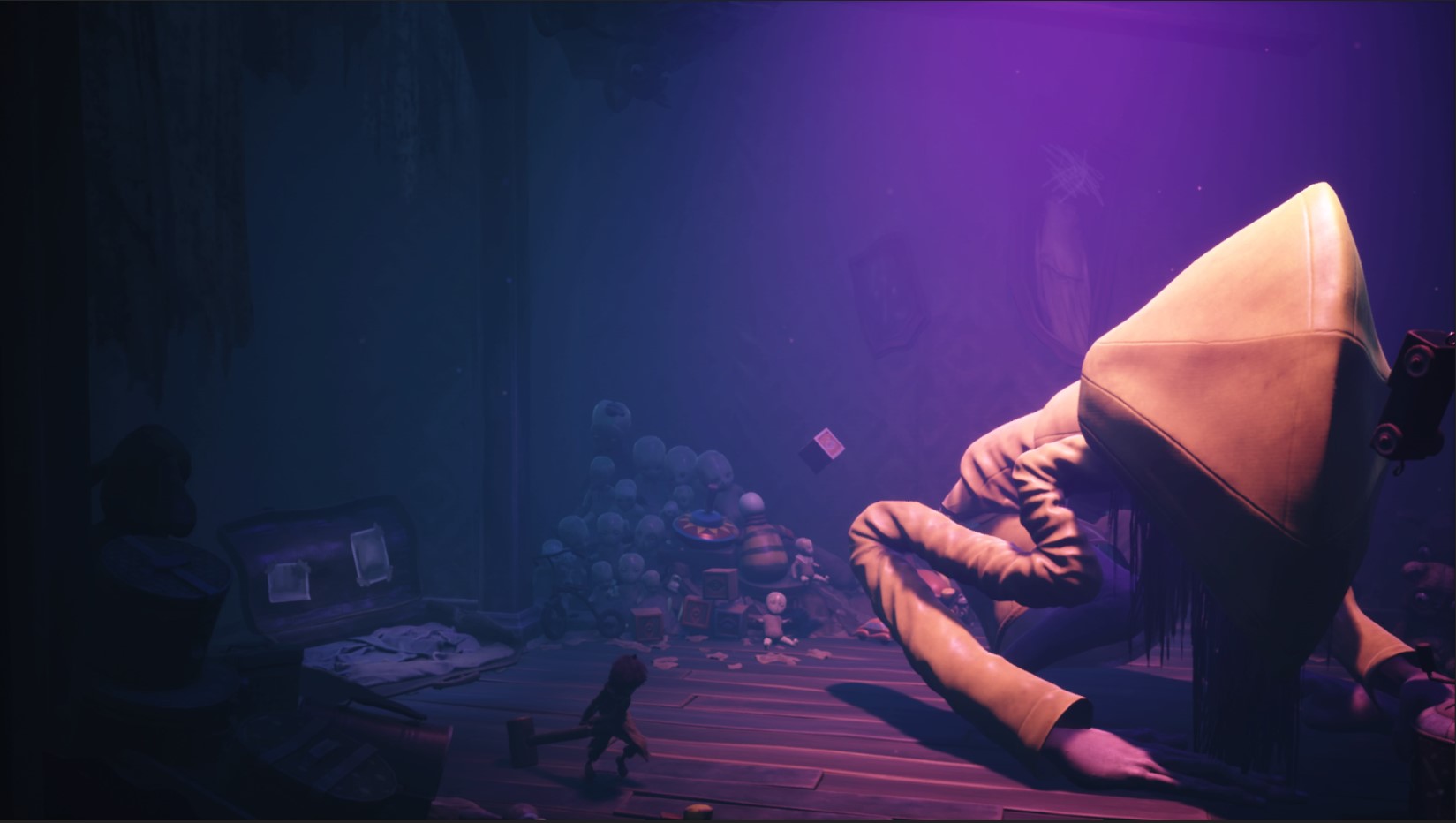 Run and jump through the next area along the linear path, leaping and grabbing the vent at the end.

After the vent, hide under the table in the middle of the room. Follow Six through the door when it’s opened. 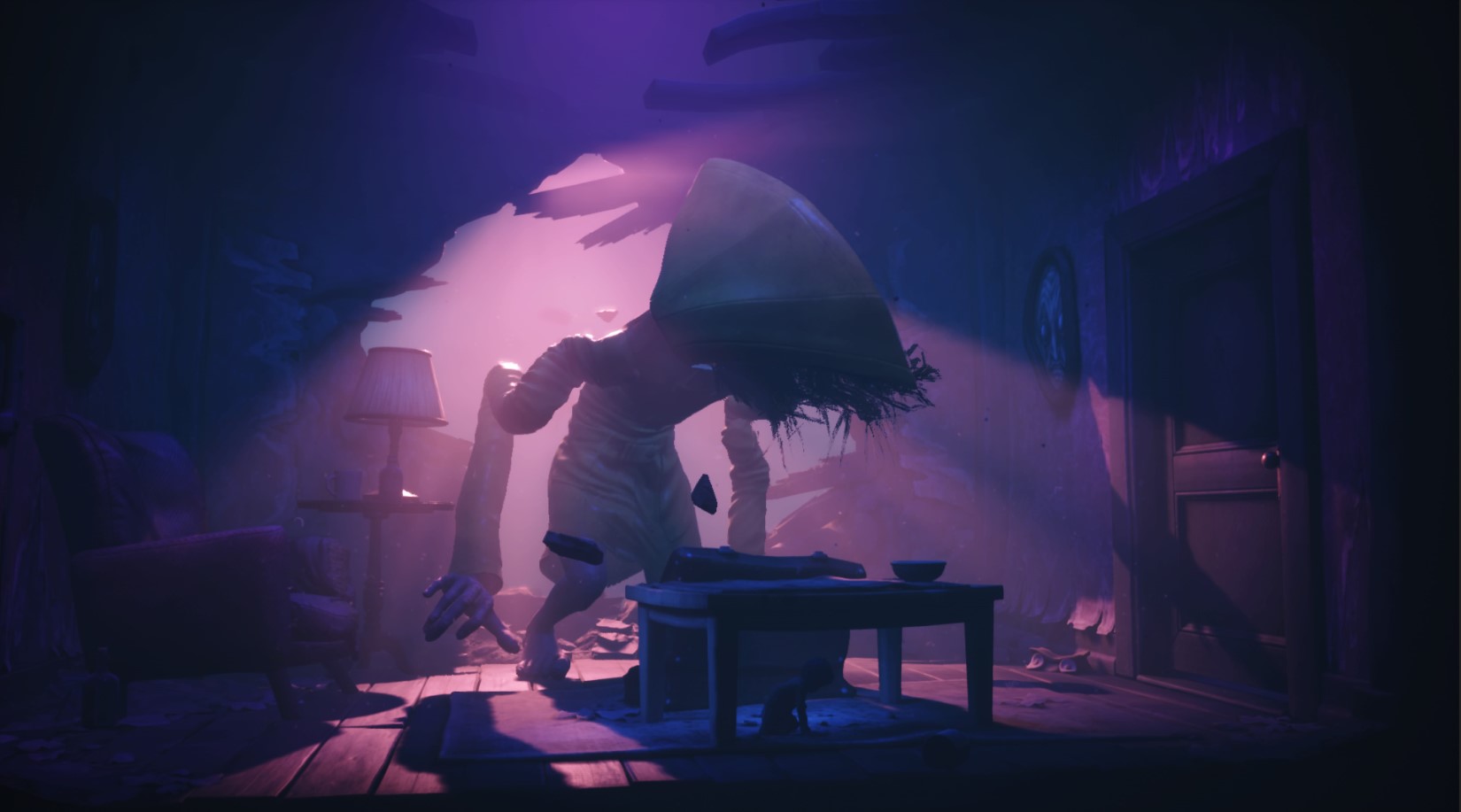 In the next hallway, run around the corner and grab onto the axe – use it to smash open the door. 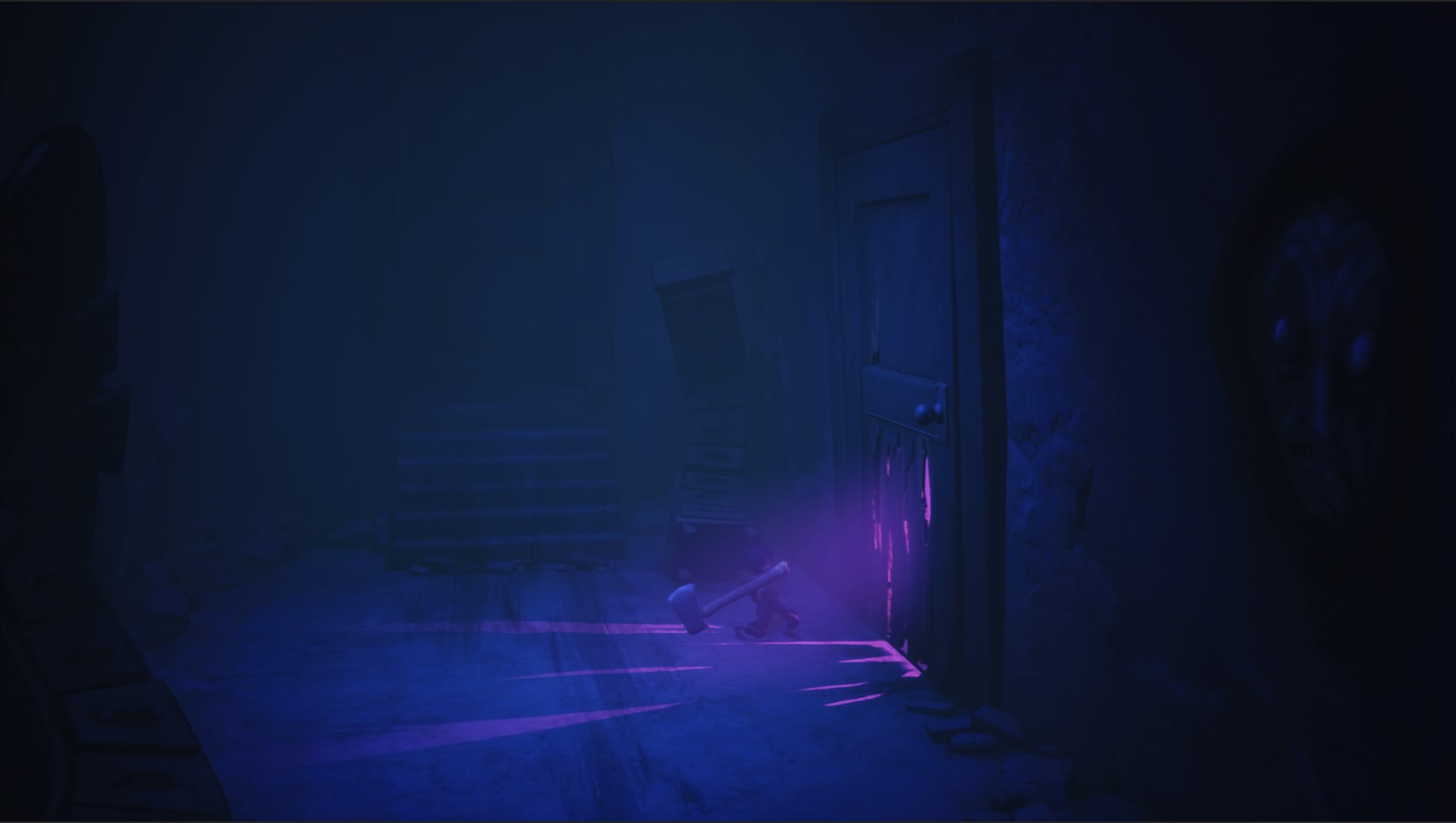 Inside, you need to again call Six to tease her away from the music box and smash it with the axe.

However, when you call now she’ll attack you.

Use the purple doors on either side of the room to warp from one side to another – calling her on one side, then straight away warping to the other. 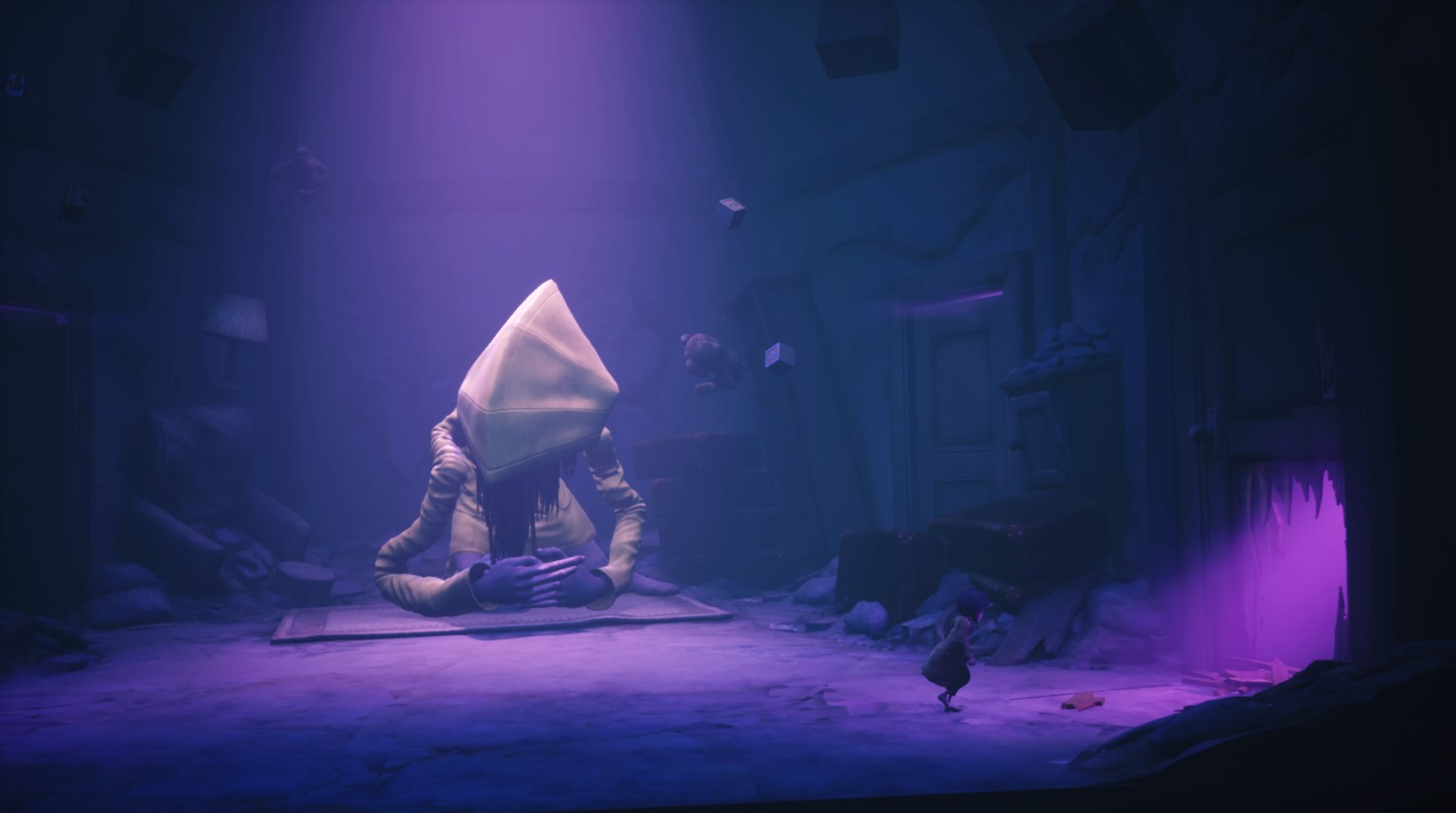 This will send her flailing at the side you’re not on, leaving the music box open for you to rush in and attack with the axe. 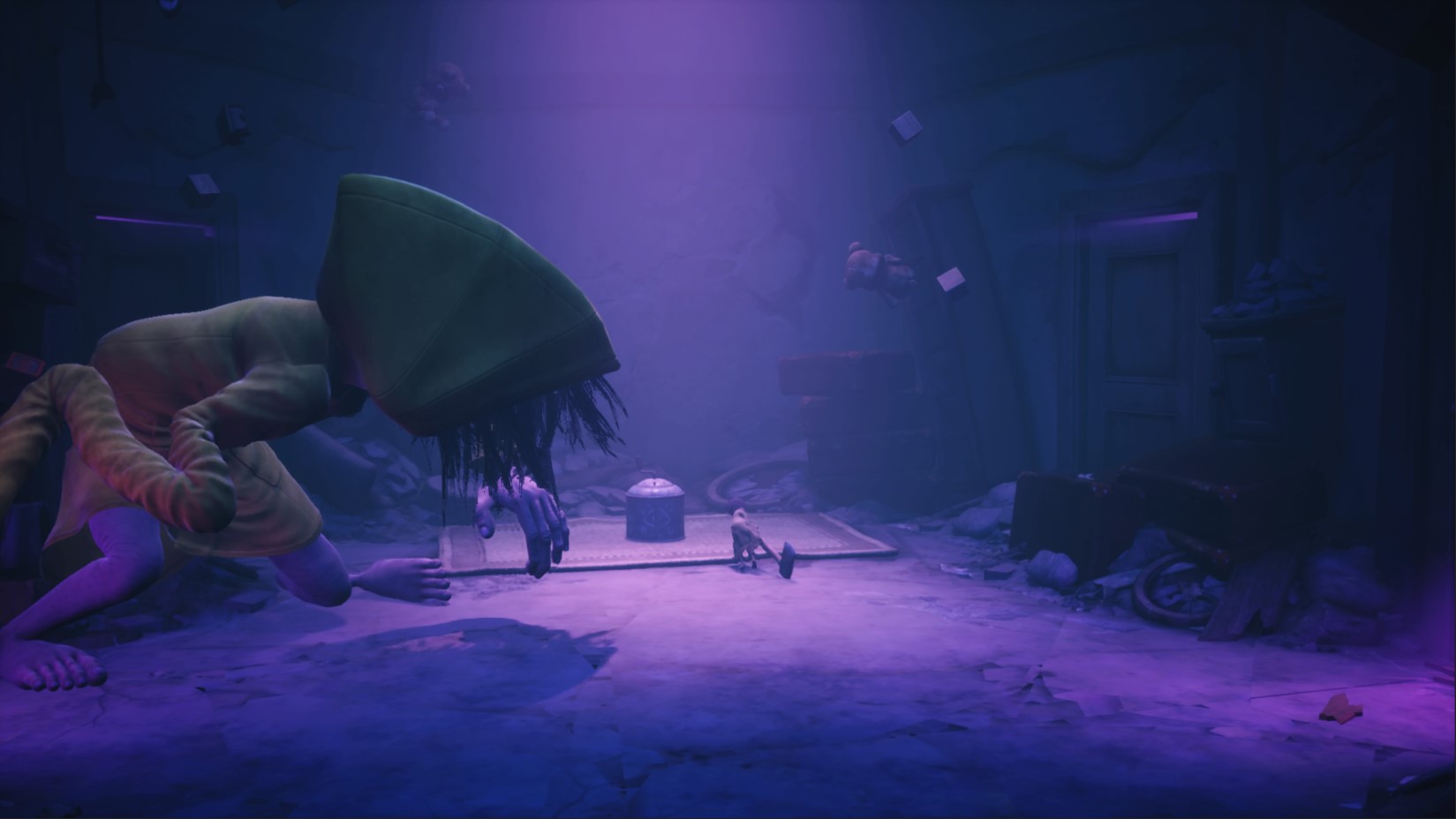 When you regain control in the next scene, run forward and you’ll see another axe in a door that you can grab.

Use it to smash through the door and you’re in another boss arena.

Here, grab the axe and run up to the door in the top left corner of the room and call, then run through the door – as Six attacks that side, rush and hit the music box with the axe. 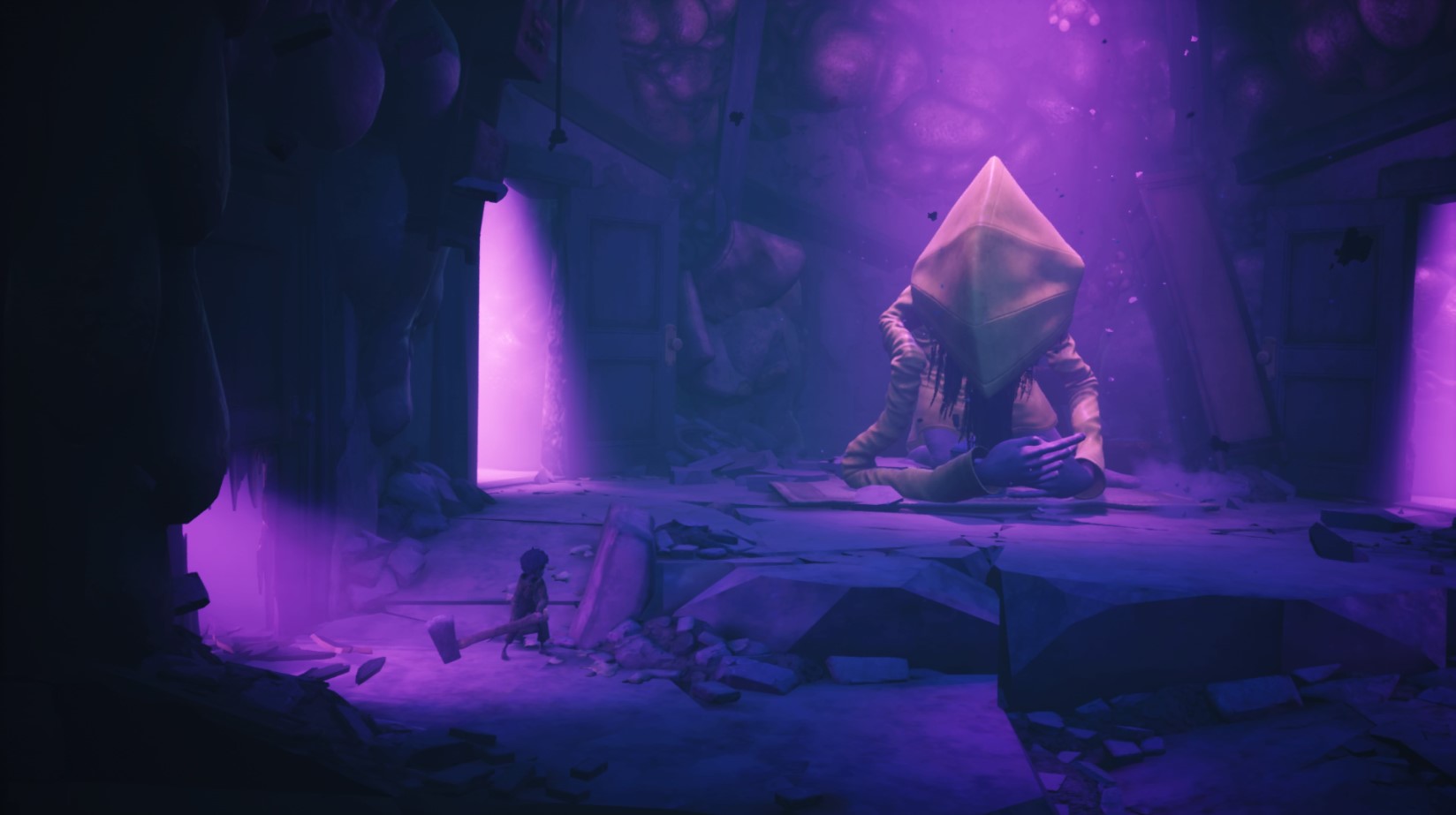 When you regain control, repeat the same process again.

This time, the axe isn’t close at hand. Call at her next to the door you just came in through, then go through it. As Six attacks that side of the room, jump up to where the axe is, then quickly drop down again. 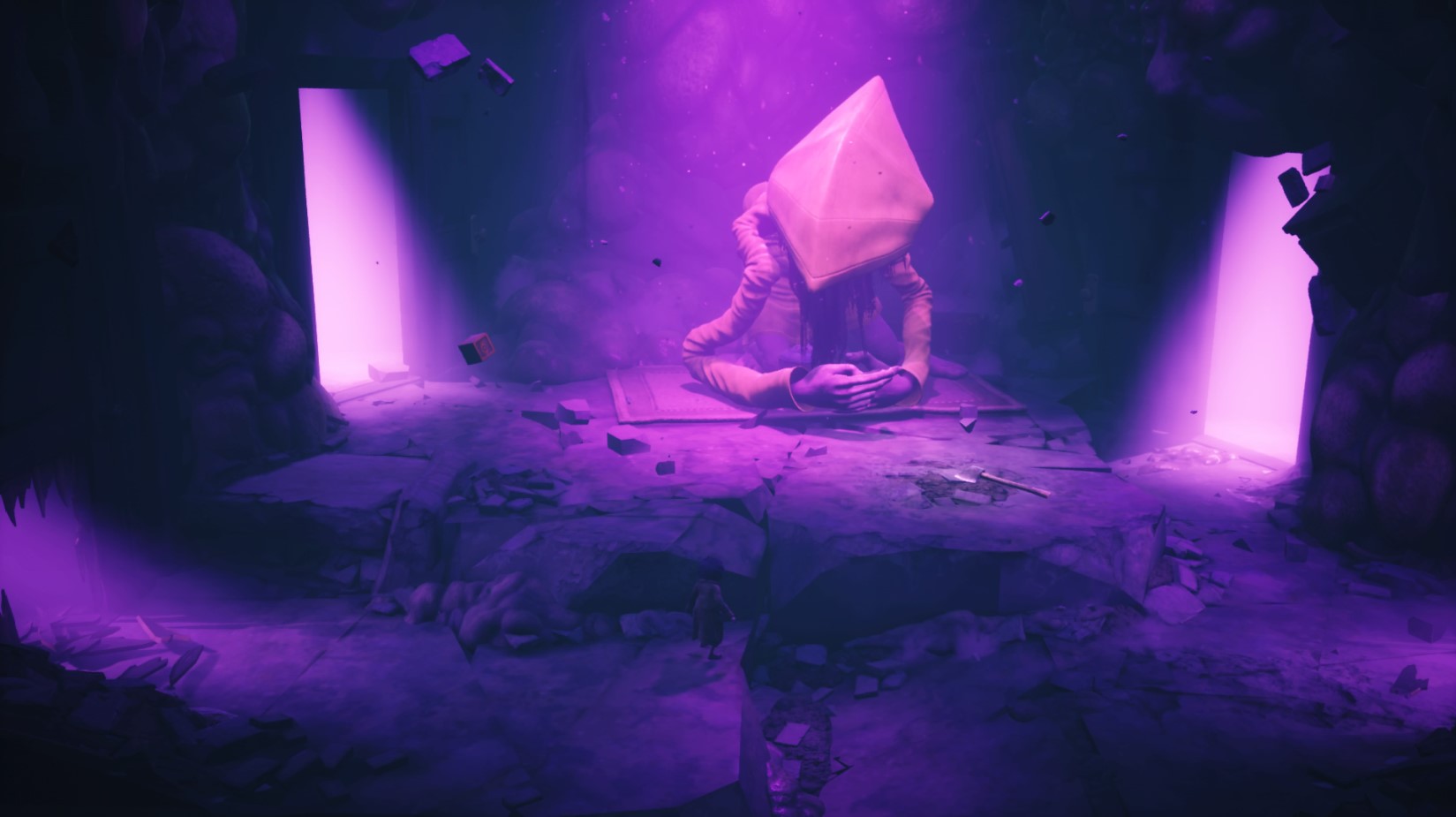 Now position yourself next to the top right-hand door, call, then go through the door and rush through from the left to attack the music box. 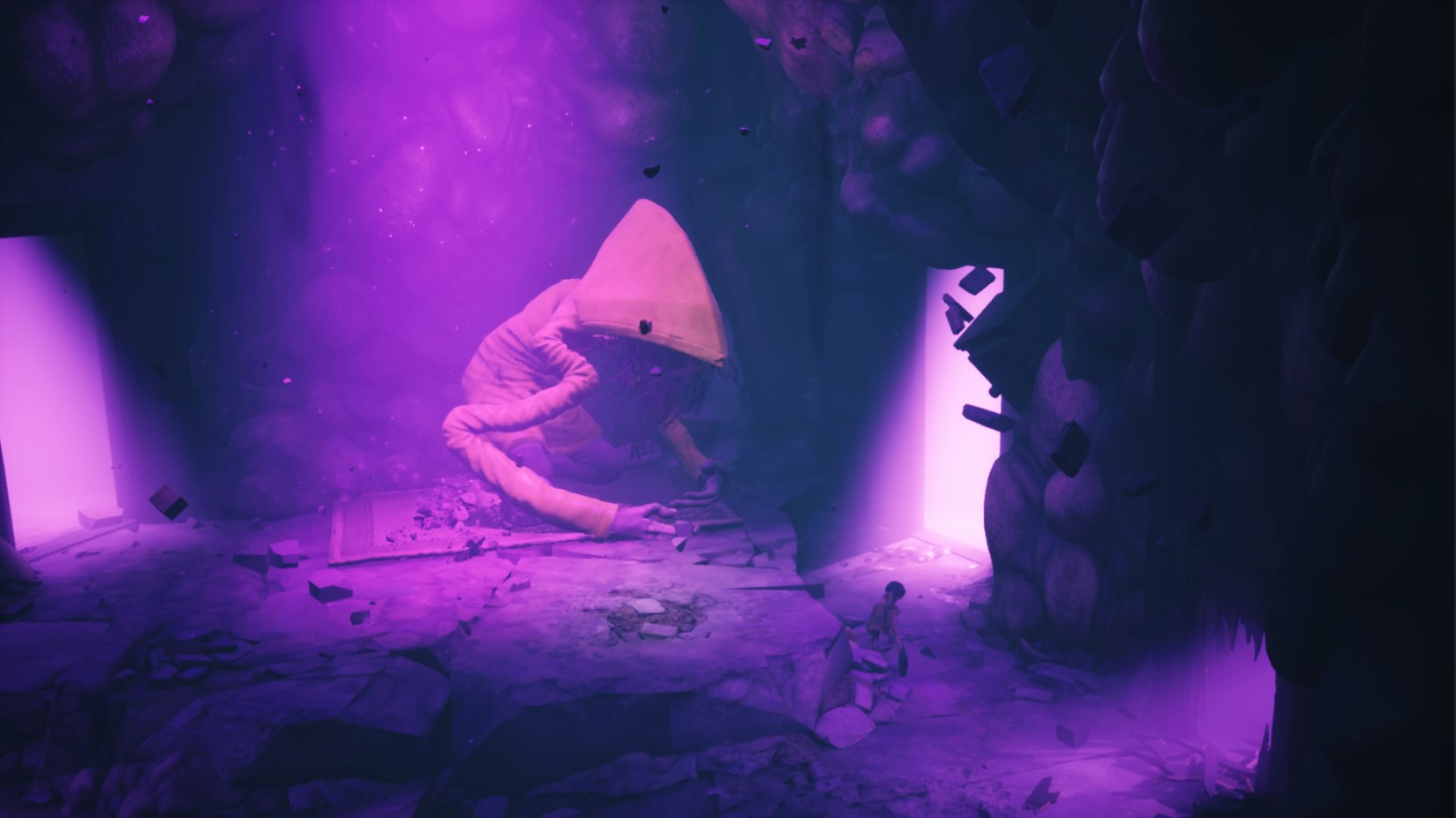 When you regain control, yank the axe out of the floor, then creep closer. When you’re close, but not too close that Six swats you, call and hit the music box. 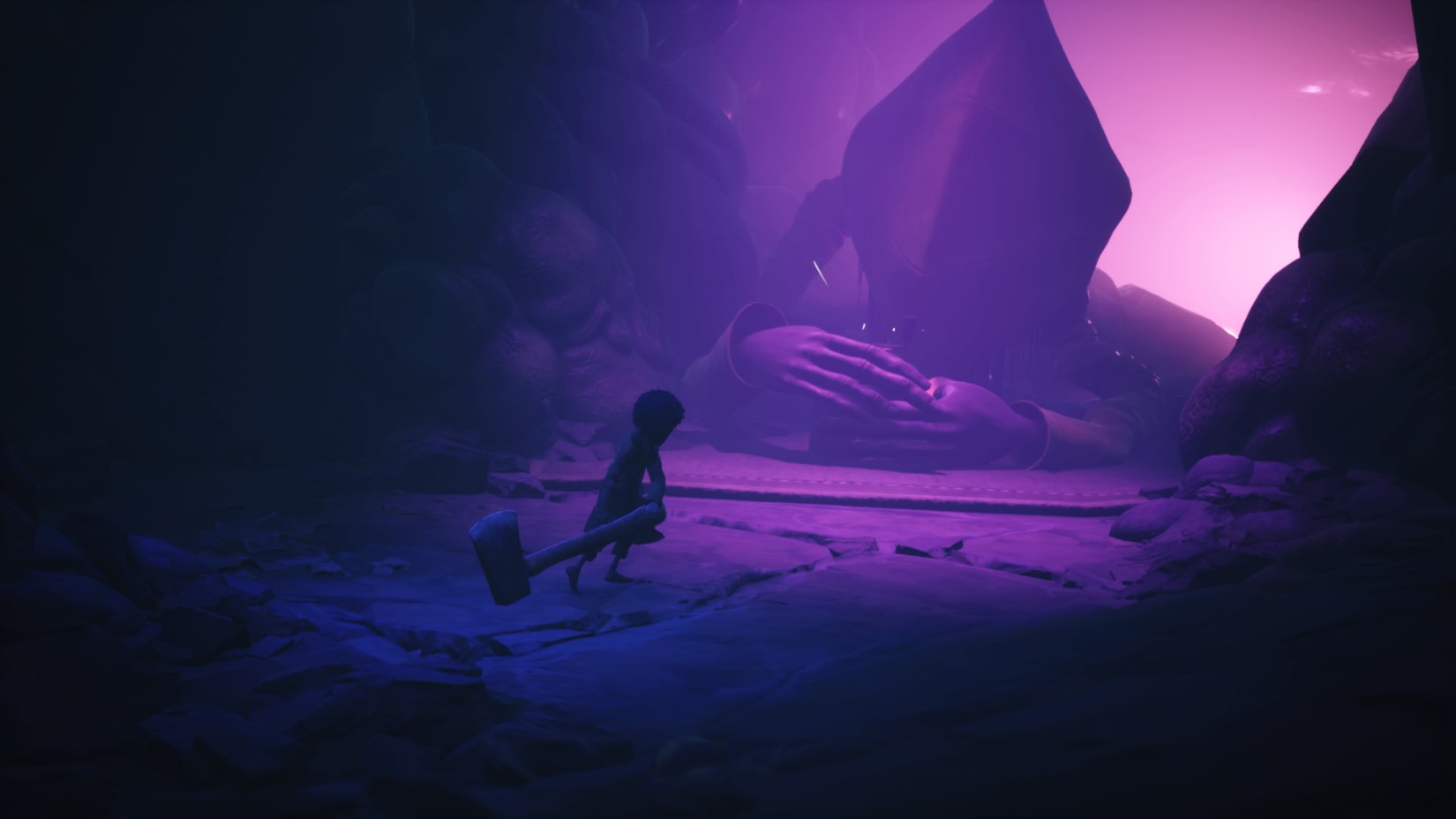 After the first blast, pick up the axe again and take another swing.

Follow Six’s lead in the next section, running and jumping where she does to avoid the obstacles.

However, look out for the part where you have to jump to a crumbling platform just after a door falls. Here, wait a second for the platform you’re standing on to fall closer to the far side – then make the jump. 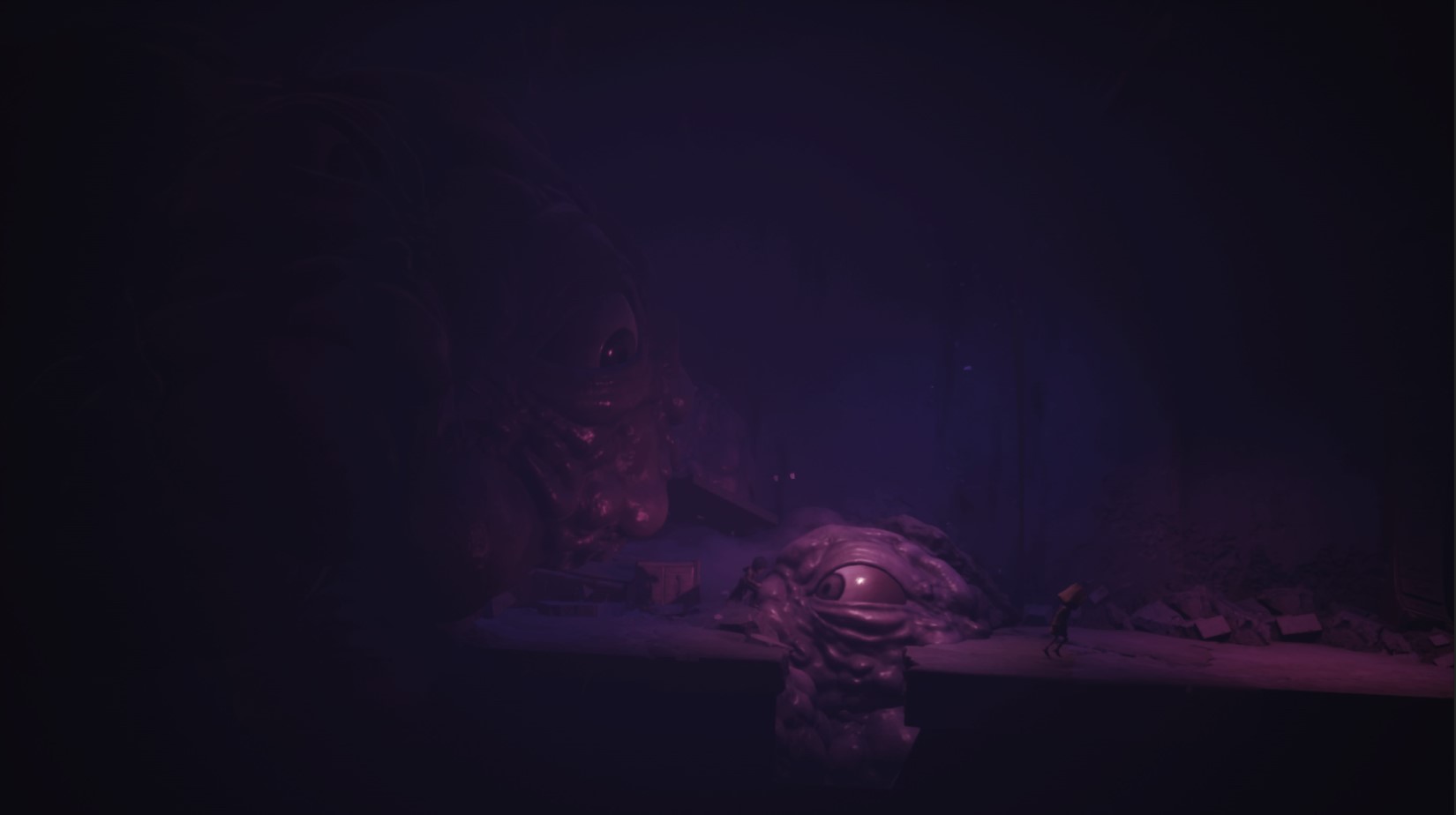 Continue your escape, grabbing Six’s hand for a last-minute rescue, then watch the scene unfold. 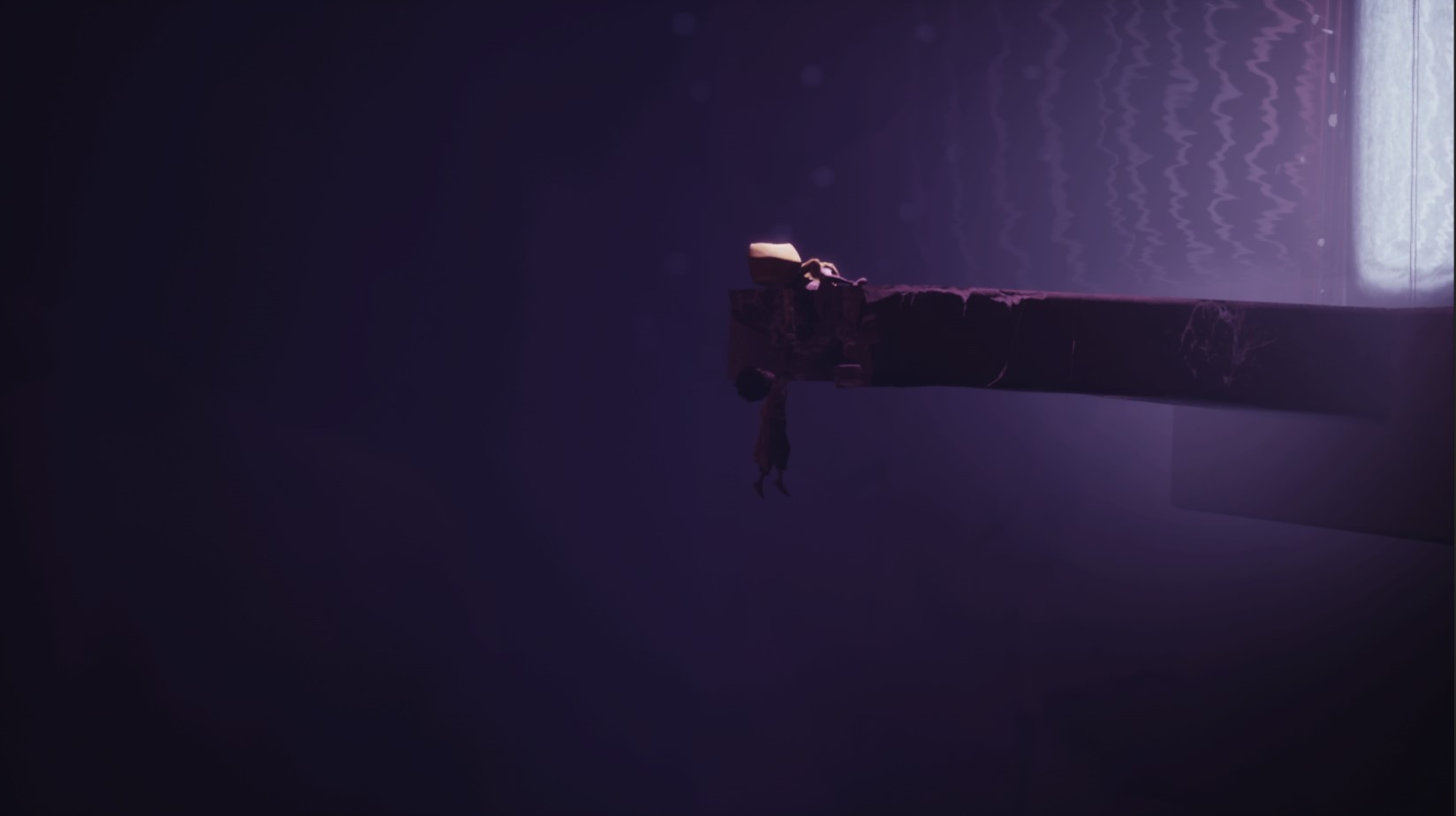 When you regain control, walk right as usual until you reach an illuminated chair.