Aquaman challenges have appeared every week throughout Fortnite: Chapter 2 Season 3 and this week you’re able to find his Trident and a brand new skin.

For this Week 5 Aquaman challenge, you need to “Claim your Trident at Coral Cove.” If you don’t know where Coral Cove is, you can check out our map below so you can land there straight from the Battle Bus. There’s a giant shell on the tiny island, so it’s not too difficult to spot.

You’ll need to complete all the previous Aquaman challenges if you want to find the Trident and some players have claimed that it isn’t appearing right away, so keep trying until it does.

As always, this area is likely to get quite busy, so keep an eye out for opponents and sharks. Whirlpools are still disabled, so you won’t need to worry about those. 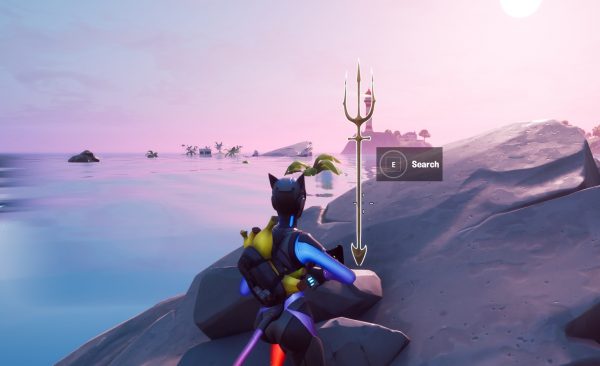 Fortnite: Where to find Aquaman’s Trident at Coral Cove

Coral Cove is in the northwest of the Fortnite Battle Royale map. Land on the island to get started, then turn to look to the west to see a big rock sticking out of the water.

The Trident can be found at the top of this rock, so once you’re close enough, interact with it to claim it. 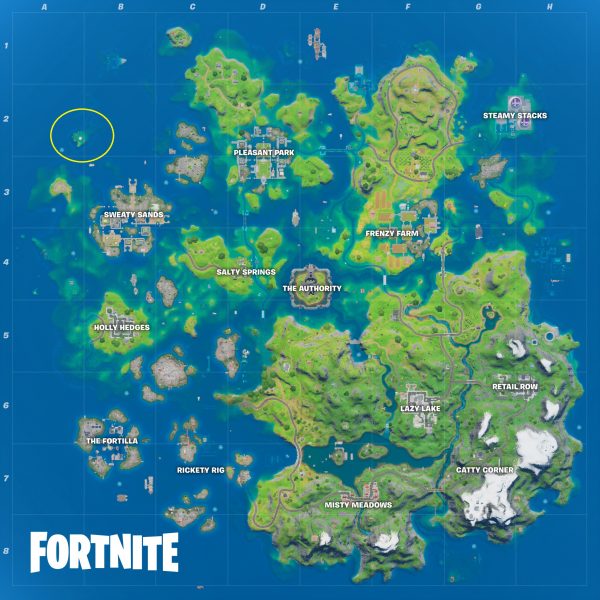 It’ll take about as much time to claim the Trident as it would opening a Supply Llama, so watch out for enemies. It would be a good idea to try and find a weapon or two on the island before swimming to the rock. 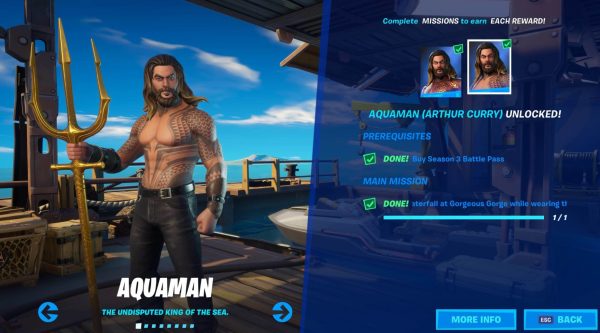 Where to find Gorgeous Gorge and unlock the new Aquaman skin

Now that you’ve got the Trident, you can unlock the new Aquaman skin. It’s the classic Arthur Curry style and to find it, you’ll need to head to Gorgeous Gorge, which is northwest of Lazy Lake.

Before you begin, equip the base Aquaman skin and Trident then land there straight from the Battle Bus – or you can land wherever you want and make your way over, I’m not your maw. 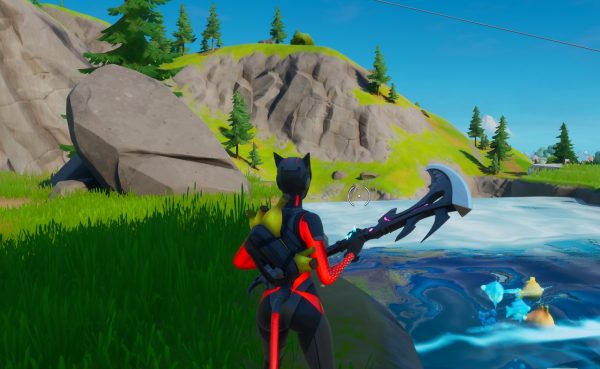 Once you’re there, swim in the river and jump off the waterfall to the depths below. After you resurface, you’ll be wearing the new skin and it’ll be unlocked for you to use in future.