A lot of the map is underwater in Fortnite: Chapter 2 Season 3 and this time, you'll be hunting Loot Sharks.

As the name suggests, Loot Sharks will work a little like Loot Llamas except the sharks are pretty deadly in comparison. You can also use them as a type of jetski to get around the map, which is useful while you wait for the water to subside and cars to appear. 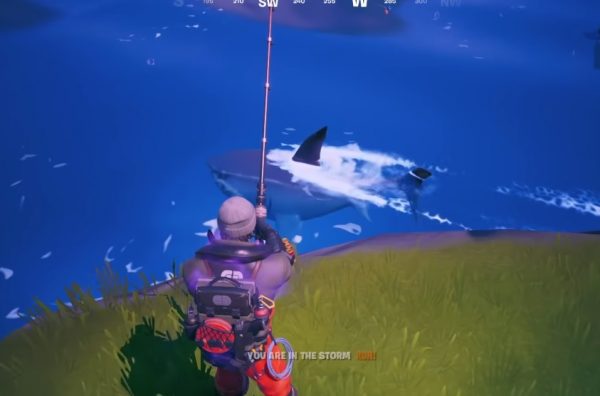 Sharks are relatively rare spawns but you'll be able to spot them by their fins poking out of the water and the giant teeth as they swim by.

You're more likely to find Loot Sharks near the likes of the Fortilla or where Henchmen gather near bodies of water. Henchmen will fire at the Loot Sharks when they see them, so keep an eye out for whoever they're shooting at.

Defeating a Loot Shark is no easy task, so make sure you have a few weapon types to hand and watch out for other players. Try not to go in the water because you'll just be a tasty snack to the sharks. There's also a chance they'll launch themselves out of the water at you, thrashing and biting as they go, so be careful if you're loitering near the end of a pier.

Depending on how close buildings are to the water's edge, there's a chance the sharks will launch themselves through buildings, which is quite a sight. Once you defeat them, they'll drop a substantial amount of loot, including a decent amount of rare weapons. 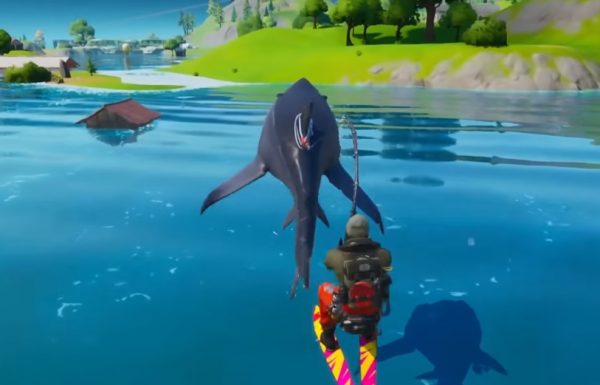 How to ride a Loot Shark

If you want to tame the beast and go for a ride on a shark, you'll need to find a Fishing Rod. Once you find a rod and a shark, cast your line and wait for it to bite. Jetskis will appear on your feet and the shark will drag you around.

You can boost your speed a little, control the direction you go in and you can even fire your weapon at enemies as you zip by.

You can check out where to find the Gnomes at Homely Hills and how to open the Catty Corner vault here.