Lord Saladin returns with a new Iron Banner quest for you this week, so let’s take a look at what you’ll be doing.

If the return of Trials wasn’t enough PvP action for you, you have until next Tuesday to jump back into Iron Banner. At the end of this quest, you’ll finally be able to get your hands on the long-awaited Point of the Stag Bow. It comes with a Precision Frame with a longer draw time, which increases the damage dealt. It’s also a Vorpal Weapon, which does more damage to bosses, vehicles and Guardians who are using their Super.

Simply put, you’re going to piss a lot of people off in PvP matches when you one-shot them out of their Super and into the Void. Nice.

To get started, head over to see Saladin in the Tower and pick up the quest Cast in Iron to begin. Remember, progress is cumulative in the Iron Banner, so you’re previously captured zones and completed matches stack up to get you through the quest faster. 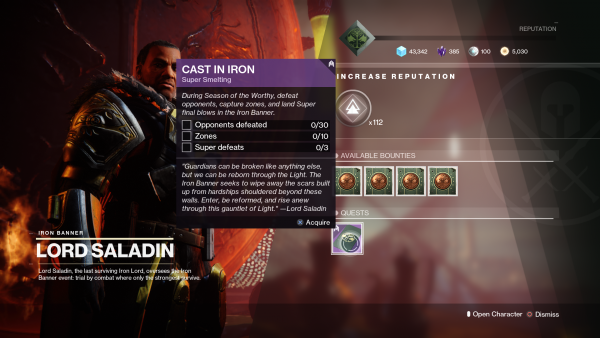 As with all Iron Banner quests, there’s a set of seasonal armour to earn alongside a shiny new weapon. The aim of the game is to capture as many zones as possible and hunt down your enemies. Pretty easy, right? You don’t need to pull off these requirements in a single match, either, so take your time and enjoy the hunt.

For the first step, you’ll need to:

You don’t need to use a specific weapon to do this, just hammer it out ’til you hit 30 kills.

This quest involves using a Hand Cannon, so look out your favourite one before joining a match. You’ll need to get:

The challenge ramps up a little for this step, as you’ll need to kill 100 Guardians. Fortunately, your kills from previous matches so far will count towards this, so you should have at least 55 kills by now from completing the first two steps.

You’ll also need an SMG for this step, such as the powerful Riskrunner, so go ahead and get your set up in order before you begin.

You’re almost there, so keep pushing! For this step, equip a Fusion Rifle and chase down your enemies.

This final Iron Banner step involves taking out your enemies with a bow, which makes it a little more challenging.

After you’re done, visit Lord Saladin in the Tower and the Bow is yours. You can also trade in your Iron Banner tokens for more rewards now, too. 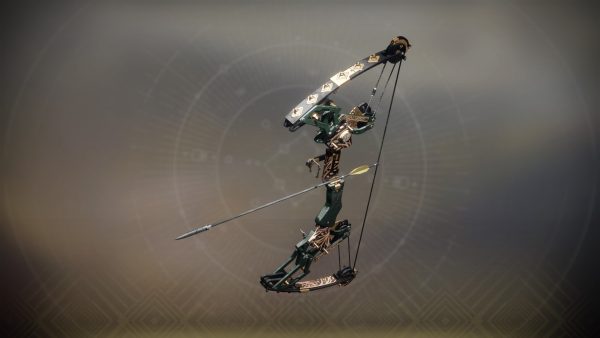