There's a shiny new Exotic weapon to get your hands on in Destiny 2, though you'll need to help Zavala out if you want to earn it.

Destiny players will remember the Fourth Horseman Exotic shotgun and the Destiny 2 iteration is just as strange. It comes with the Thunderer perk, where its rate of fire is increased significantly and will fire at full auto. This goes well with its other perk, Broadside, where each successive shot does more damage and has a larger spread, making it a deadly beast indeed.

The handling and recoil aren't the best but in the right situation - close-quarters PvP, for example - it'll devastate your enemies. There's also a Catalyst to unlock which will improve its stats. So, with all of that in mind, let's take a look at how to get the Fourth Horseman.

Destiny 2: Season of the Worthy - How to get the Fourth Horseman Exotic Shotgun

To get started, pay a visit to Zavala on the Tower and pick up the quest In Rides a Pale Horse. He'll point you in the direction of his office, so jump down to the level beneath where he's usually standing that you can see when you turn around to your left. You're heading down two more levels to find his office, then going down the stairs to your right. At the bottom of the stairs, turn around and you'll see a little vent you can squeeze through. Follow the path around and jump up the boxes on the shelves when you reach the room at the end.

This is kind of similar to Banshee's quest where you had to jump through holes in the ceiling to find the Leviathan's Breathe bow. If you can't see a clear path, look up or down to see if there's a gap you can climb through. 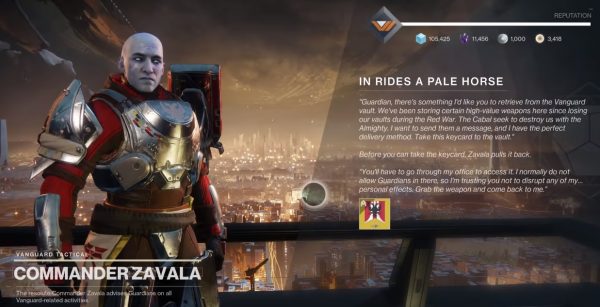 Once the progress bar reaches 100%, speak to Ana again and the quest will update to In the Shadows, where you'll need to defeat Psions and loot Cabal chests. Red chests on Mars are usually Cabal chests, so go ahead and open those up for an easy 20% of progress. Afterwards, head back to the Tower and speak with Benedict 99-40 to get the Dirty Work quest step, where you'll need to defeat combatants, complete Public Events and Patrols to solve an encryption. For the last step, Lost and Found, you'll need to clear out the Legendary Lost Sector The Quarry. 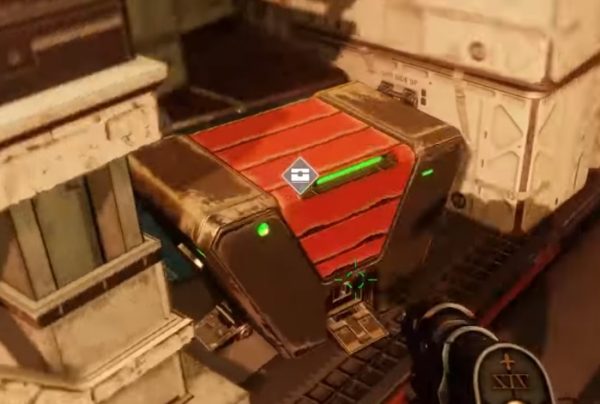 Head to the Seraph Bunker in the EDZ to get started. Clear out the bunker and you'll get access to The Quarry. If it doesn't appear, that's because the Legendary Lost Sectors are on a rotation, so you may need to try later in the day or on another day to access it. Once you've cleared The Quarry, you'll get the Fourth Horseman from the chest at the end.

For more Destiny 2: Season of the Worthy guides, you can check out how to complete Into the Mindlab and where to find the first Seraph Bunker. You'll also find guides on this season's Artifact: Warmind Khaljali and where to get the Tommy's Matchbook Exotic Auto Rifle.