Destiny 2’s Iron Banner has a new questline in Season of Opulence, with a whole new set of armour to earn from Lord Saladin.

There are five steps to the Iron Banner armour questline and you’ll need to play as part of a team in Iron Banner matches to complete them.

Each piece of Iron Banner armour has two mod slots: one for a normal mod and one for a special Season of Opulence mod. There’s also an ornament slot and you can use Year 1 Iron Banner ornaments with your new armour.

To begin, head over to see Lord Saladin in the Tower. The Iron Banner runs until June 25 and there’s Increased Valor between now and then.

New weapons, shaders and Emblems have been added to Iron Banner packages and there’s a higher chance a new weapon will drop on the first package you redeem. 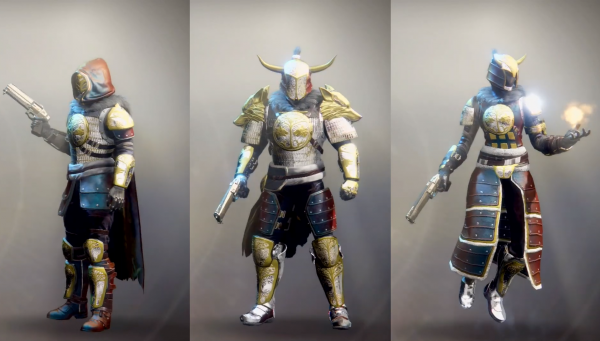 As we said earlier, you’ll need to play as part of a team for progress to count during matches.

There’s a full set of Iron Banner armour available for each class. Return to Lord Saladin after completing each step to get the next piece of armour and to move on to the next challenge.

For this first stage, you’ll need to earn points by defeating guardians in Iron Banner matches. It’s not clear if you lose progress if you are killed, but keep taking down Guardians until you get a notification saying you’ve completed this step.

Next, earn points by capturing zones and earning Power Plays. The more teammates you have capturing a zone, the more points you’ll earn, so playing as a coordinated fireteam rather than a matchmaking team would work to your advantage.

The penultimate step also has several parts to it. As a team, you’ll need to defeat enemies using Auto Rifles, Fusion Rifles, Scout Rifles, Sniper Rifles and Swords. Here’s the breakdown for each weapon:

For the final step of the Iron Banner questline, you’ll need to win matches. Win streaks will give you more points and you’re aiming to earn 50 points all in.

And that’s it! You’ll now have a full set of shiny new Iron Banner armour to call your own.

If you’re looking for tips on how to complete The Shattered Throne or how to get the Wish-Ender Exotic Bow, then check out our Destiny 2: Forsaken guide for more on the Season of Opulence and how to succeed in the Menagerie , how to farm Imperials, and how to get the new Pinnacle weapons and the Truth Exotic Rocket Launcher and Lumina Exotic Hand Cannon.