You’ll take the Avengers you’re given.

We got our first look at Marvel’s Avengers during Square Enix’ showcase this week. While our picture of what the game is has changed over the course of E3, fan reactions to our odd-looking Avengers has decidedly not.

It’s decidedly MCU-adjacent. By sticking close – but not too close – to the films, the differences are jarring.

Crystal Dynamics is sticking to its guns. Speaking to IGN, creative director Shaun Escayg held his ground on the designs.

“We are always listening to, and welcome feedback from our community,” said Escayg. “There are currently no plans to change our character designs,” 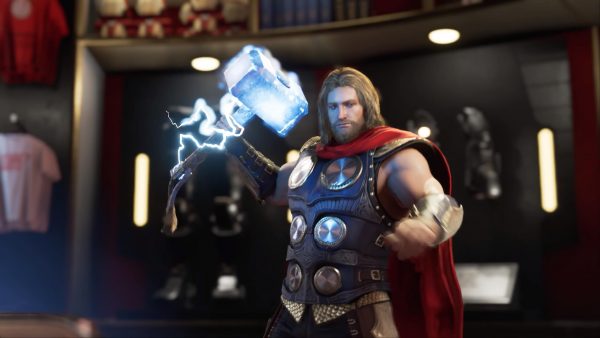 Of course, that doesn’t mean last weekend’s trailer is the be all and end all. Marvel’s Avengers is still a while out from launch, and there’s plenty of polish yet to apply on Iron Man’s shiny face.

“The trailer is showing pre-alpha gameplay footage, which means the level of detail and overall polish of the character models will absolutely continue to improve as we get closer to launch.”

We’ve acquired a better sense of how Avengers will play since its reveal. You’ll only be able to push through the main story on your own. You can always hop in with pals, but only after deciding who gets to be which hero first. It’s one per person, sorry.

Marvel’s Avengers comes out May 15 on PC, PS4, and Xbox One.