To craft the best gear in Dauntless, you’ll need to get your hands on some Orbs, but how and where do you get them?

There are two ways to farm Orbs in Dauntless, which will allow you to upgrade your gear to become the ultimate Slayer.

You can get Orbs for each of the different elements in Dauntless and as you progress, you’ll be able to tackle more challenging Behemoths that will net you more Orbs.

You’ll need to be at least Level 4 before you can start farming them, so let’s take a look at what you need to do.

There are seven types of Orbs, so let’s take a look at what kind of Behemoths you need to slay to get them:

This makes it easy to identify what type of enemy you need to face off to get your required Orbs for the element you’ve chosen to specialise in. 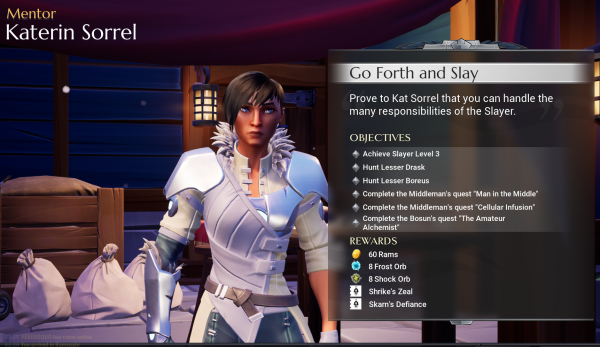 Dauntless – how to farm Orbs

Hunt Patrols are the easiest way to farm Orbs and hunt Behemoths. Keep hunting Behemoths of a certain element type and Orbs will soon drop, even from Lesser Behemoths.

Once you’ve completed the Go Forth and Slay quest and reach Slayer Level 4, you’ll unlock the City on the Verge quest and Hunt Patrols. For the first six successful Hunt Patrols of the day, you’ll be rewarded with 10 Orbs. So, if you’re after a specific type of Orb, your best bet is to focus on doing Patrols when you first log on.

Each successful Patrol after that will award you with 10 Orbs, so it won’t take very long to get the Orbs you need to upgrade your gear.

The only downside is that you don’t know what level the Behemoth is until you’re about to fight, so make sure you equip your best gear, potions and team up with your pals before jumping into Patrols.