After you’ve learnt the basics in the early game, Kingdom Come Deliverance starts to really get going when you’re introduced to the game’s first big mystery.

Henry’s tracked the Neuhof farm bandits to Uzhitz, and it’s here that the story takes an interesting turn. Here’s our guide to the Mysterious Ways quest in Kingdom Come Deliverance.

This quest involves persuasion and a lot of drinking, so you might want to train your drinking skill with a few rounds of beer and wine in the preceding days beforehand. If that sounds a bit expensive, take a look at our tips for making money in Kingdom Come Deliverance.

Note: This path nets you the “Sinner” bronze trophy, but leads to Henry having sex with a barmaid, so you’ll lose out on the “Virgin” bronze trophy for staying celibate through the whole game. 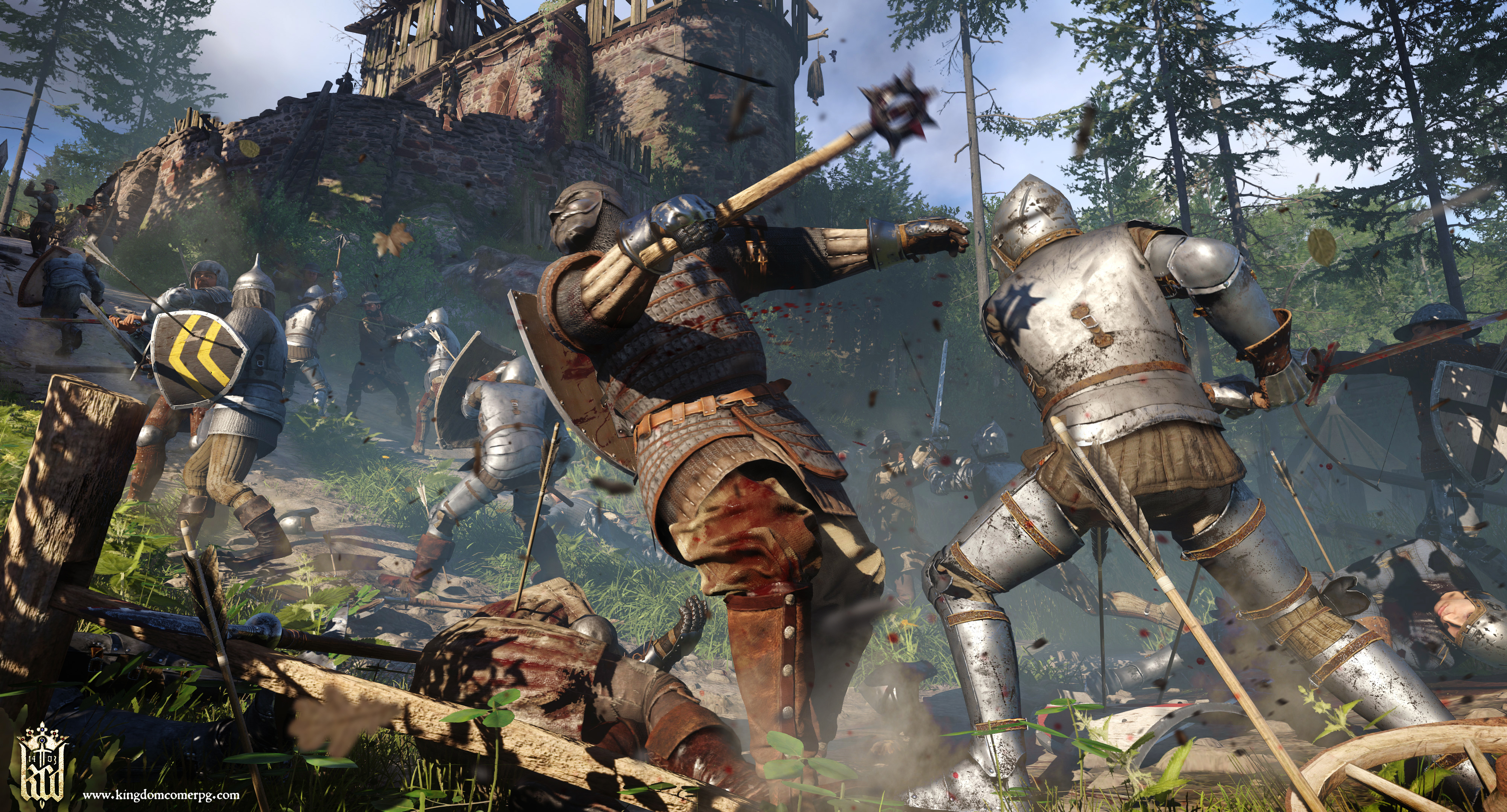 Now that you’ve found Ginger and reported your progress to Captain Bernard and Sir Radzig in the Ginger in a Pickle quest, they’ll send you to chase down your leads in Uzhitz – a small town northeast of Talmberg.

Travel there by horse, it doesn’t take too long from Neuhof. Alternatively, you can fast travel to Talmberg, then by horse to Uzhitz.

As you approach, your quest objective will change, asking you to find anyone who knows anything about a man with a limp in Uzhitz.

Here, you can either go and ask the barmaid at the tavern in the centre of town or go straight to the house at the southern end of with people crowded around it. It’s quite a distance down the hill, you will have passed it on your way into Uzhitz.

Either way, when you go to the house, speak to the Bailiff. He’ll clue you into what’s happened.

Agree to investigate the matter further, then start to speak to the amassed crowd. If you speak to Marush, the woman with brown hair and a green and red dress, she’ll tell you to speak to the town Priest.
Speak to Father Godwin at the church just north of the tavern. He can usually be found practising with a sword outside or sitting down studying inside the building.

Try to convince Godwin to tell you what Lubosh said to him in confession and he’ll refuse. But keep pressing the subject, and he’ll say he needs to think of a solution and to meet him in the tavern later.

Wait around until the evening, then join Father Godwin in the tavern. After a conversation, he’ll talk to you about Czech theologian Jan Hus, a real historical figure, and recount some of his preachings. Pay attention to the tone of what he says here because it’ll be important later.

He’ll then ask you if you’re staying for a few drinks. Agree, and you’ll proceed to get royally wasted.

Just follow the action and fight off the guards when you have to.

After some hijinx and carnal relations, Henry will wake up with a massive hangover – and a lot more experience in drinking.

Groggy and desperate, Father Godwin will ask you to stand in and conduct mass.

To succeed you have to copy what the Father said to you in the tavern the night before.

This pleases the townspeople, who leave satisfied.

Father Godwin thanks you and points you in the direct of Reeky in Ledetchko.