In celebration of Shark Week, Fortnite has been updated with a couple of cosmetic items.

The Fortnite in-game item shop now has three new items, a character skin, pickaxe skin, and an emote. This is all presumably in celebration of Shark Week, which kicked off on Sunday.

The first is the Chomp Sr. outfit – a Shark suit, priced 2,000 V-Bucks. Then we have the matching Chomp Jr. pickaxe, which is basically a harpoon with shark impaled on it. If that’s not too horrific for you, it can be yours for 1,500 V-Bucks. 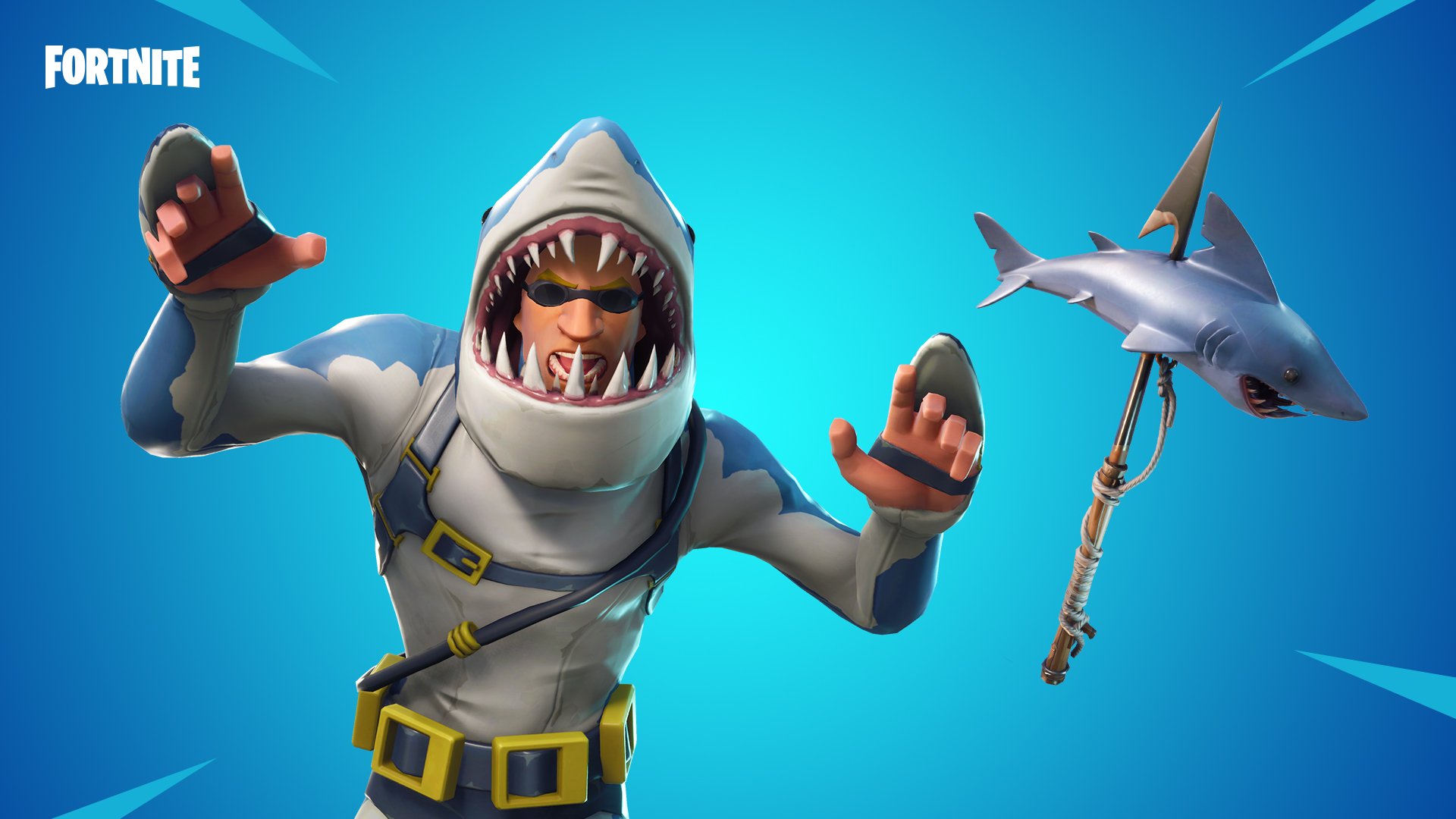 Finally, there’s a new emote called On The Hook which will set you back 500 V-Bucks. The emote shows the character catching a fish and reeling it in before quickly showing it off.

Reel in the victory with the On the Hook emote 🎣

That’s not all Fortnite has in store for players this week. Starting tomorrow, the game will be kicking off birthday celebrations for its first anniversary. The birthday celebration comes with its own quests which will in turn net you exclusive rewards upon completion.

For more on Fortnite, check out the Fortnite tag.