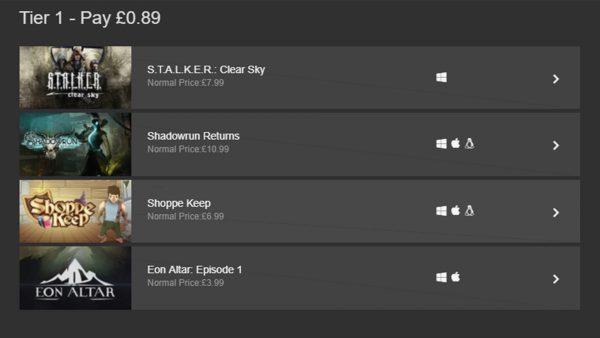 General PC game selling good folk, Bundle Stars, have put together the ‘Nemesis Bundle 3‘. Unsurprisingly, this is the third iteration of the ‘Nemesis’ bundle, which collects a whole batch of games with a penchant for a little bit of the old ultra-violence. Similarly to Humble, this one is structured in a ‘pay more, get more’ format, starting from 89p / $1.

To get the whole lot you’ll have to throw down £8.89 / $9.99. That’s fifteen games total, including entries from the Tropico, S.T.A.L.K.E.R., Shadowrun franchises and more. You can also get the extra bizarre FaceRig tech in the mid-tier of the bundle if you like pretending you’re a racoon on camera among other things.