How much video game do you like in your video game - a lot? If so, that’s good because Zombie Army 4 is the most video game-ass video game that’s ever video gamed.

Did you know zombie snipers have testicles? It’s not something I ever considered before playing this; both that there are zombie snipers and that they would have bollocks. You can shoot them off. That’s it - that’s the paragraph. 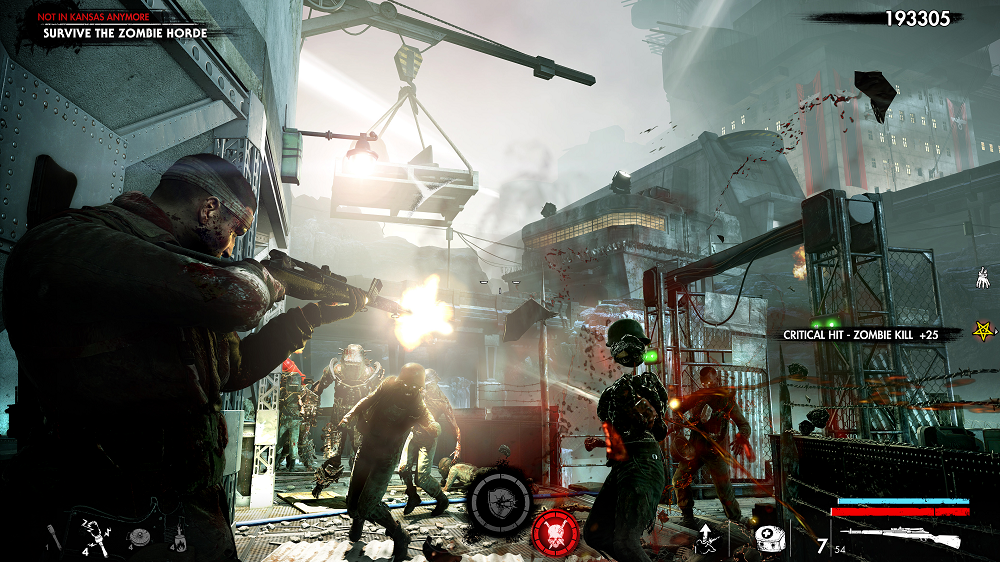 There are zombies that spit stuff at you. There are big, armoured lads. There’s one that gets in your grill with a meat grinder. Some have guns or flamethrowers. One enemy type runs at you with dynamite strapped to its chest. There’s a zombie that flings grenades at you and hides behind a shield, both flushing you out and forcing you to flank. There’s fast, agile zombies called MRA- I mean creepers. And there’s even Zombie Army’s own take on Left 4 Dead’s witches - an enemy type that you’re supposed to sneak past. 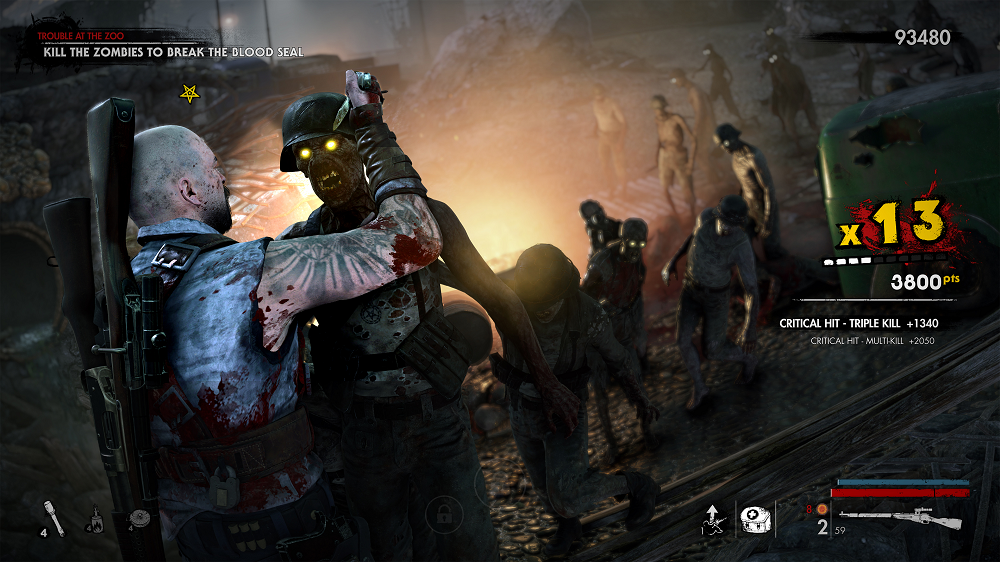 That’s because there’s an upgrade system that lets you imbue your guns with technology, adding explosive rounds, electricity, faster reload times, more bullets, more power - you get the gist. Once you start investing in a gun, there’s no incentive to swap it out for something different.

This is only true for the lengthy campaign, however. Once you’re done with that, you’re free to mess around in the four Horde maps included - each based off a specific campaign location. In these, you start with a pistol and secure new weapons throughout each match, forcing you to swap between the different guns on offer. Because of this, it feels much more tactical than the campaign often is, making every trap you place and every weapon you grab feel significant. 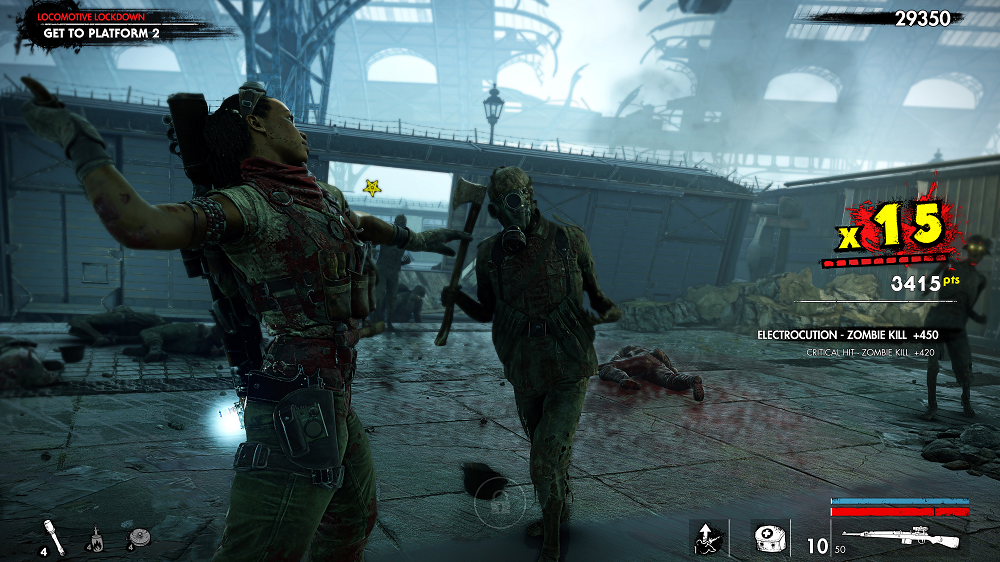 Zombie Army 4 is the reanimated corpse of gaming’s past, stitched together from the best bits of Sniper Elite. It’s a B-movie pastiche stuffed with classic movie references and thousands of heads (and bollocks) to pop. But most importantly, it’s a new game. A new, fairly-enjoyable video game in 2020 - what a concept.

Version tested: PS4 Pro - a review copy was provided by Rebellion. Tech note: the PS4 Pro offers the option between resolution and performance. I went for the latter and it ran at a smooth 60fps throughout, even during busy combat sequences.