Zombie Army 4: Dead War is packed full of collectibles to sniff out among the putrefied undead hordes. Here’s where you and your probable co-op partners can get your mitts on every Zombie Hand, Upgrade Kit, Document, and Comic in the first chapter of Zombie Army 4 - Dead Ahead.

Each one of the collectibles in Zombie Army 4 are devilishly hidden. You’ll need to keep your beady eyes peeled throughout the entirety of every level if you want to find them on your own.

The Zombie Hands especially are tough as nails to find and very easy to miss.

Below are the locations of every single upgrade in the game’s first mission, which consists of three chapters.

Document - Once you start the chapter, make your way to the fortified position and speak to Bruno. Once the door to your right opens, the Document is on a desk in the next room. 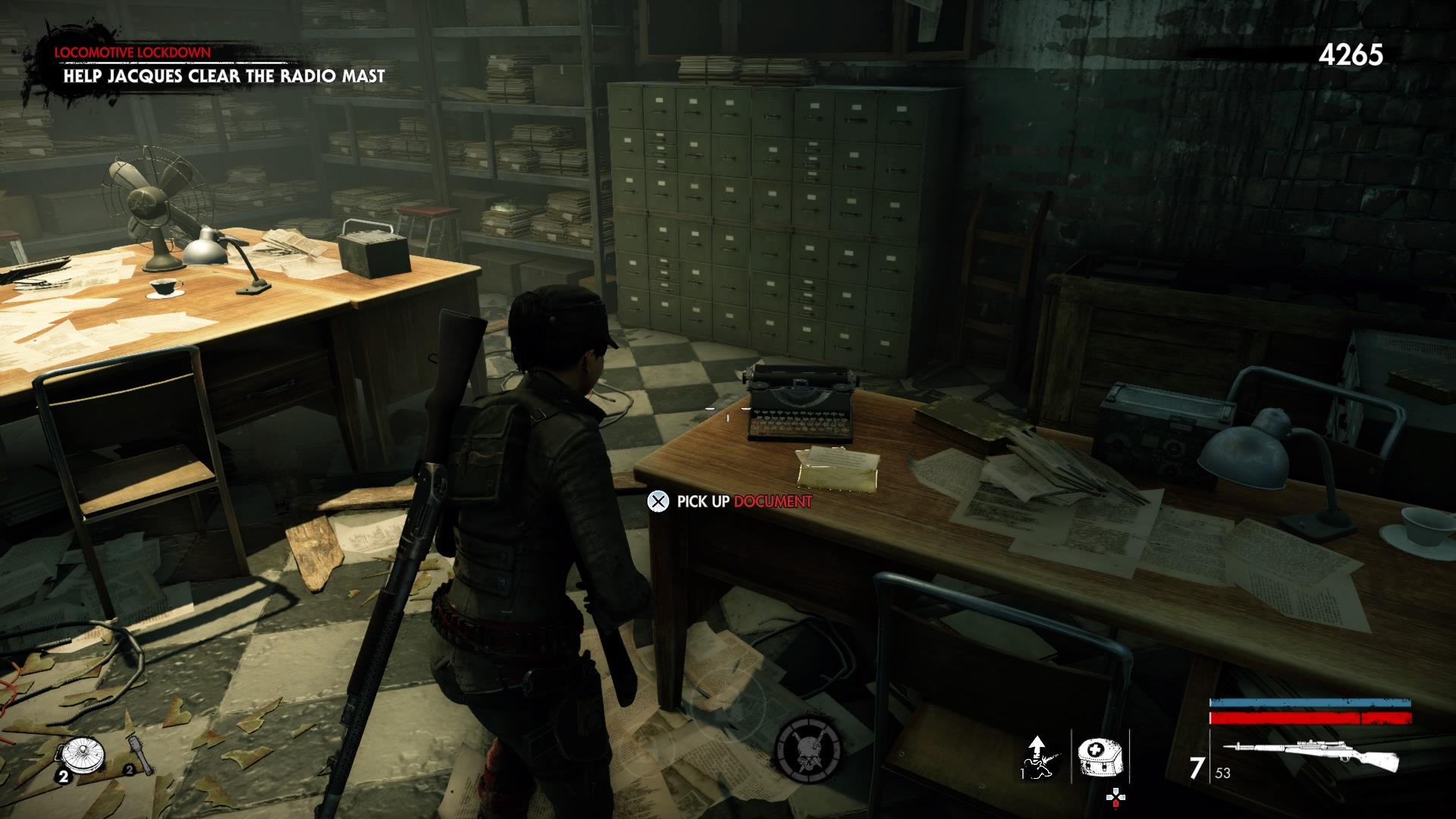 Comic - From the Document, go up the set of stairs in the same room and hold the button prompt to open the door half way up. Inside, you’ll find the Comic underneath the fizzling light. 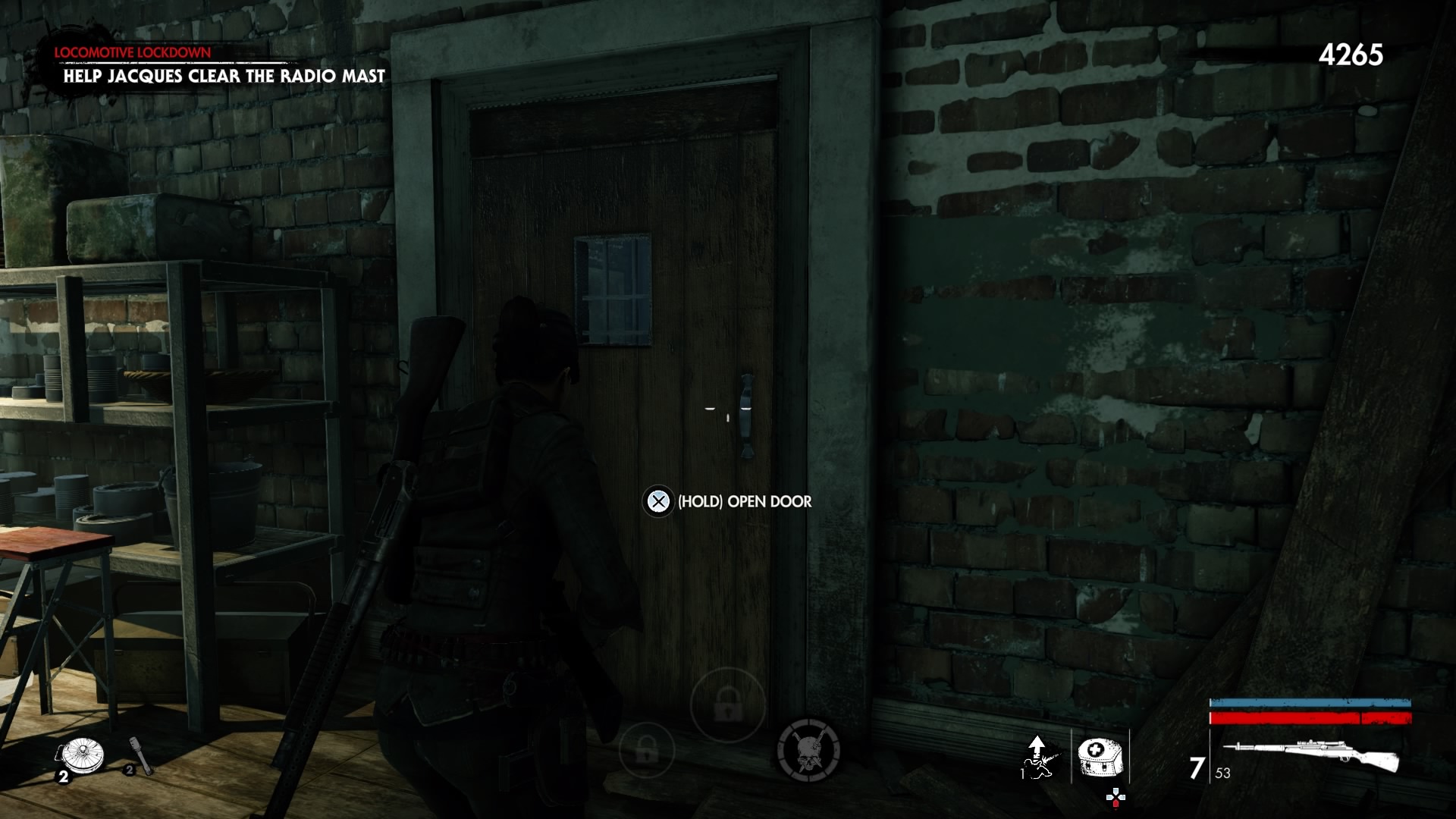 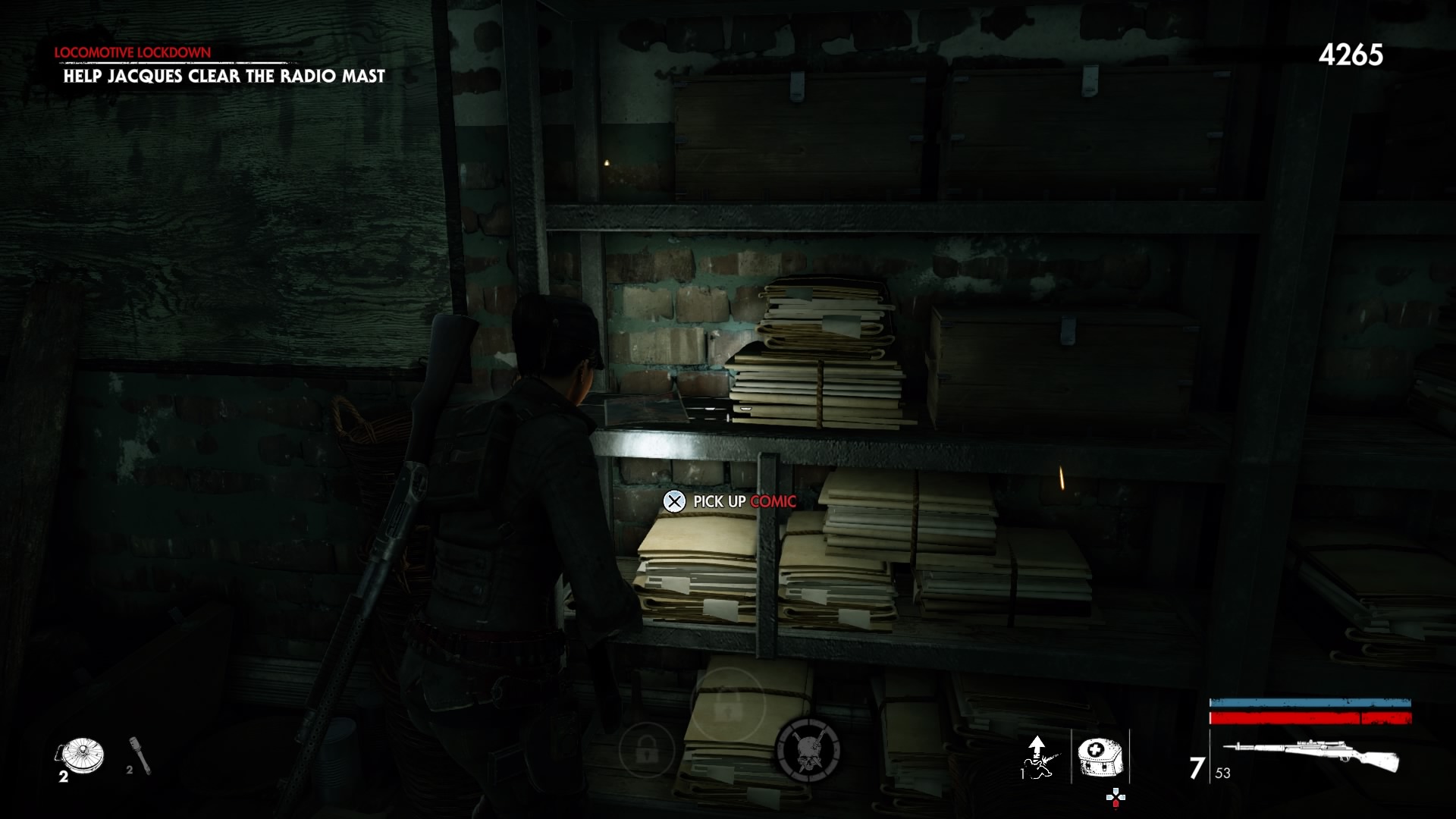 Zombie Hand - When your objective changes to shooting the zombies off of the radio mast, position yourself to take the shots.

Before you do, look down towards the train platform swarmed with zombies. The Zombie Hand is running around in front of the train turntable. 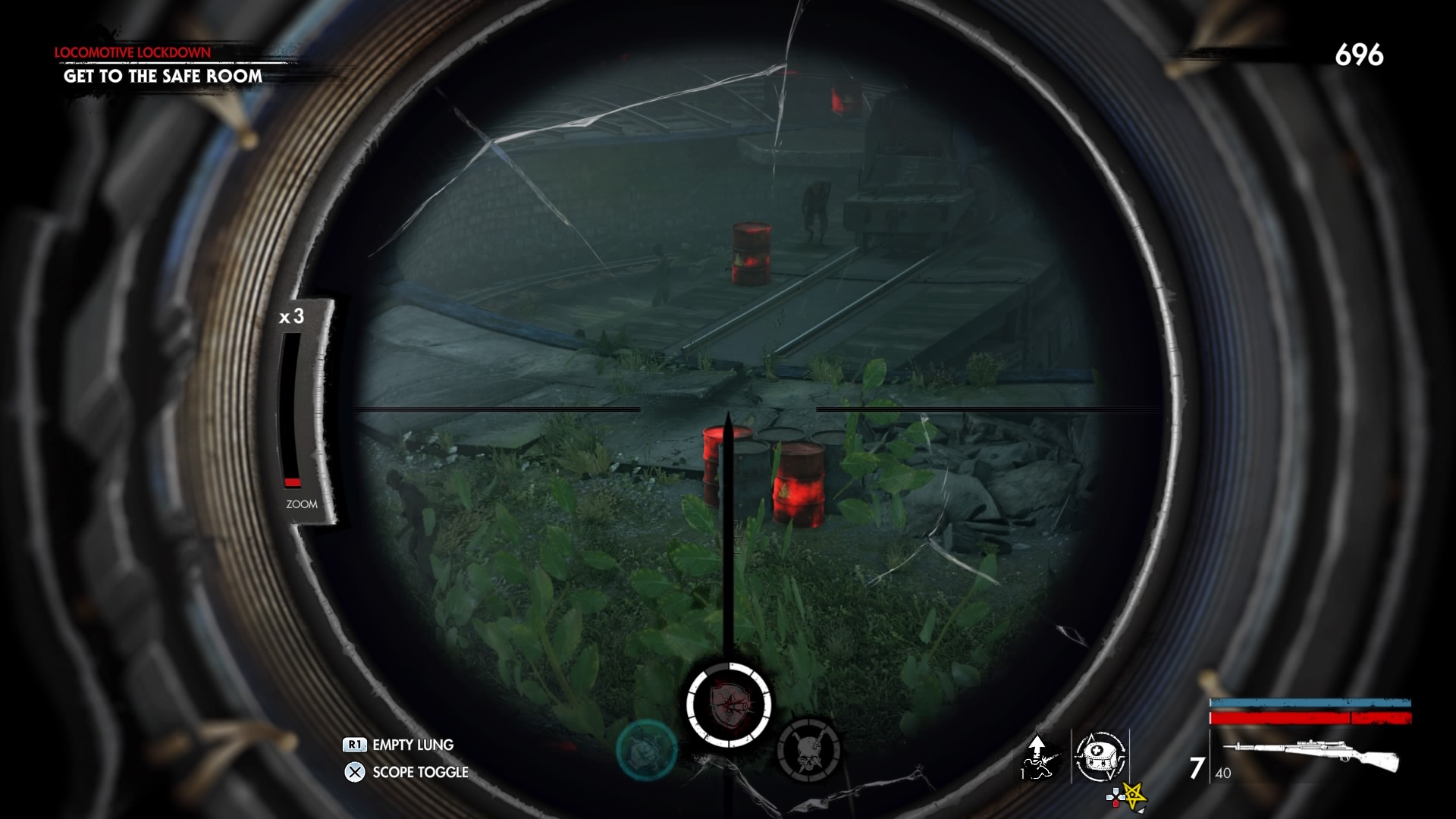 Upgrade Kit - Once you’ve cleared the radio mast, turn around and collect your medkit from the room behind. Then turn right into the next room. At the top of the stairs, there are some breakable boards which you can smash with your melee. The Upgrade Kit is inside here. 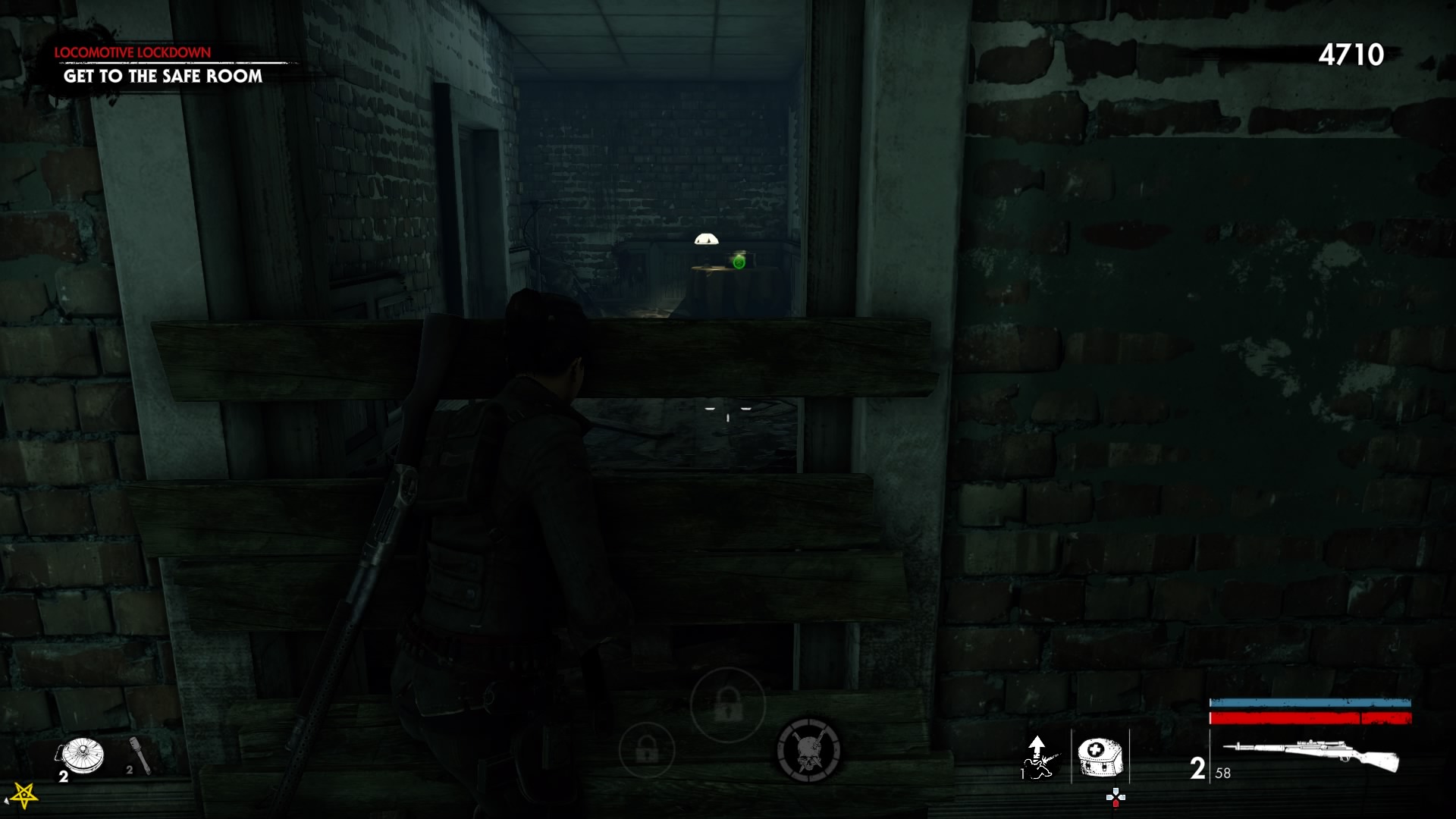 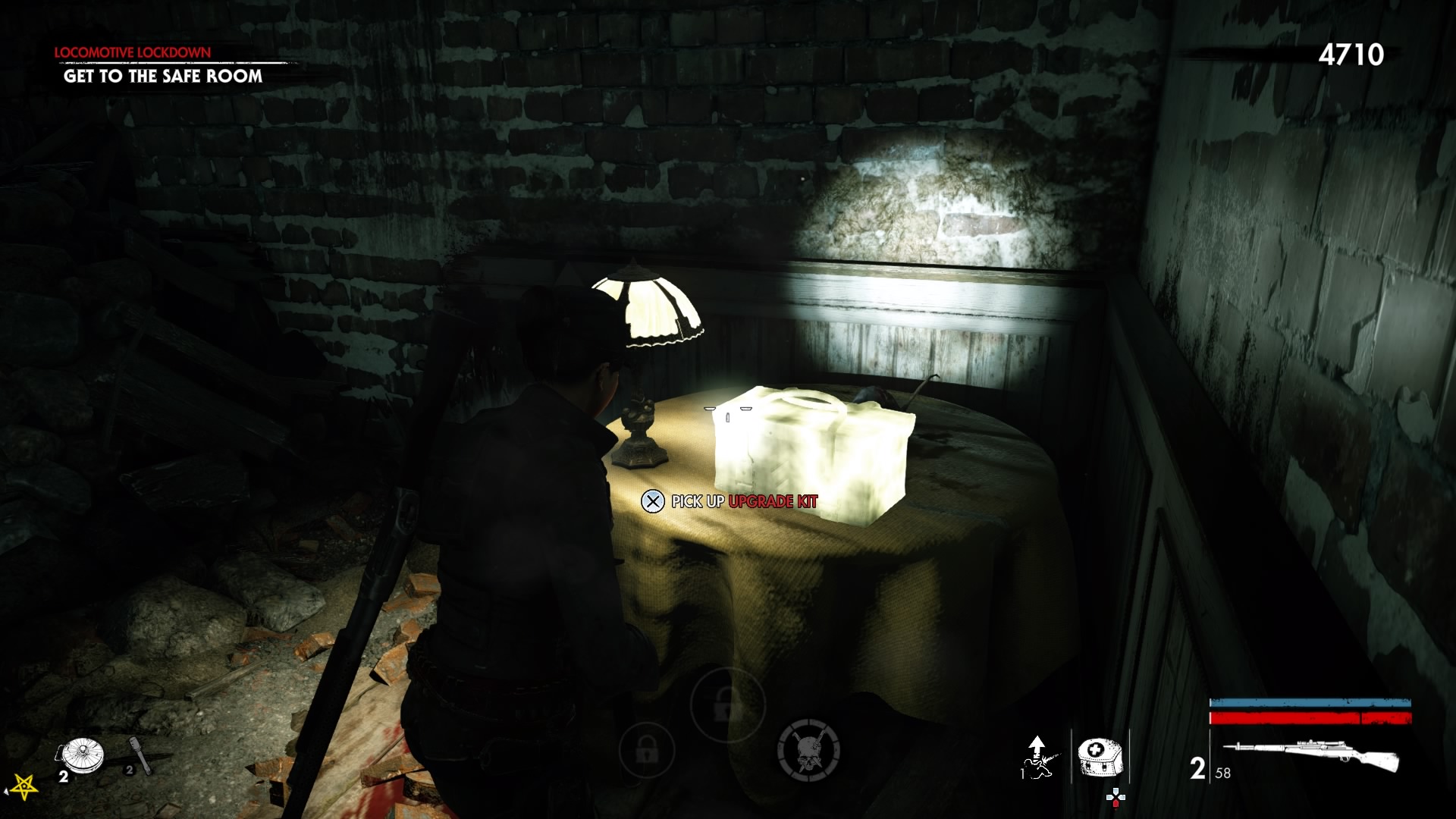 Upgrade Kit 1 - The first Upgrade Kit is on the counter in front of Edie right when you start the chapter. 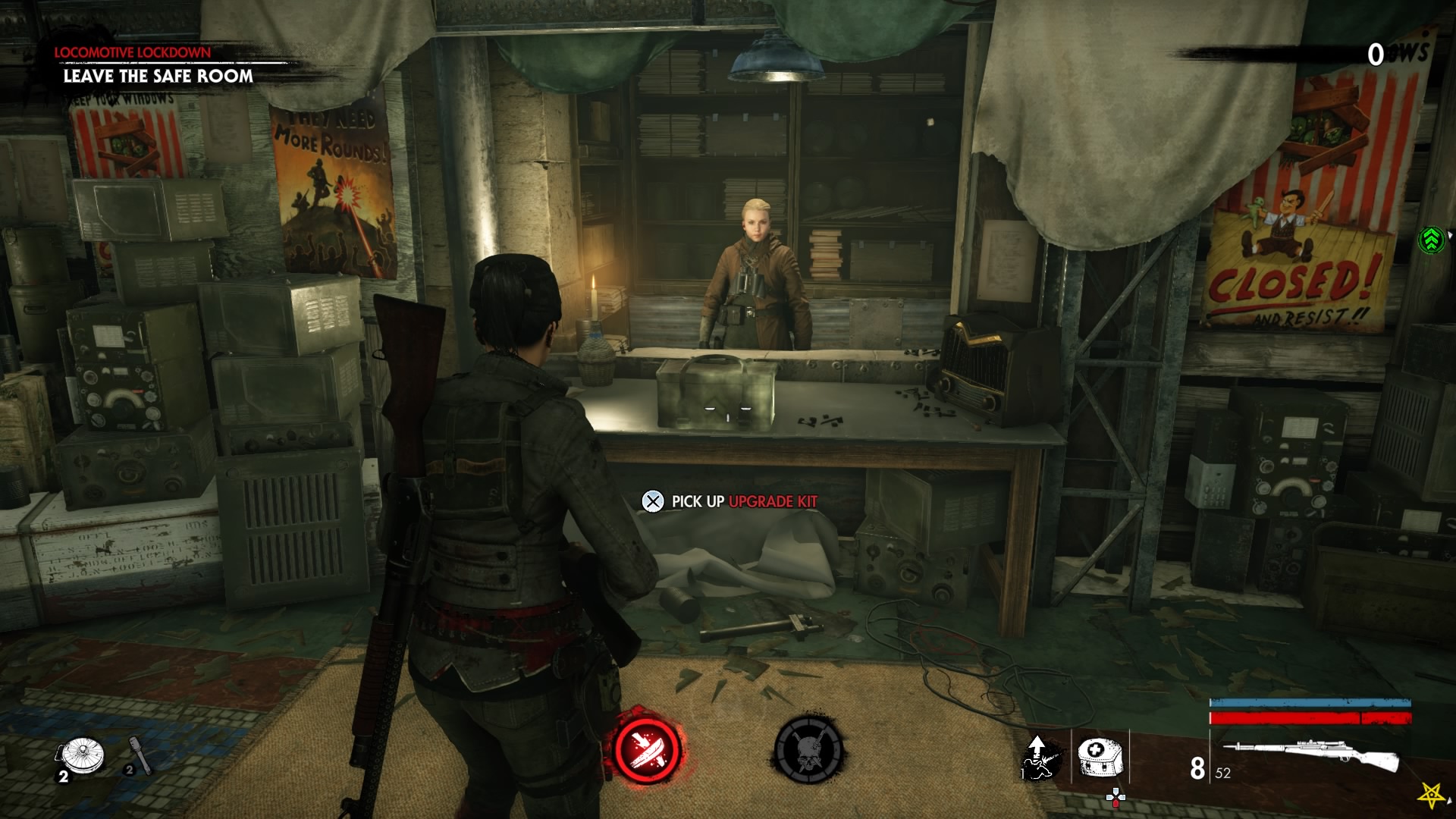 Upgrade Kit 2 - The second Upgrade Kit is given as a prize for getting the top score on the Zombieshot mini-game down the path to the left in the safe room. 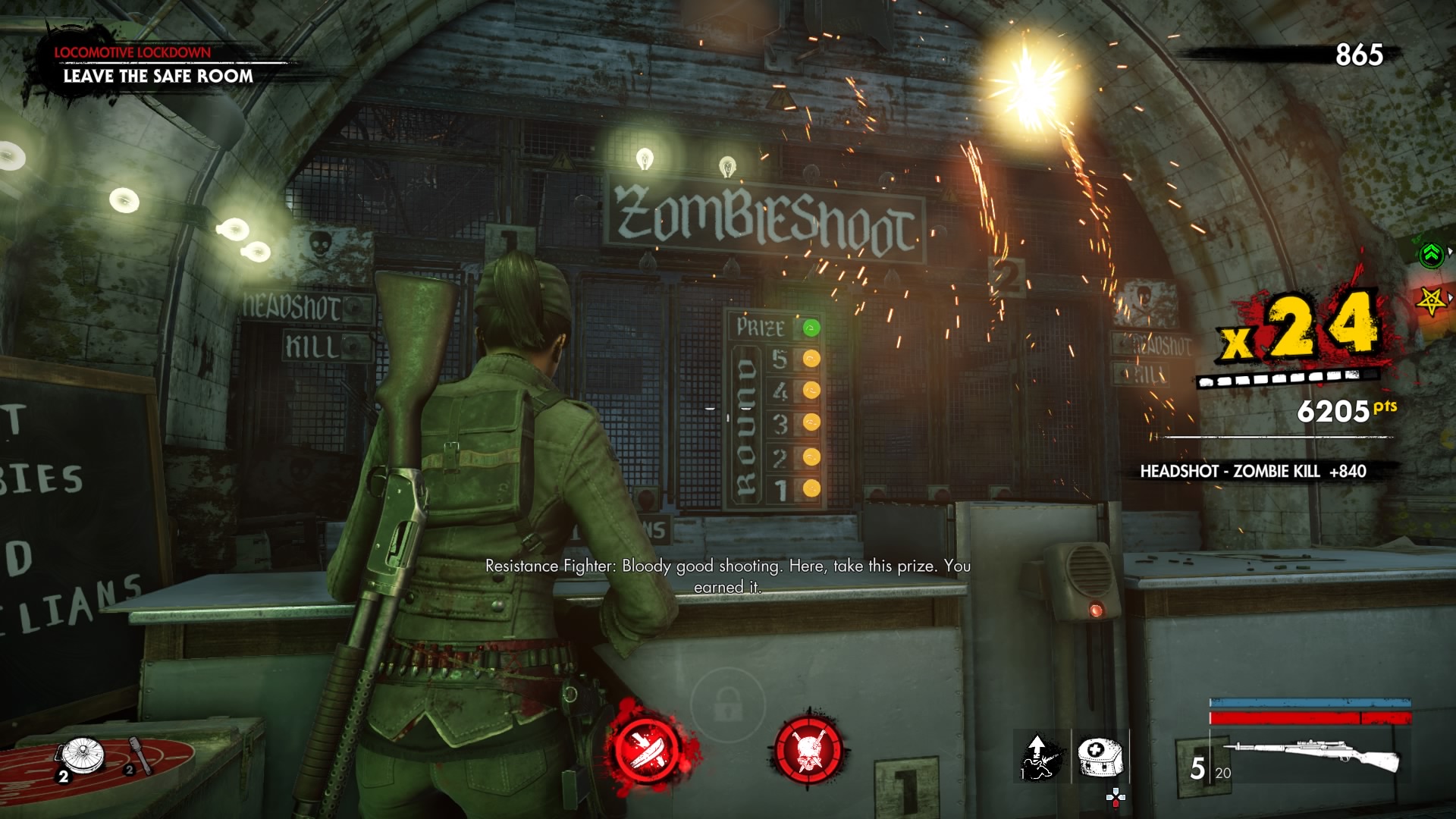 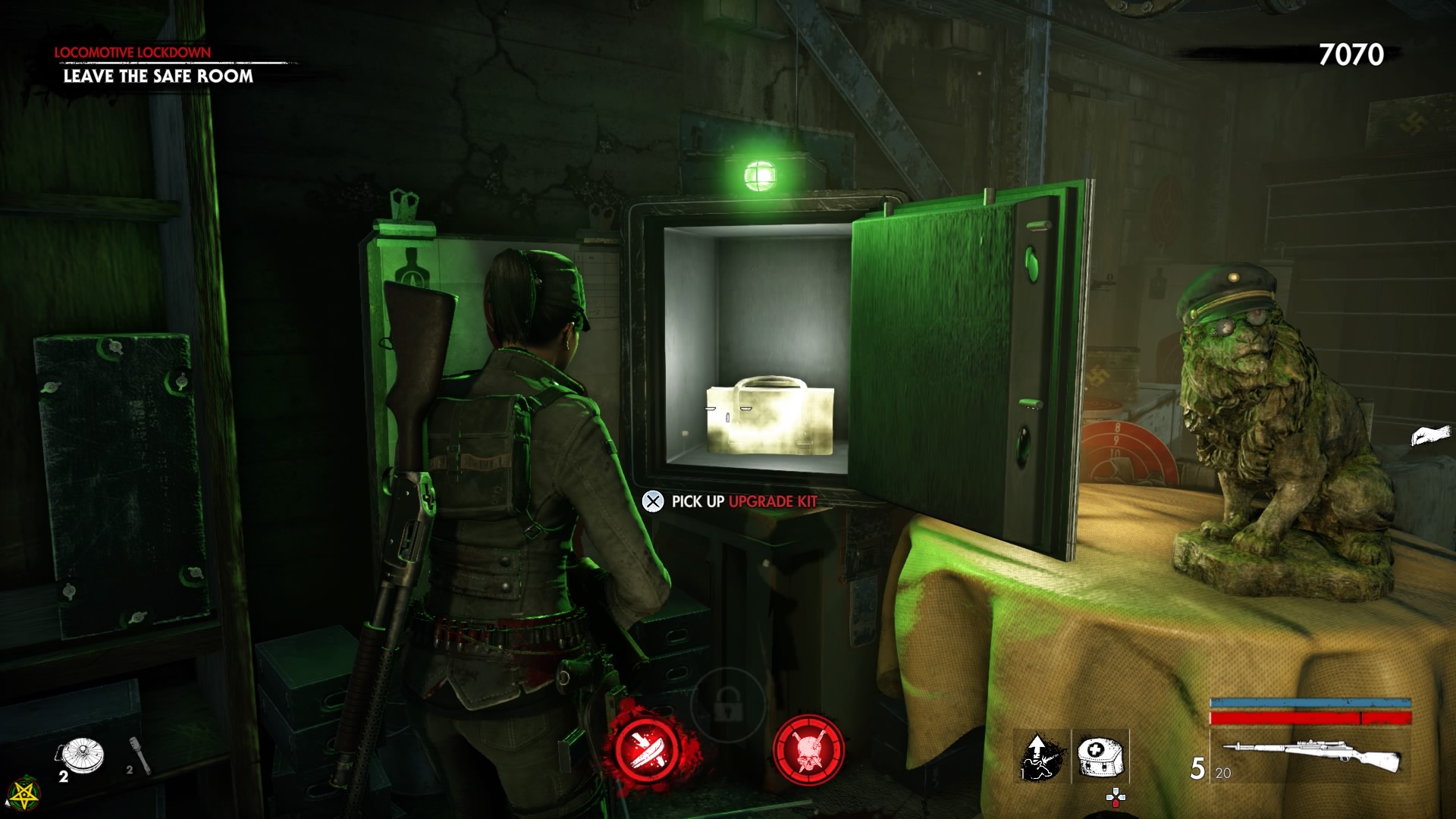 Comic - Once you’ve gone through the crashed train carriage, you’ll have to dispel a Blood Seal to progress. After you’ve dispelled this first Blood Seal, continue into the building, then look on the other side of the bench to your right. 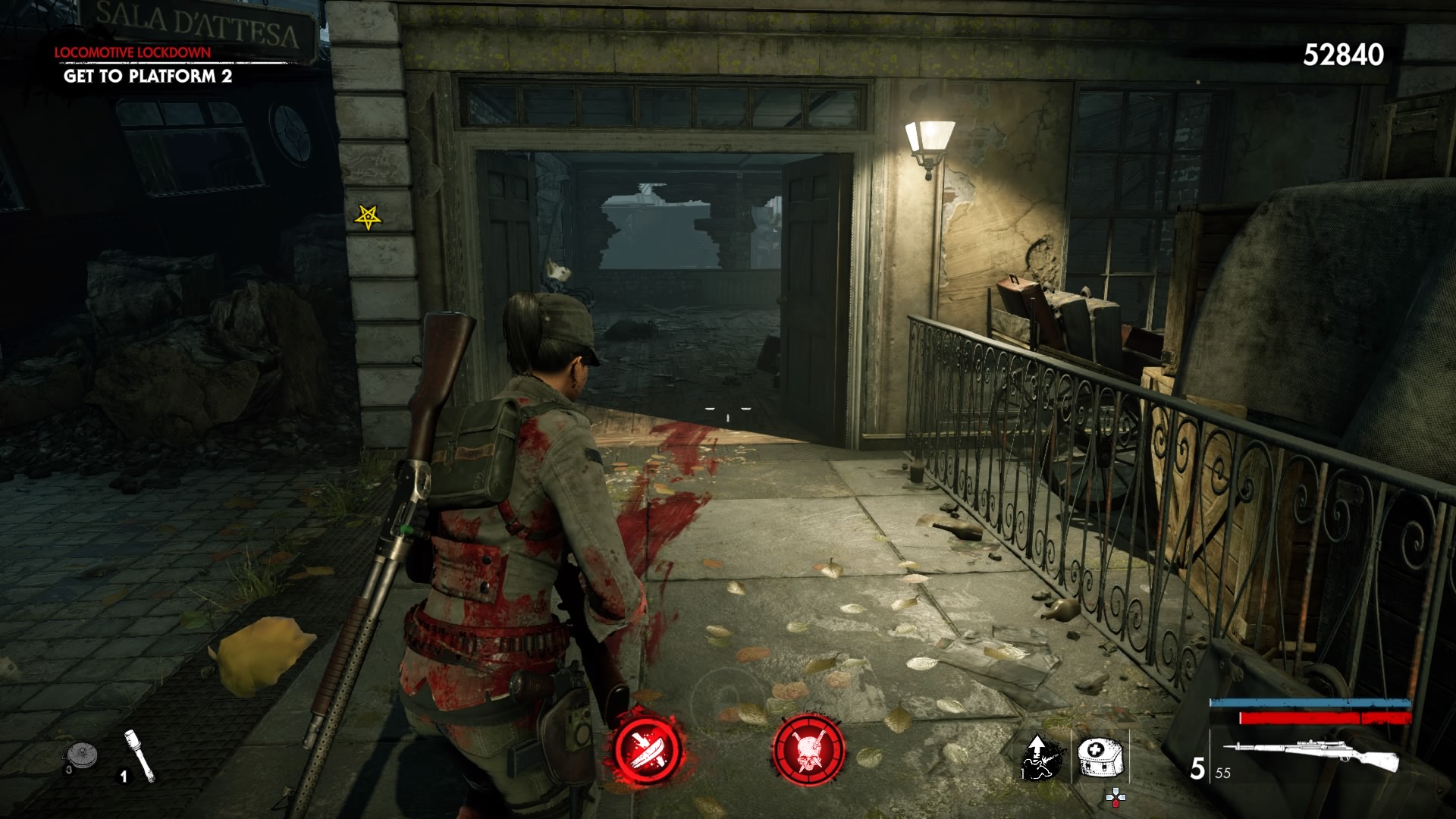 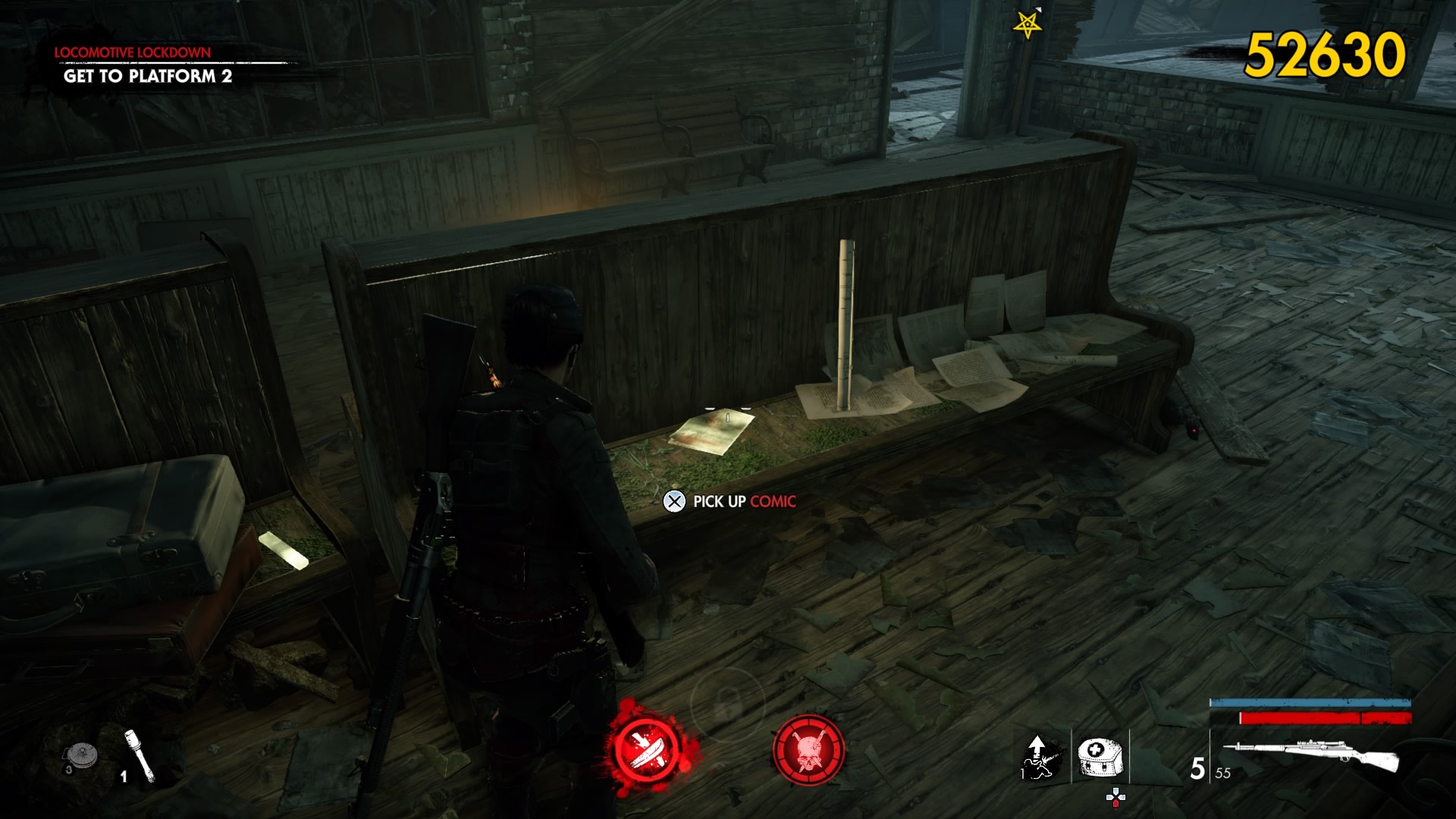 Zombie Hand - When your objective changes to climbing over the coal carriage, before you clear platform 2 of zombies, look behind you and the Zombie Hand is running around across the top of another train carriage. 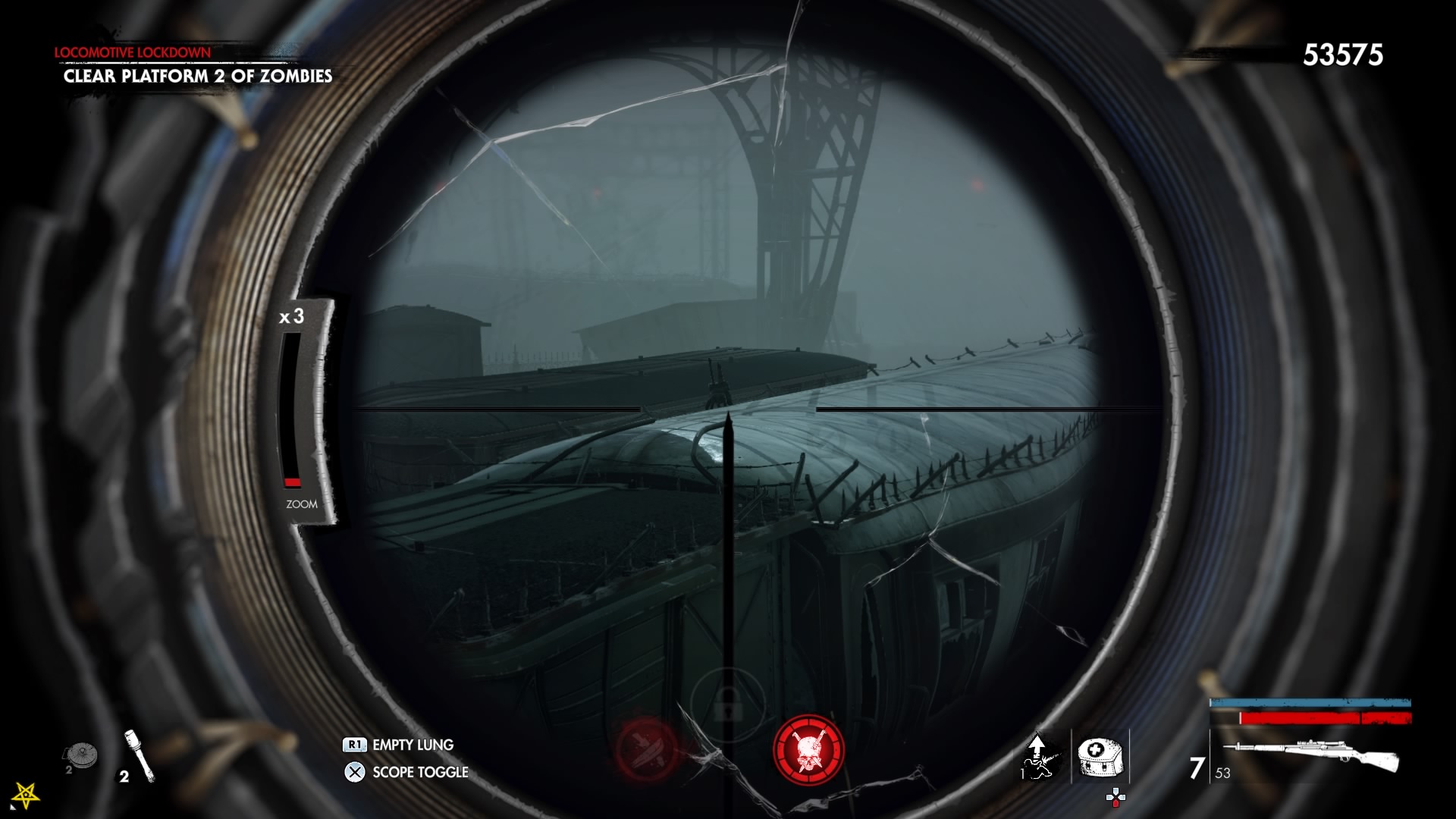 Upgrade Kit 3 - Once you reach the area with the Suicider Skirmish, the final Upgrade Kit is on the second floor of the shanty tower to the right. 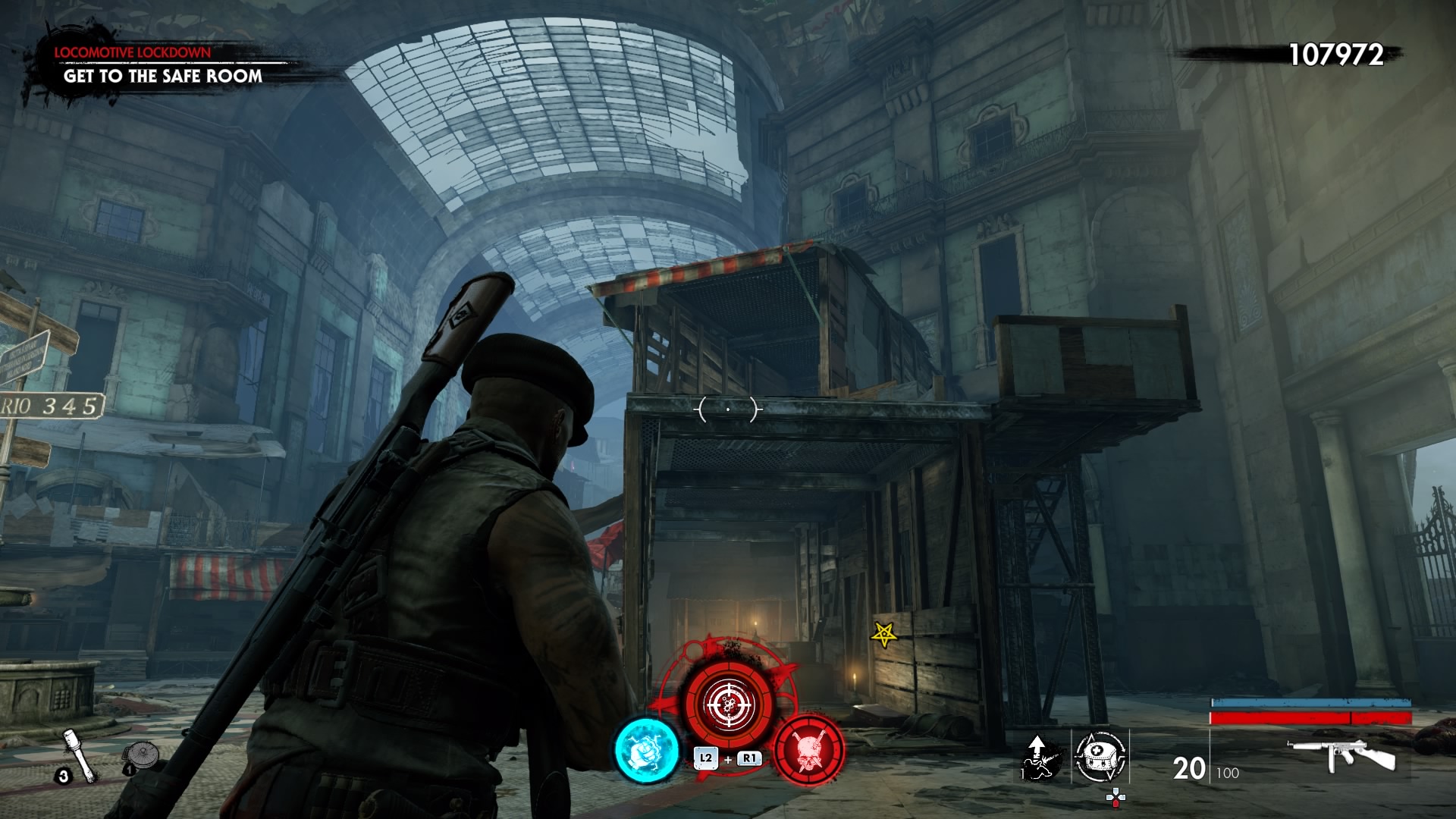 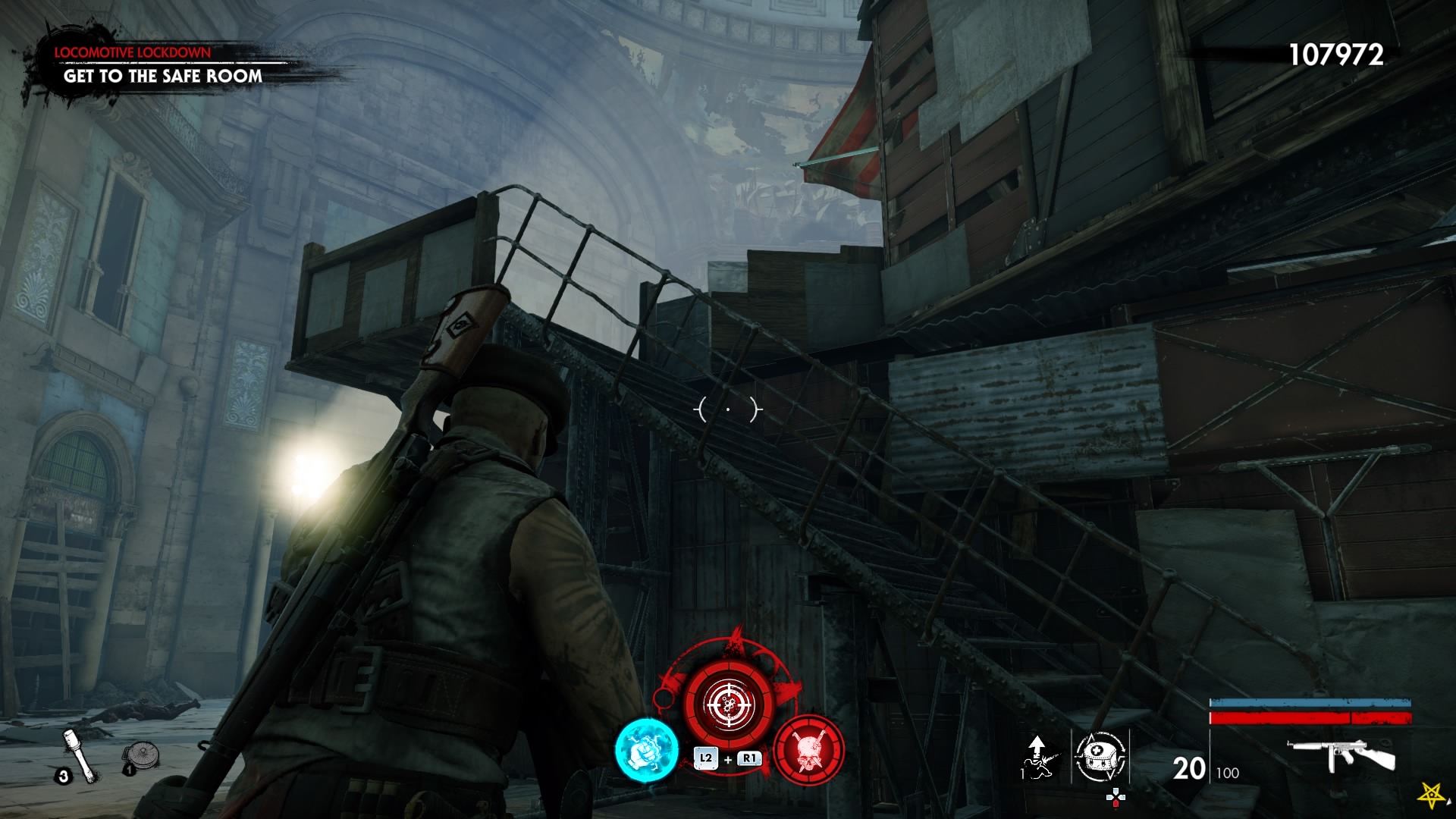 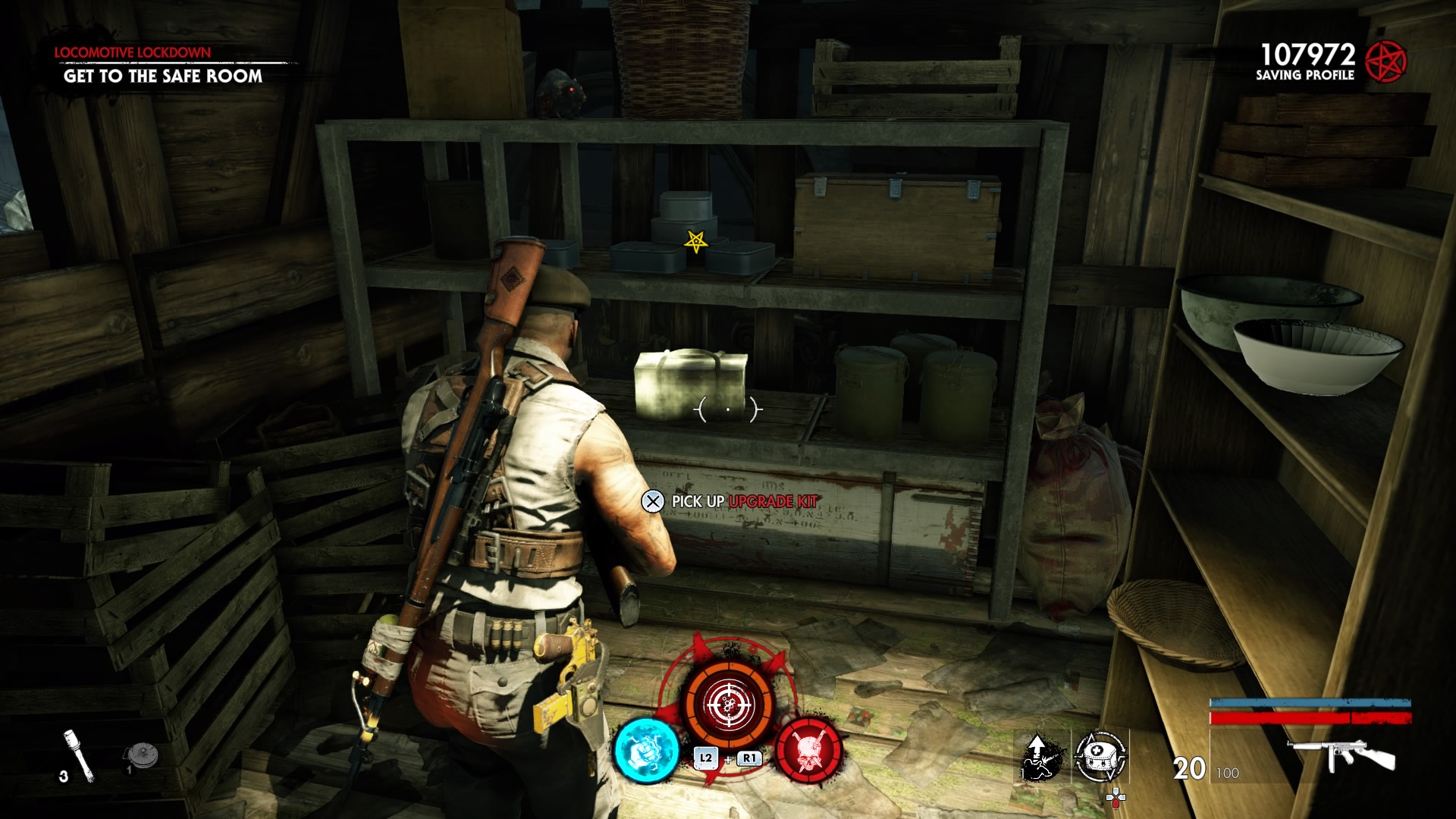 Document - After you’ve survived the Suicider Skirmish, search the shanty on your left. The Document is on the side. 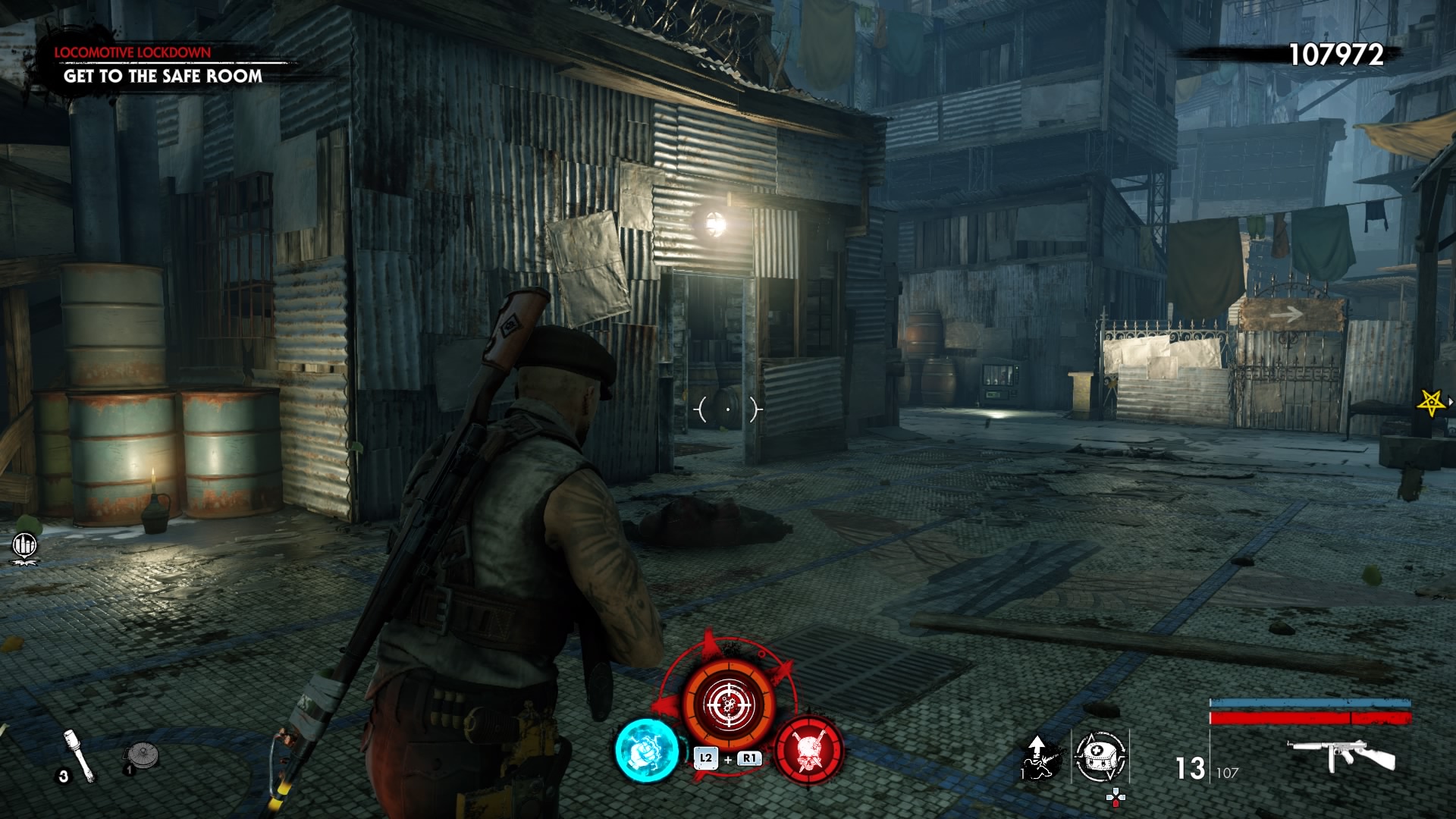 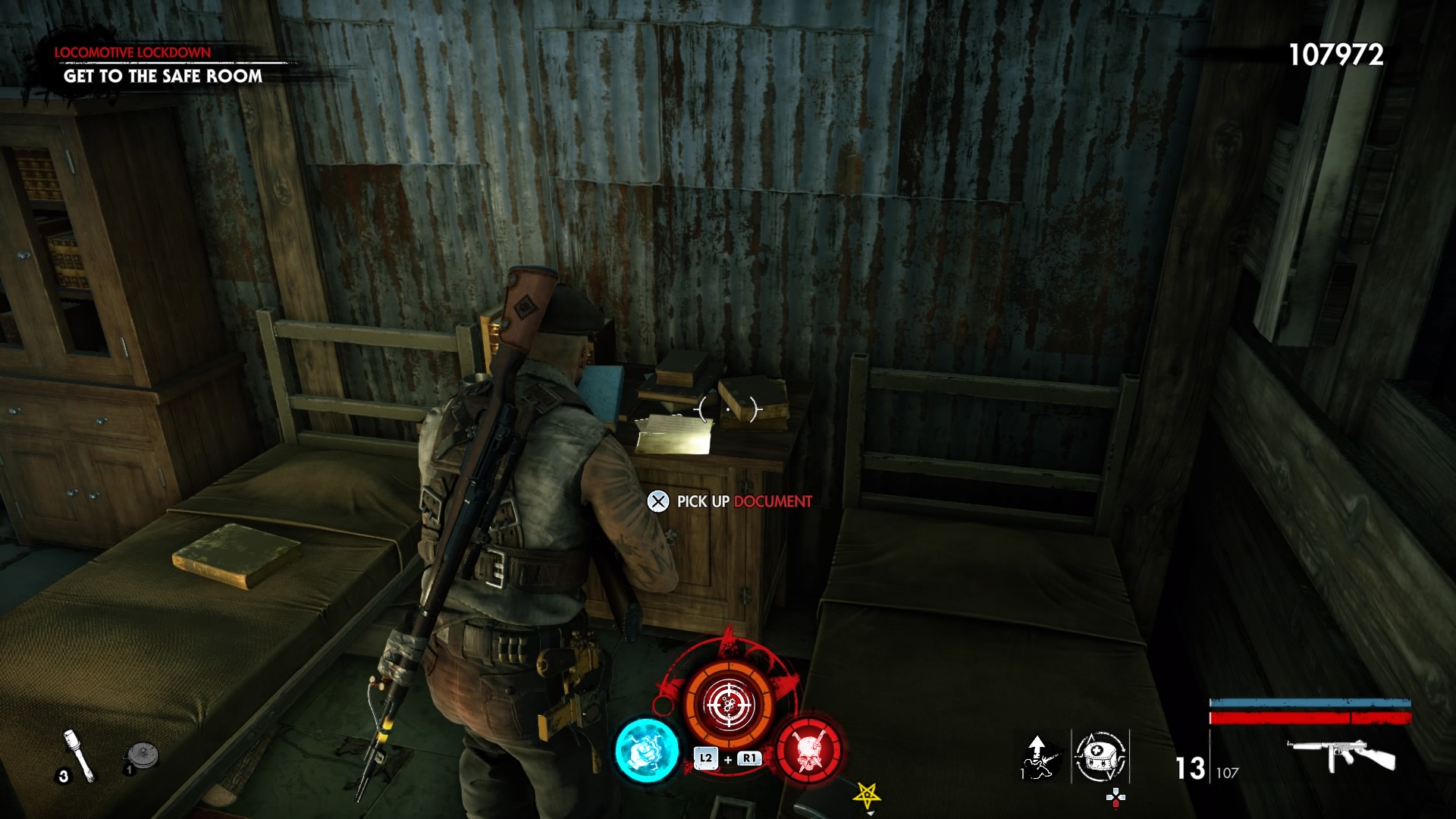 Zombie Army 4 Dead Ahead Chapter 3 Off the Rails Collectibles

Document - Right after you come out of the safe room, the Document is at the far end of platform 3. Go past the underpass to the carriages behind it. 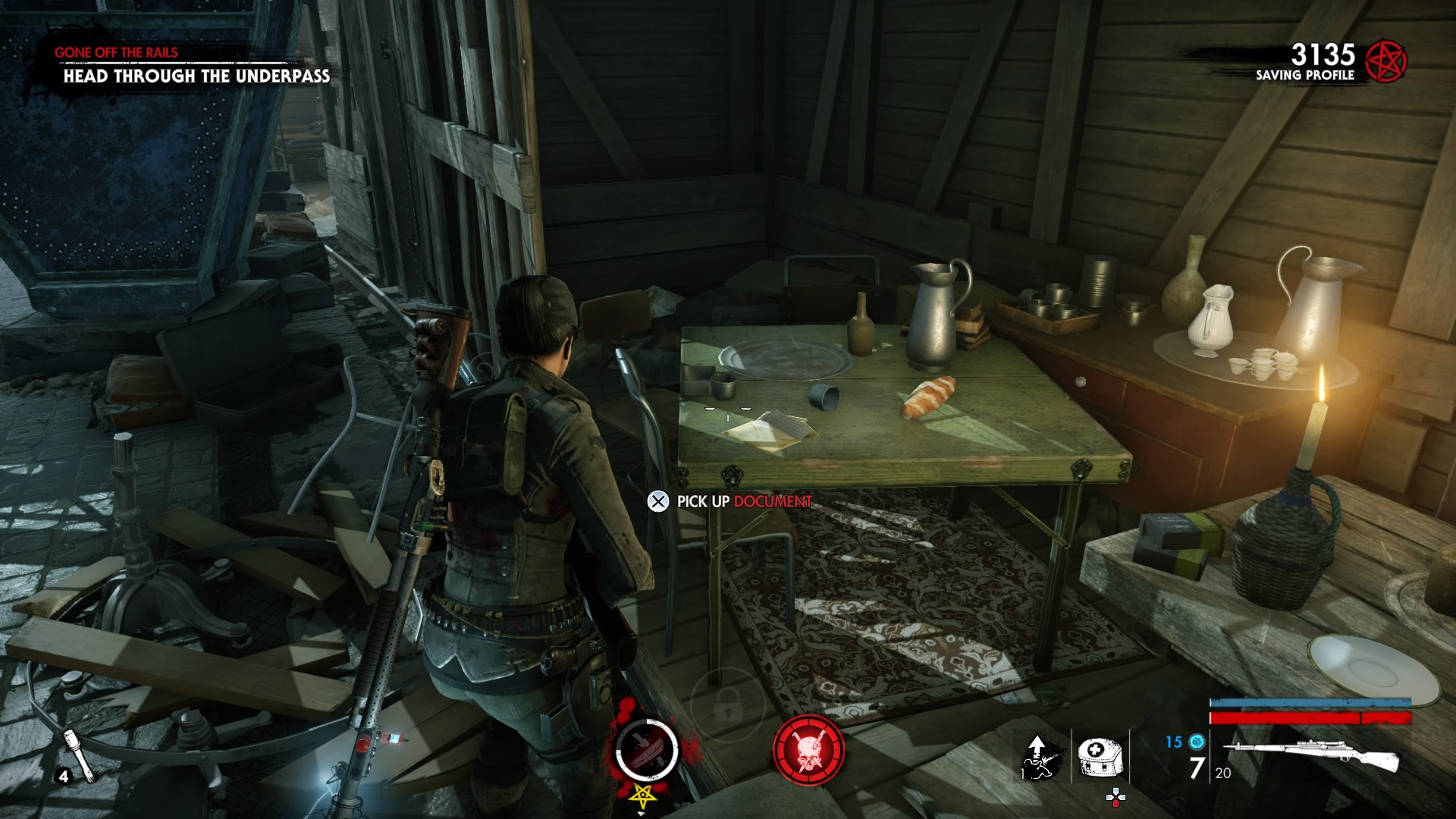 Heroic Action - Once you’ve gone through the flooded underpass and defeated enough zombies to dispel the blood seal, you’ll come to a bridge.

On the other side of the bridge, some survivors are being attacked by a group of zombies. You need to save them to complete the Heroic Action. It’s quite difficult to do from a distance, especially since you’re likely to accidentally break their door down yourself.

I’d recommend rushing in with your secondary, stand in front of the doorway and protect them from there. 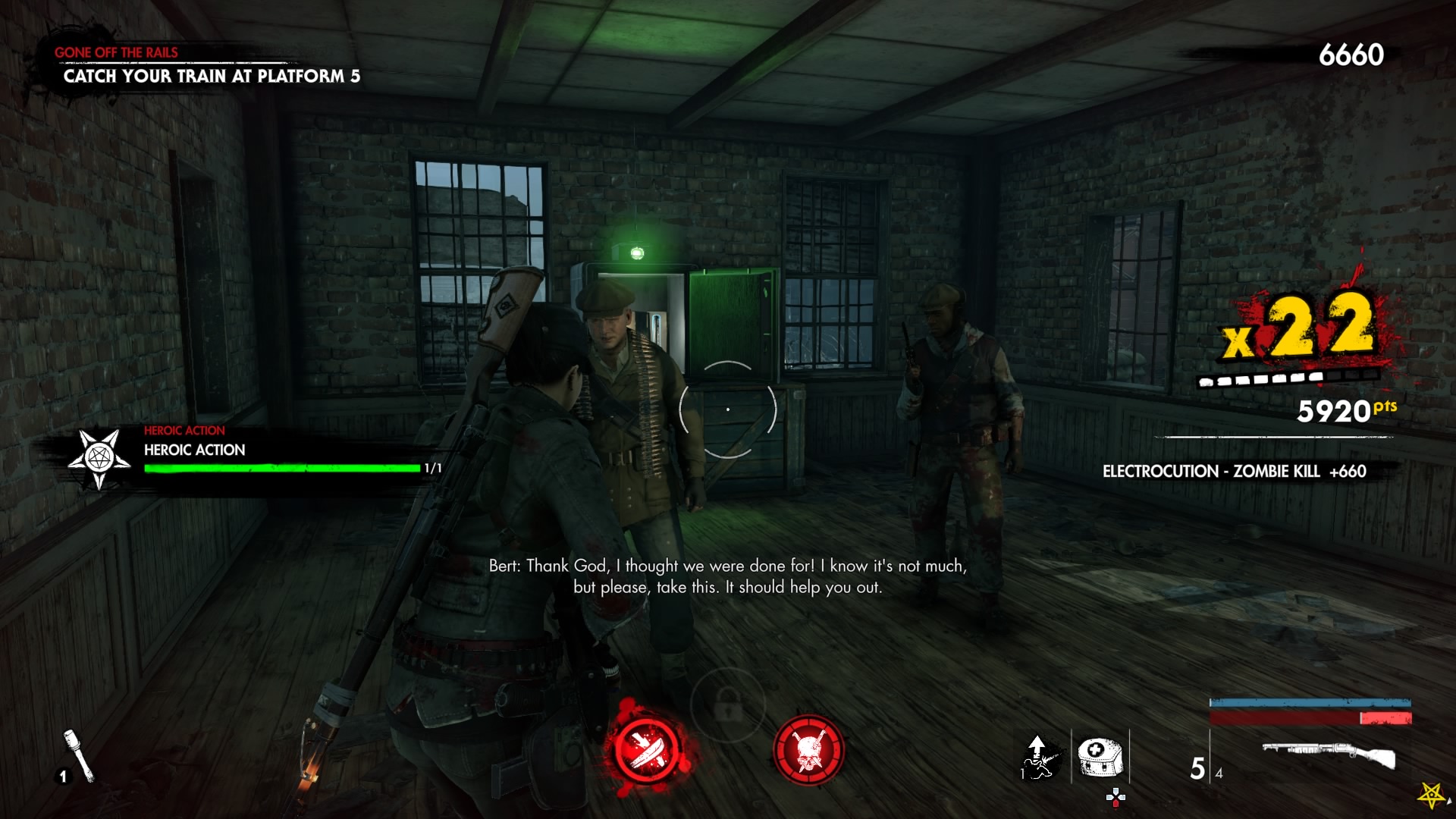 Upgrade Kit - After the Heroic Action, continue along the bridge until the floor turns to lava and your objective points to the stairs to the right.

Instead, go down the stairs to your left, turn right at the bottom, then look down the side of the stairs. The Upgrade Kit is down here, guarded by a zombie. 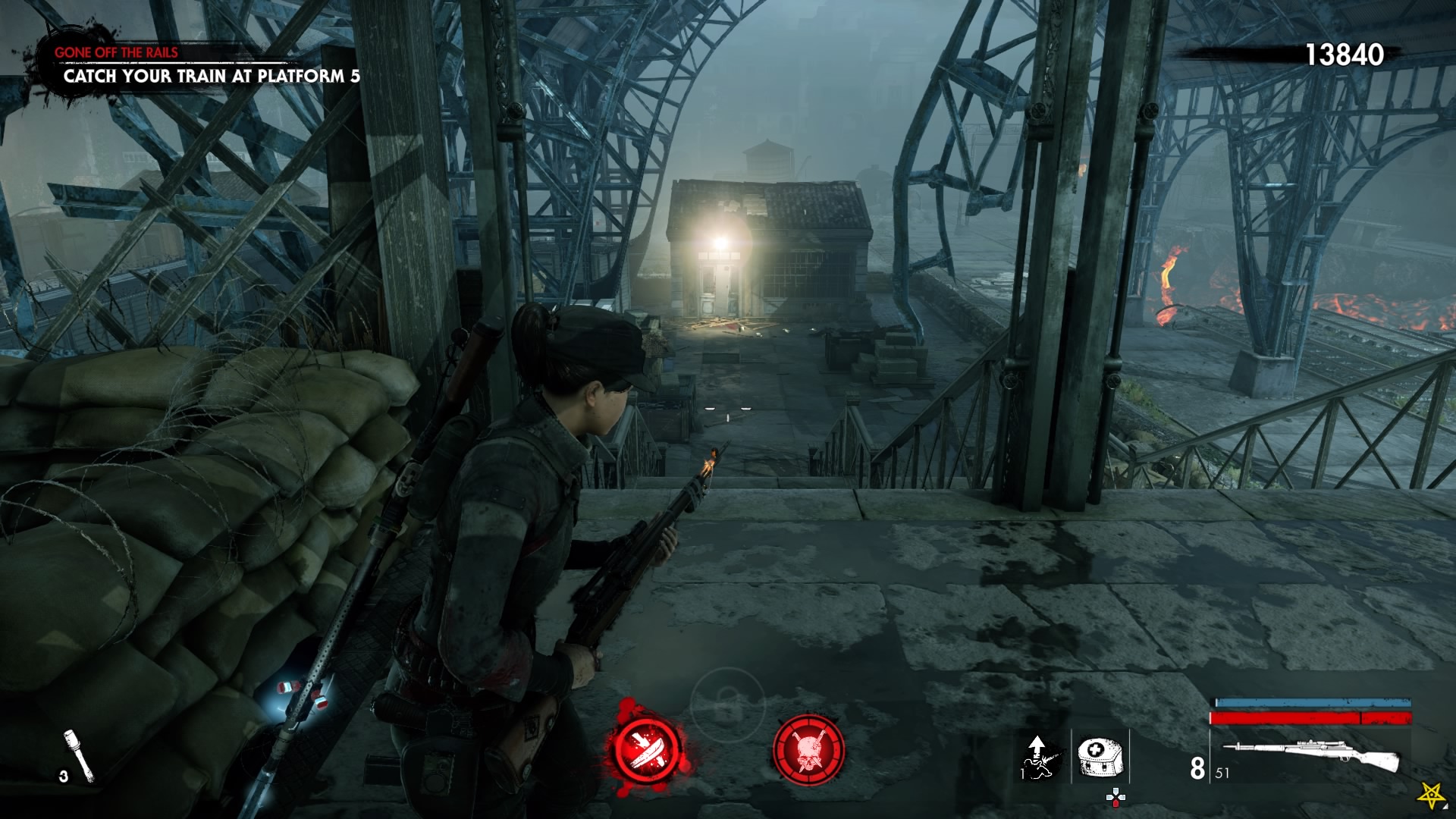 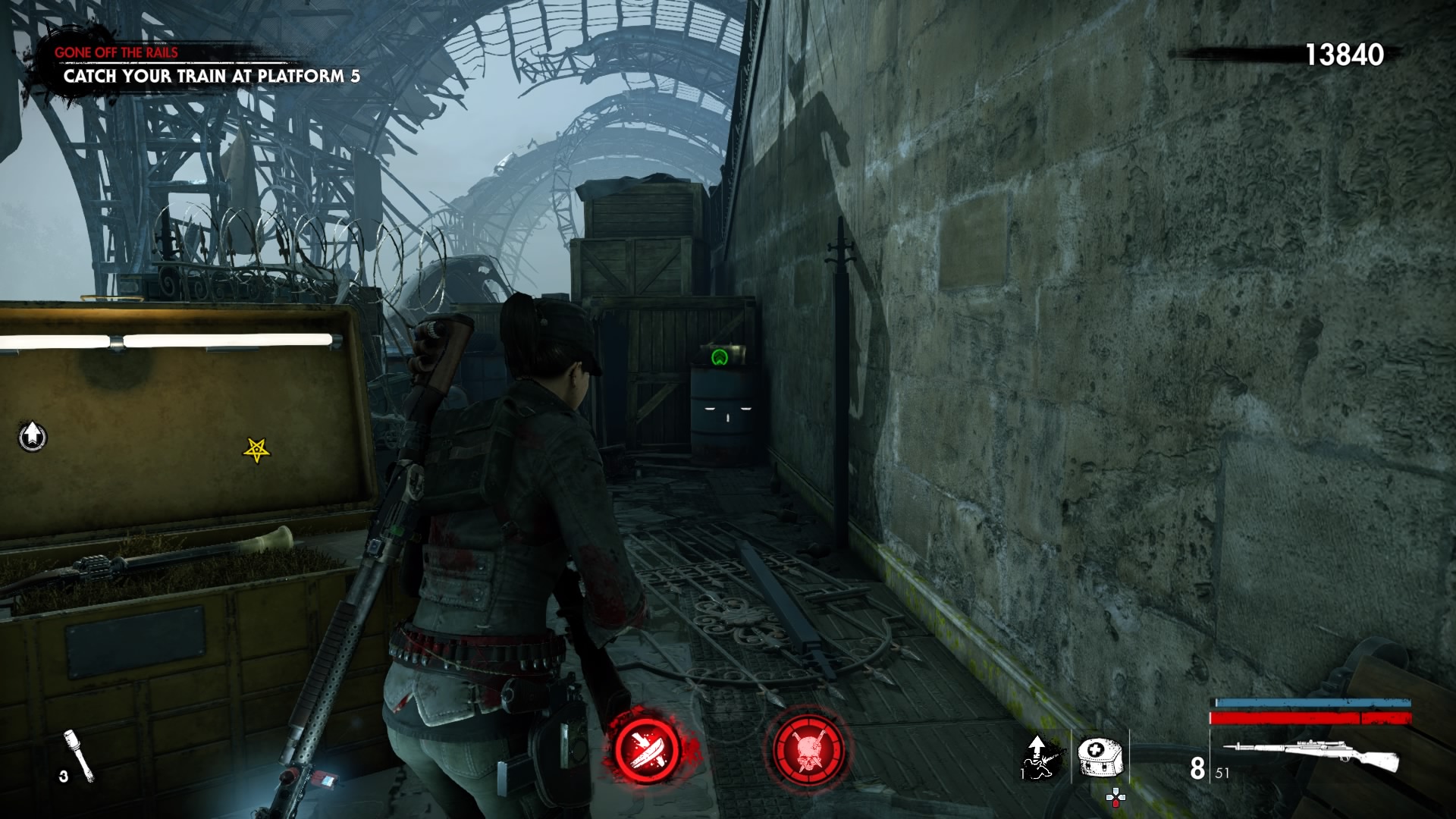 Zombie Hand - Make your way across the lava on top of the train carriages. Then when you see some zombies falling from the roof, don’t jump down, but look to your right. 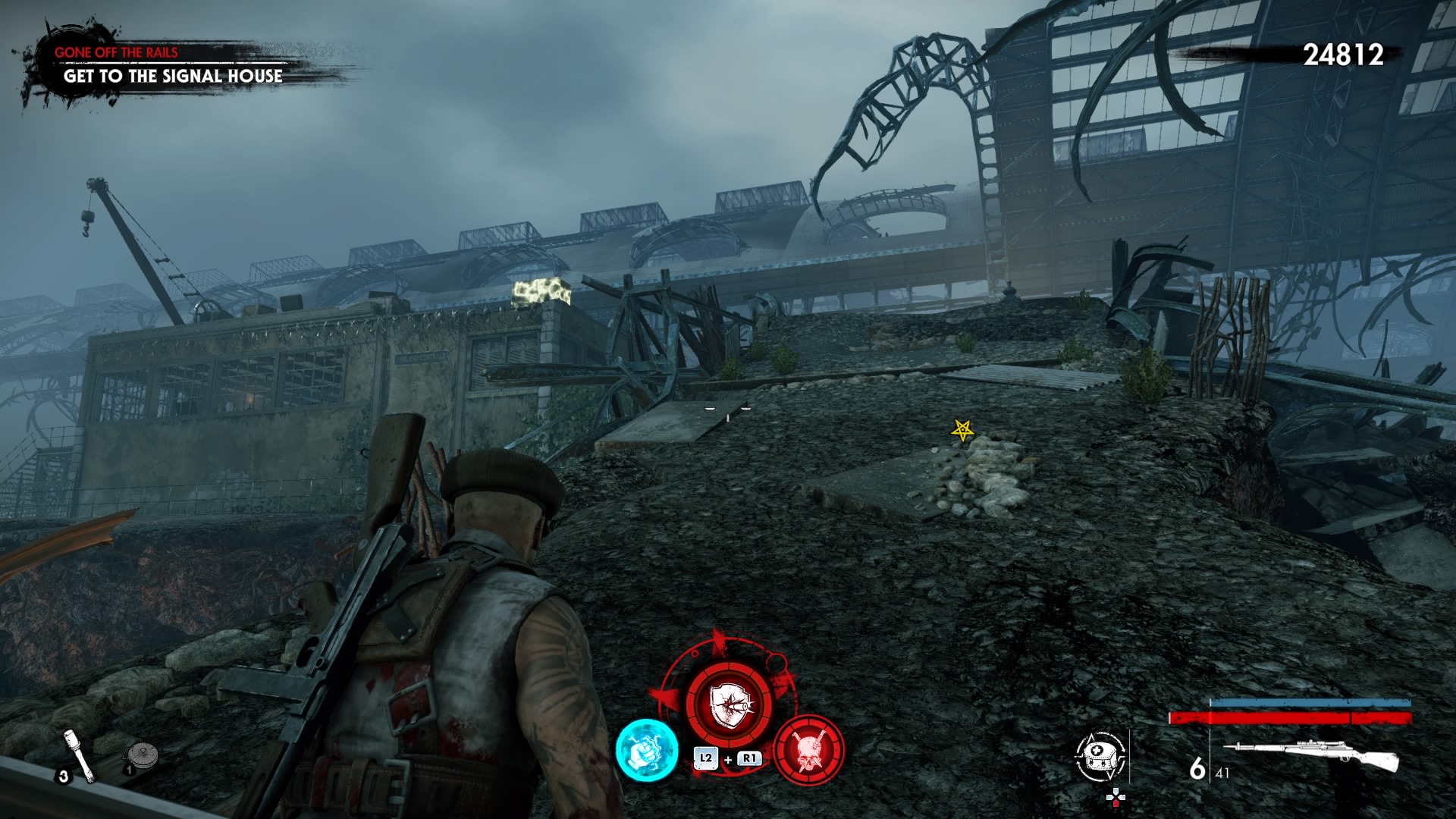 There’s an enclosed yard here with the Zombie Hand running a figure 8 around a rat on some barrels. 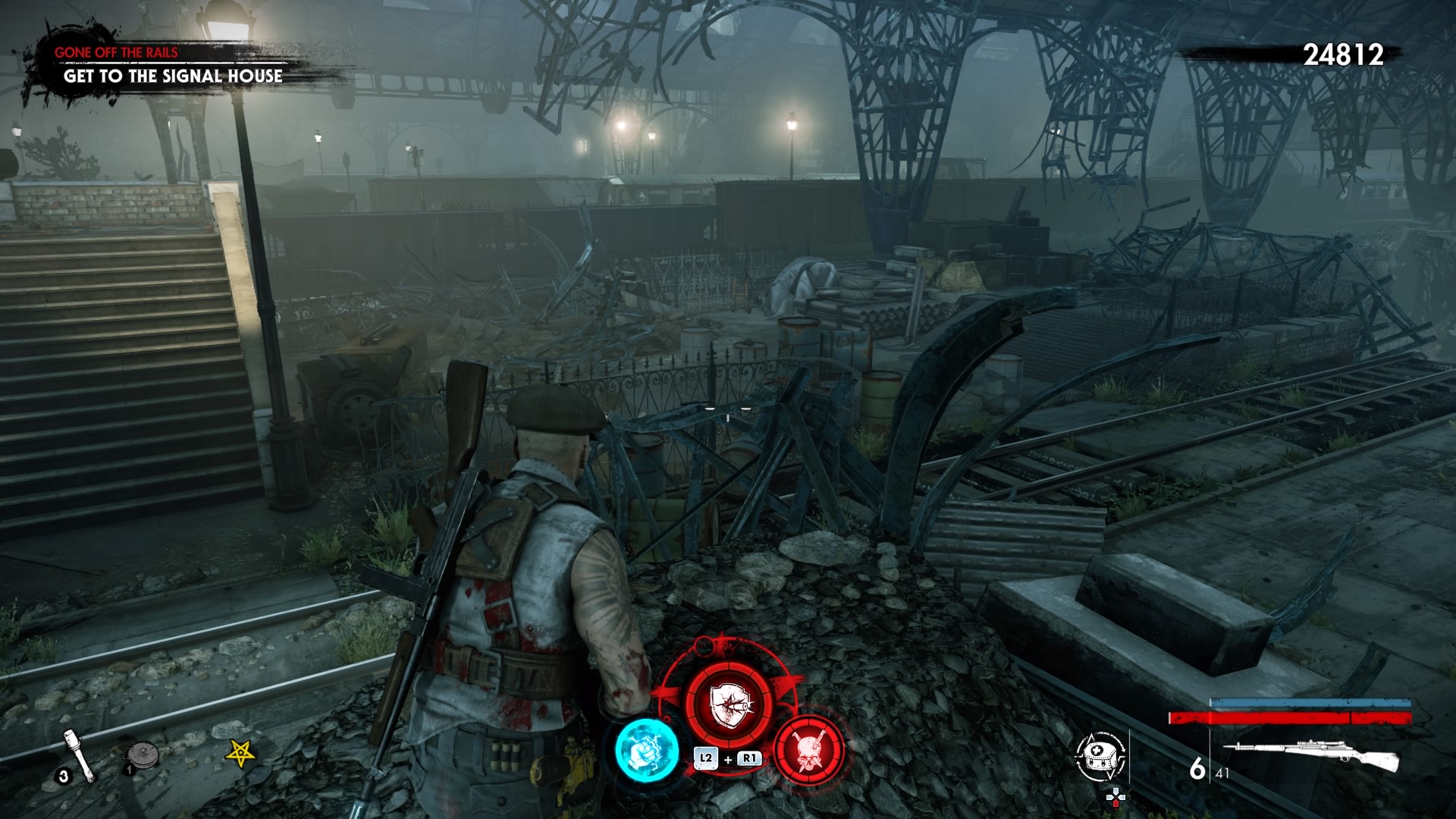 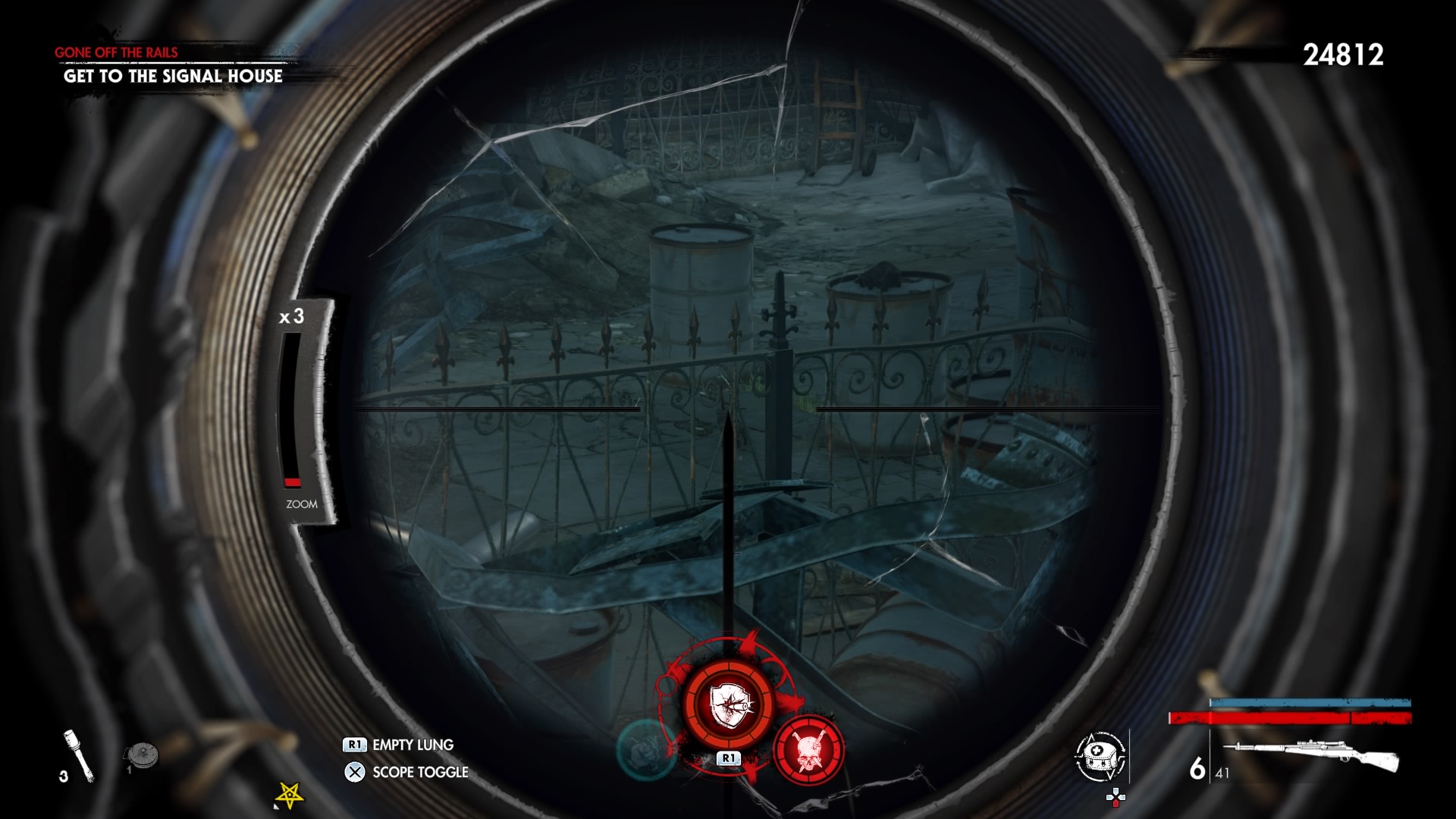 Comic - In the next area, after you’ve defeated enough zombies to dispel the Blood Seal the comic is on your left inside the signal room. 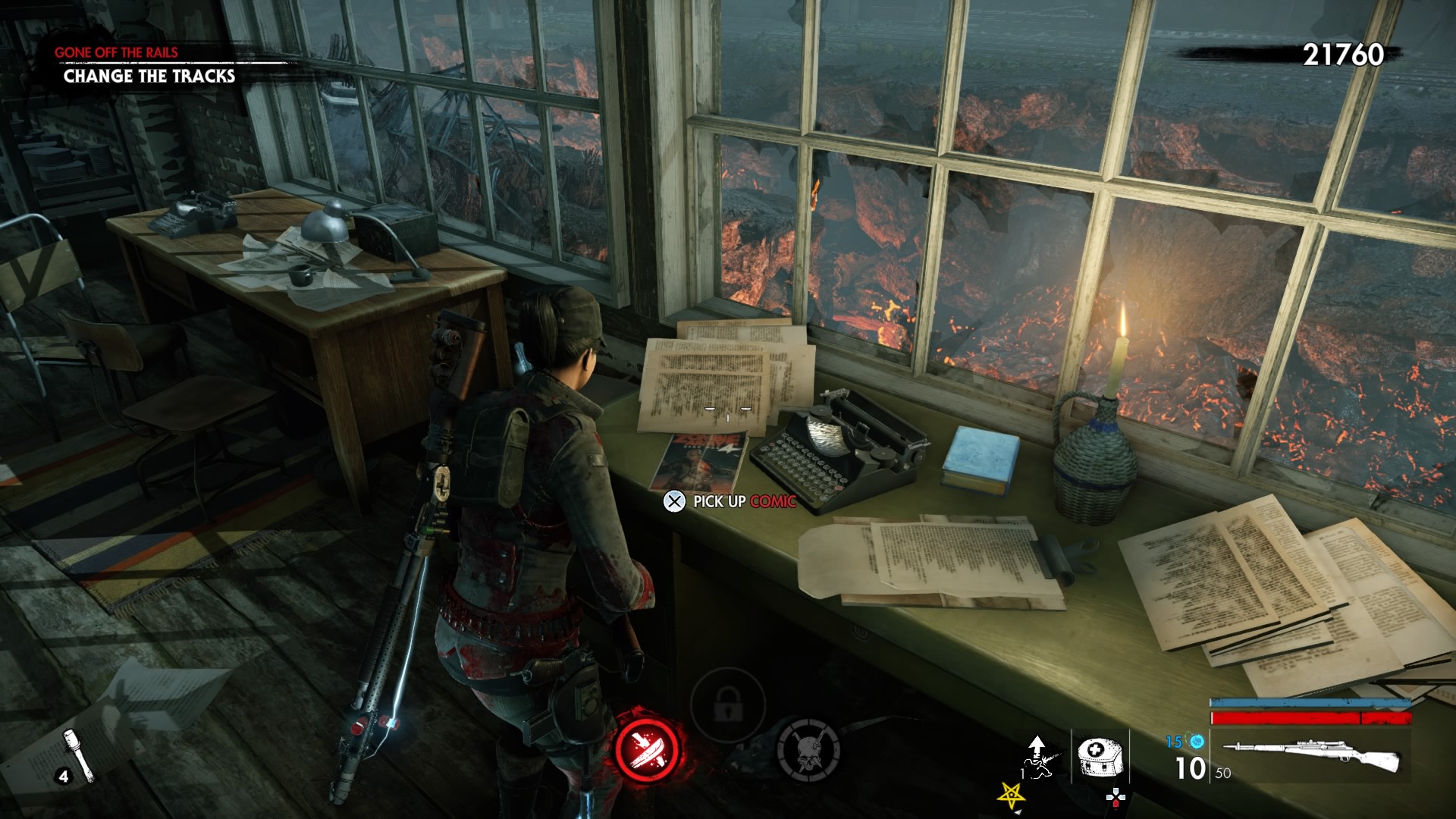