Xbox One was confirmed as requiring online check-ins once every 24 hours, and Microsoft confirmed that its rig wouldn't charge for used games at publisher's discretion. Dave Cook 'deals with it' inside.

It went as follows:

I thought I'd break these bullet points down one-by-one to try and make sense of the PR omnishambles that has clouded these matters over the past few weeks, and while it's clear that many gamers are currently seeing red over Microsoft's powder keg of clarity, it's important to approach all of this with a clear head.

While I sifted through the site's comment threads this morning, I started to ask myself exactly what it was about Microsoft's blanket policies that has been getting people so upset. The problem is that we all live in different situations where one all-encompassing strategy impacts people in different ways.

Some are fearful that their shaky internet connections won't be up to the task of meeting Microsoft's DRM demands, while others feel personally affronted by being told what to do with a product they may well spend upward of £399 come November. Others simply don't like being treated like criminals by having to justify their purchase to the company once a day.

I've seen some people state explicitly that their internet speed is perfectly solid and that we should all shut up and stop moaning. Well good for you Mr. '60MB of unbridled, unwavering internet bliss', but many of us simply don't have that luxury. But even then I think a big piece of this whole conundrum is being overlooked.

What Microsoft is really saying is that you can boot up your Xbox One and log-in, verifying your account within seconds, and then you can turn your router off for all they care. When you look at it that way things don't seem so bad. It was even suggested to me today that if my internet was shit I could even tether my phone for the verification and then unplug it straight after.

Yeah sure that'd work just fine, but see the thing is I shouldn't have to do that. At all. My mobile contract has a data cap as well, so the last thing I want to be doing is gobbling up my allowance just to prove I'm not a criminal to Steve Ballmer and his band of crazy pals who at this point in time seem to be out of their shitting minds.

I just moved flat twice within the space of two months because I rented a flat under a crooked company. I was forced to move, essentially, which means I've been without internet for a while. I'm currently writing this blog from a friend's house. If this was November my Xbox One would have now been offline for six days solid.

I was also told this morning that I - and most people - only move home once every 5-10 years - which is true. But how many people move home in a month worldwide? What will happen once their internet takes, say, ten days to activate? It's a serious question that demands an answer.

What does that mean Microsoft? Does it mean that once my line is back up and running I can log-in as if nothing has happened? Will you ask questions about where I've been? Will my Xbox Live account - that I will presumably have to still pay for on Xbox One - have some hidden red flag raised against it because I'm now suspected of being a dodgy bastard?

Still the questions keep coming and the fact that I still have these questions shows that Microsoft is not clearing the air well enough. If this was supposed to be some form of damage limitation then it hasn't worked based on what I've seen among gamers this morning. I can tolerate having to check-in once a day, but it doesn't mean I have to like it.

Here's another thing. See this? 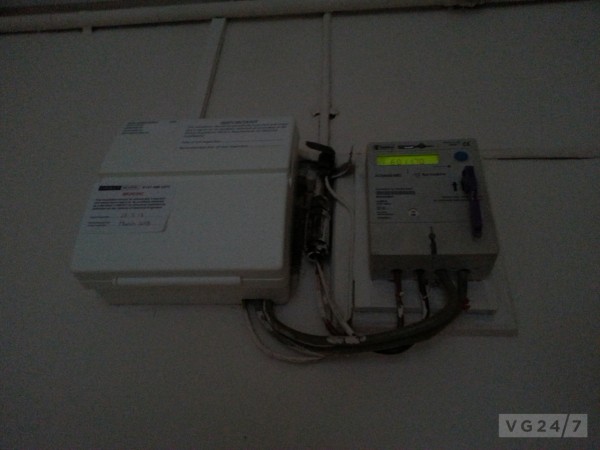 That's my flat's pay-as-you-use electric meter. That's right, I have to pay to top up my power constantly, because contrary to popular believe not all game journalist are paid from the pockets of publishers. This thing guzzles power at an astronomical rate, so you'll forgive me if I don't want my Xbox One - and possibly PS4 - running on standby every day of the year for as long as I have it just to check-in with daddy.

Then there's the whole used games thing. Did you notice that EA proudly announced that it was scrapping its unpopular online pass scheme? What a lovely bunch of guys eh? Well hold your applause for a moment, because Microsoft also just stated that charging you to activate used Xbox One games is entirely at a publisher's discretion. So don't blame Microsoft for this situation, blame the publishers for adopting the scheme.

If I were a betting man I'd say EA has already decided to swap one pre-owned safeguard for another, and you can bet that more publishers will follow suit. I agree that second-hand games really can hurt a publisher's revenue stream, but they also help cash-poor consumers keep up with the hobby. This particular area of Microsoft's remit really does seem to dick around gamers with a big green knob.

Again, these are all things many of us will have to tolerate, and in reality if you don't mind logging in once a day, or if you only buy new games then you might not understand the uproar today. Personally, I'm firmly in the camp of 'Don't tell me what I can and cannot do with things I've bought', but it seems like those days are dead that I'm just using old-guard thinking.

I guess that now I'll just have to 'deal with it'.