Xbox One will get more exclusive announcements at gamescom in August, as well as a 'surprise' Xbox 360 reveal at E3 next week.

Microsoft's Phil Spencer confirmed the gamescom reveals in a series of exchanges with fans on Twitter:

@hugodrandrade E3 show is all games but we'll still have more exclusives to announce post E3.I expect GamesCom to be a good event.

On the issue of next weeks 'surprise' Xbox 360 reveal, Spencer added: 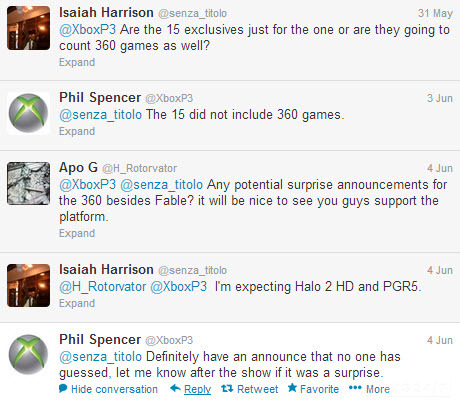 So, what do you think the unannounced Xbox 360 game is? Could it be Halo 2 HD as the fan suggested? Let us know below.