For better or worse, we're paying differently for DLC in 2017.

For the longest time, games followed a single cadence with post-launch content: expansion packs that launched at around 50 percent of the base game’s price, and required the main game to function. Then DLC happened, and with it came season passes.

Since then, season passes and piece-meal content packs have been the defacto way for publishers to support multiplayer games post launch, until very recently.

Suddenly, one game after another started offering or promising post-launch content for free. Sometimes this takes the form of new maps, modes, and weapons. The one thing all games that shifted to this model have in common is microtransactions. For the most part, these tend to offer cosmetic items and other trinkets that don’t interfere with gameplay. When they do interfere, they’re handled well enough that you can ignore them, or earn an equivalent just by playing.

This move has largely been positively received, save for those who have a principled stance against microtransactions in full-priced games. Outside of that, this new trend is hailed as the saviour of online games because it prevents splitting game communities. People are happy to name drop Rainbow Six: Siege and Overwatch as good examples of this every time a publisher dares to announce a season pass for its next multiplayer game.

But there’s one thing seemingly no one is talking about: the amount of content we get now - and over what sort of time span - compared to what we used to get with $10 and $15 add-ons. 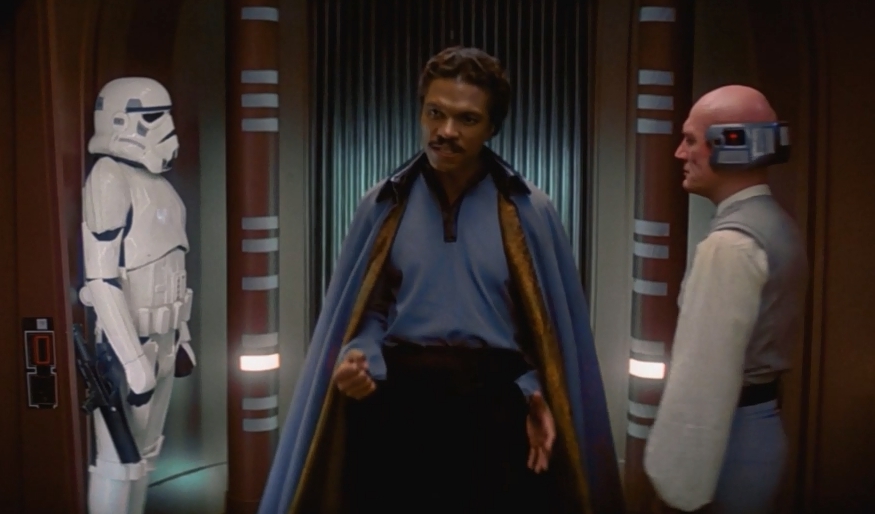 "Imagine a scenario where next year's Battlefield game is the one that gets microtransactions and free content drops in place of Premium content. Do you think for a second that we’ll be getting four maps every three to four months?"

Let’s take a look at Titanfall, a game that actually went through both systems. The original game received three DLC packs post launch in May, July, and August. Each pack was priced $10 and the season pass got you everything for $25. By August, 2014, Titanfall had received nine new maps in just under three months, with the first one having released two months after the game’s launch. That’s not an insignificant number.

Compare that to Titanfall 2; we’re now over eight months since launch and the game has received only four maps, three of which are remakes of ones from the first game. There’s a new weapon, a new Titan, and the new Live Fire mode (which itself received a couple of maps but they don’t count given their limited use), and a whole lot of stuff you can spend real money on that doesn’t affect the action game.

The comparison is very revealing, and though it’s true you can blame the sequel's weak post-launch content on the its sales performance at launch, we still ended up with less content because it was free. 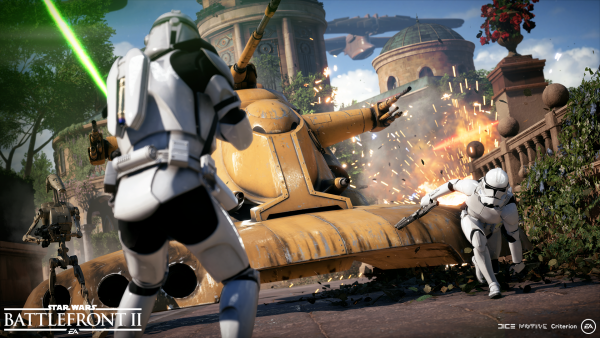 Star Wars: Battlefront 2 is another game dropping the old season pass model in favour of loot boxes. How fairly they’re implemented remains to be seen, but I have a hard time believing we’re going to get regular, four-map drops every three months this time around like we did with the original.

There is just no way EA will be able to fund this amount of free content from loot box sales alone, and I haven’t even mentioned the number of extra heroes the original game received. I very much doubt Battlefront 2 could even come close. If we’re lucky, we’ll get four of five maps - at most, which is comparable to about a single expansion’s worth of content.

Battlefield 1 is a game many assumed would be the first in the series to make the move to free post-launch content, but EA announced a Premium pass two months before launch without hesitation. For one, it can get away with it - it’s the company’s biggest shooter.

But try to imagine a scenario where next year’s Battlefield game is the one that gets microtransactions and free content drops in place of Premium. Do you think for a second that we’ll be getting four maps every three to four months like we’ve been getting so far? Battlefield 1's DLC schedule hasn't been great, but it was just fine in Battlefield 3 and 4.

And why go that far. If you cast your mind back to the Bad Company 2 days - you know, the days when DICE was happy to make fun of other studios charging for maps – you’ll realise that Bad Company 2 didn’t actually get new maps until VIP Map Pack 7. All previous releases were simply versions of existing maps that could be played in a different mode, a Rush version of Nelson Bay and so on. When it came time for actual, big-production content, DICE casually charged $15 for the Vietnam DLC. 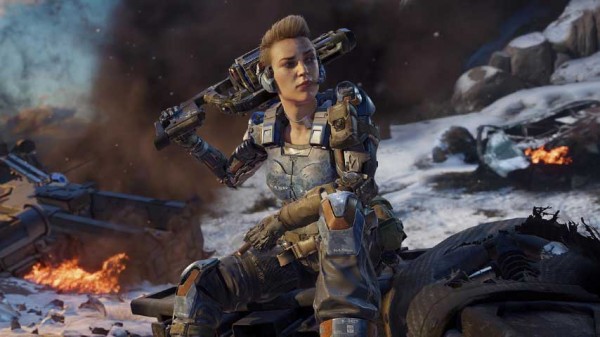 We can't talk about season passes without mentioning Call of Duty. Though it has to be said that the series has a bit of a unique situation in a couple of ways. Firstly, Call of Duty games are never starved for content. Each $15 map pack comes with four maps, one of which is usually a remake, sometimes an extra weapon, and a big, fully-featured Zombies chapter.

If you play Call of Duty regularly, buying the season pass makes complete sense. Second, Call of Duty is a series that’s been increasingly implementing loot drops with game-changing stats that heavily push you to fork out for its microtransactions. Black Ops 3 is loved for its gameplay, but you won’t find any of even its most avid fans come out in favour of weapon variants. The same can be said for Advanced Warfare, which started this unfortunate trend.

Call of Duty gets to have its cake and eat it. It’s not interested in changing its business model anytime soon because every new entry – outside of topping the charts – quite simply includes every business model in games, so it'd be unfair to compare it to the rest of them.

The argument here is strictly about quantity, because it'd be pointless to compare three average maps and one good map released every three months (at worst) with one really good map every four months. The long and short of it is that content gets a massive cut no one can deny.

This is also not a fight for what’s best for a game’s community and longevity because we all know that splitting the player base is the worse decision. But you can’t separate this from the fact that games that made this transition have seen long content droughts. 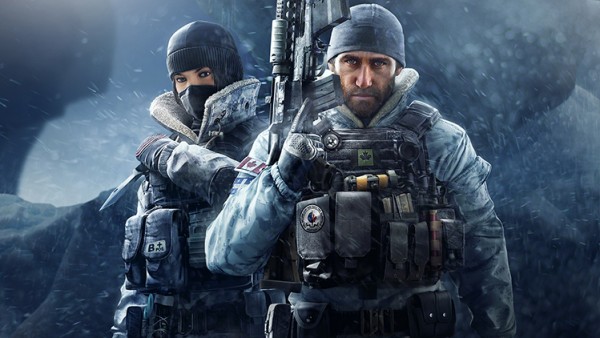 Pre-selling a season passes compels publishers to invest the money into this content, which is why it gets made. Loot box sales don’t offer anywhere near that certainty, especially if they’re purely cosmetic. You sometimes hear about poorly-received DLC packs for this or that game, but never one the community entirely hated.

Even when you look at games like Rainbow Six Siege and Overwatch, you still don't end up with a satisfying replacement to the old season pass model. Rainbow Six Siege received six new maps since it launched in 2015. I appreciate that Siege is a game about characters more than maps, but post-launch classes are not free.

So really, you're only paying for the heroes here and Ubisoft is throwing in a map to sweeten the deal. Yes, it's possible to play for hours on end to grind enough in-game currency to afford one class, but it’s an arduous process that's unattainable to anyone but the most regular players.

As a result, players either keep using the original classes or fork out for the season pass when the grind becomes too much. To say nothing of the well-stocked in-game store full of all sorts of charms, skins, boosts, and weapon camos – all available for real money. 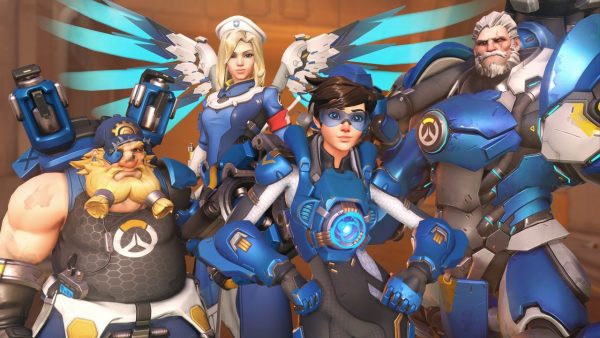 As for Overwatch - if you ignore the fact we've only ever gotten three new maps (Assault/Escort/Control, not including Arcade) post-launch - it becomes clear that it's the only game doing it right. Everything meaningful released post launch has been free.

This includes heroes like Doomfist, of course. Crucially, none of this content requires any amount of work to unlock. When it's out, everyone gets it. No favouritism and no grind. As far as I am concerned, selling skins and emotes is a very fair price for this. But most games can't be Overwatch, for design or business reasons.

In order for more AAA multiplayer titles to make a meaningful transition to a system of free post-launch content, they'll need to do more than throw a bone to free players. Keeping the meaty content stuff behind hours of grinding, RNG, or a different paywall will get people reminiscing about the good ol' days of season passes.