Wii U's eShop is going to be a treasure trove of small downloadable games, apps and full-priced digital titles as well. Nintendo has revealed a first glimpse of what it looks like. Check it out below. 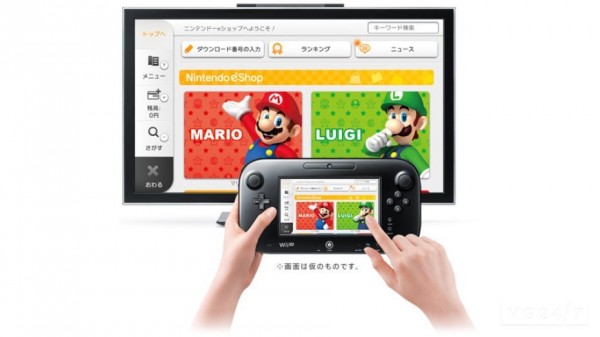 The pic comes as Tecmo Koei joins Namco Bandai in putting all of its Wii U launch titles on the digital store. Downloaded versions are cheaper but come with whopping file sizes. It's not too much of an issue seeing as the console has transferable data and SD card capability.