You'll be terrorising a child and a shopkeeper in this section of Untitled Goose Game, so here are our tips for completing the High Street to-do list.

Now that you've finished bullying the groundskeeper in the garden, it's time to move on to the High Street. There's a brand new to-do list to finish, alongside an extra step that will unlock the next section of the map.

We'll be looking at the easiest tasks first, then at all the tasks that involve annoying the wee boy. 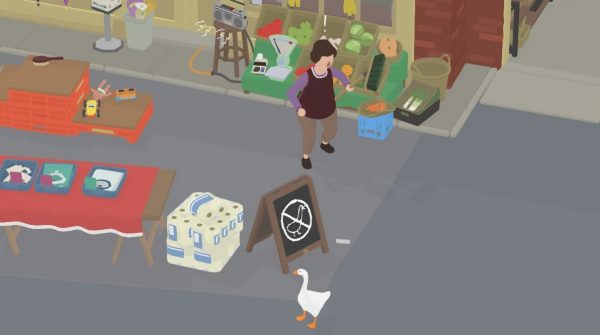 Where to find the toothbrush and complete your shopping list

In this section, you'll see a lonely child, a TV shop and a general convenience store. To the right of this location, there's a house with a garden, a bin and some toys.

One of the tasks on your list involves doing a bit of shopping. You'll need to put a toothbrush, toilet paper, a hairbrush, tinned food, cleaner, fruit and veg in the basket near the store. You can find almost everything you need in the shop, so make sure you grab things while the shopkeeper isn't looking.

To find the toothbrush, go to the house with the garden and tip the bin over. It'll be in among the apple cores, so chuck it in your basket to complete the task.

How to break the broom

Next, you'll need to break the shopkeeper's broom. If you honk at her in the store or pick up items, she'll eventually chase you with her broom. What you need to do is grab the bottom of the broom and pull it towards you. It'll be a short game of tug-o-war before the broom breaks in two. 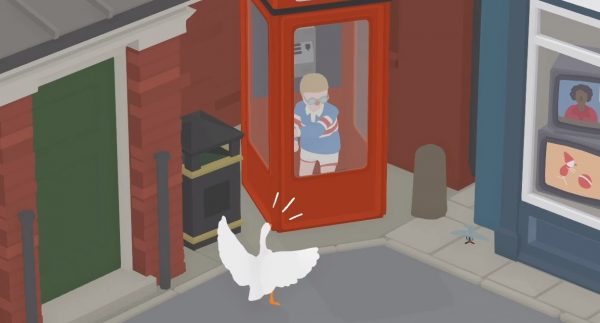 Trap the boy in the phone booth and get on TV

It's time to honk at the boy and chase him. You're looking to chase him into the phone booth in the top left of the area. Keep him in there long enough and he'll phone the person who owns the TV shop next door, who'll eventually come out to shoo you away.

Instead of being a decent goose and leaving the boy alone, you need to run into the TV shop and press the little red button you can see in the window to the left. This will point the camera inside towards you and you will be on all the TVs, so spread your wings and scream. 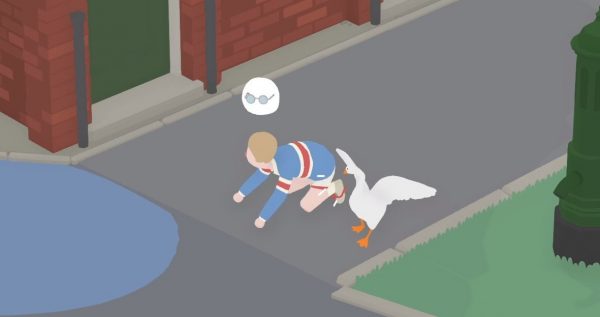 Even though the boy must be scarred for life, you're not done terrorising him. You'll need to silently follow him and peck at his laces to untie them. When you honk at him and chase him, he'll trip over his laces and hit the deck, and his glasses go flying.

Depending on your approach, you can either pinch his glasses now and swap them out with another pair from the store, or steal a different pair of glasses first, leave them nearby then pick up the boy's glasses when he falls.

For your next dick move, you'll also need to steal his toy plane and make him buy it back. You can drop it in the store and wait for the shopkeeper to put it away, or put it on one of the store's shelves yourself.

Chase the boy over to the shop and he'll spot the plane and try and take it, but instead, the shopkeeper will demand he pays for it.

To unlock the next area and complete your to-do list, you need to trap the shopkeeper in the garage. Simply steal something while the shopkeeper can see you then run as far into the garage as you can. Drop the item, make a break for the exit and tug on the cable to shut the garage door and trap them inside.

You'll now be able to get into the gardens via the open gate close to where you found the toothbrush in the bin. Honk honk!