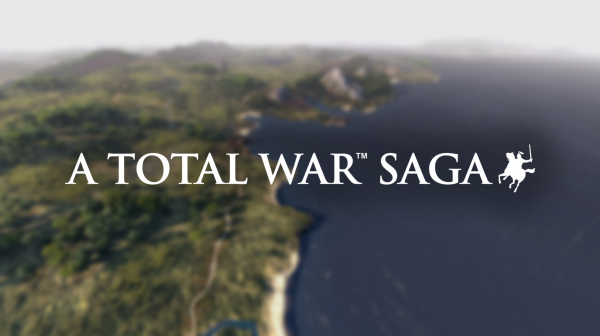 Total War games typically cover an entire era with each release - hence titles like Rome or Empire. But there many individual wars or events which warrant a focused scope, something Creative Assembly is eager to pursue. Today, the developer announced a new spin-off line called Total War Saga, which will specifically address these moments as standalone games.

"With our big releases that cover entire eras, like Rome or Empire, we’ve been following them up with standalone games that focus on a single character’s life and the time around them; like Napoleon or Attila," Total War Saga game director Jack Lusted explained in a blog post. "But there are also these key, pivotal points in history which don’t necessarily revolve around a single character, and only lasted a few months or few decades at most. Such moments also tend to be constrained to a tight geographic area as well.

"These moments are perfect fuel for Total War. They’re a powder keg, where anything can happen and history could have gone in any direction. Sagas are epic stories, and we felt that name described those moments well, and allows us to go into the kind of individual detail we love."

Total War Saga games won't necessarily feature new settings, but will build from established conventions of Creative Assembly's past games. Lusted even notes this is a direction Total War has already been headed towards with spin-offs like Fall of the Samurai. The Saga branding will simply be a way of differentiating the scope of each title, while giving a specific direction for creative teams. It's also worth mentioning that while the scope of history may be smaller, the games themselves won't be. "They’ll have a narrower focus," Lusted confirms, "but they will still be the epic sandboxes players are familiar with."

Creative Assembly has yet to confirm its first Total War Saga game, but Lusted did reveal two details: It will take place in a previously published Total War setting, and it will launch before the next core historical release. Let the rampant speculation begin.