Tekken 7's first DLC pack is all about bowling, bathing suits, and bikinis.

Tekken 7 may be a fighting game, but its first DLC pack resurrects a classic form of combat - Bowling Arena showdowns. That's right, the Tekken Bowl gameplay mode first introduced for PlayStation 2 is making a comeback on modern systems alongside a variety of new costumes. What's more, this DLC has a release date of August 31.

Yes, it's an outrageously silly DLC pack that doesn't feature new characters, but the introduction of "Ultimate Tekken Bowl" is something long-time players can certainly appreciate. The mode hasn't been seen since 2005's Tekken 5: Dark Resurrection, leaving fans long-overdue for dramatic strikes and spares.

Tekken 7's DLC also includes several new costumes. Specifically, customers will get the traditional reskins like the Fundoshi, Idolm@ster, and Blood Vengeance. On top of that, players will have the ability to fight each other in bikinis and vintage bathing suits. At the moment, bikinis seem to be exclusively for female characters while vintage bathing suits are for male, which is a little disappointing for such a silly DLC pack.

Come on Bandai Namco, put Akuma in a bikini already. 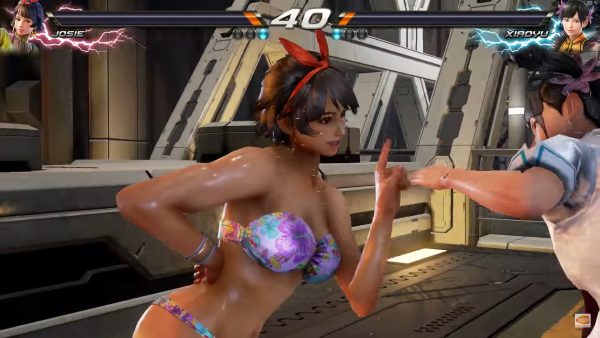