Nintendo's level creation suite is back, but this time on a platform people actually own - so here's some tips on how to create the best possible level...

Let there be no doubt - Super Mario Maker 2 is really rather excellent. Our review said so, and other critics agreed - it's a great expansion on one of the Wii U's best game, smartly adding to and improving aspects of that game to create something truly special.

Though there's a decent amount of single-player content from Nintendo and a practically unlimited amount of levels you can download from other players, the heart of this game is really experimenting with the level creation tools and sending your brilliant or devious creations to others. We've spent quite a while playing - so here's our top beginner's tips for those new to Mario Maker this time around. 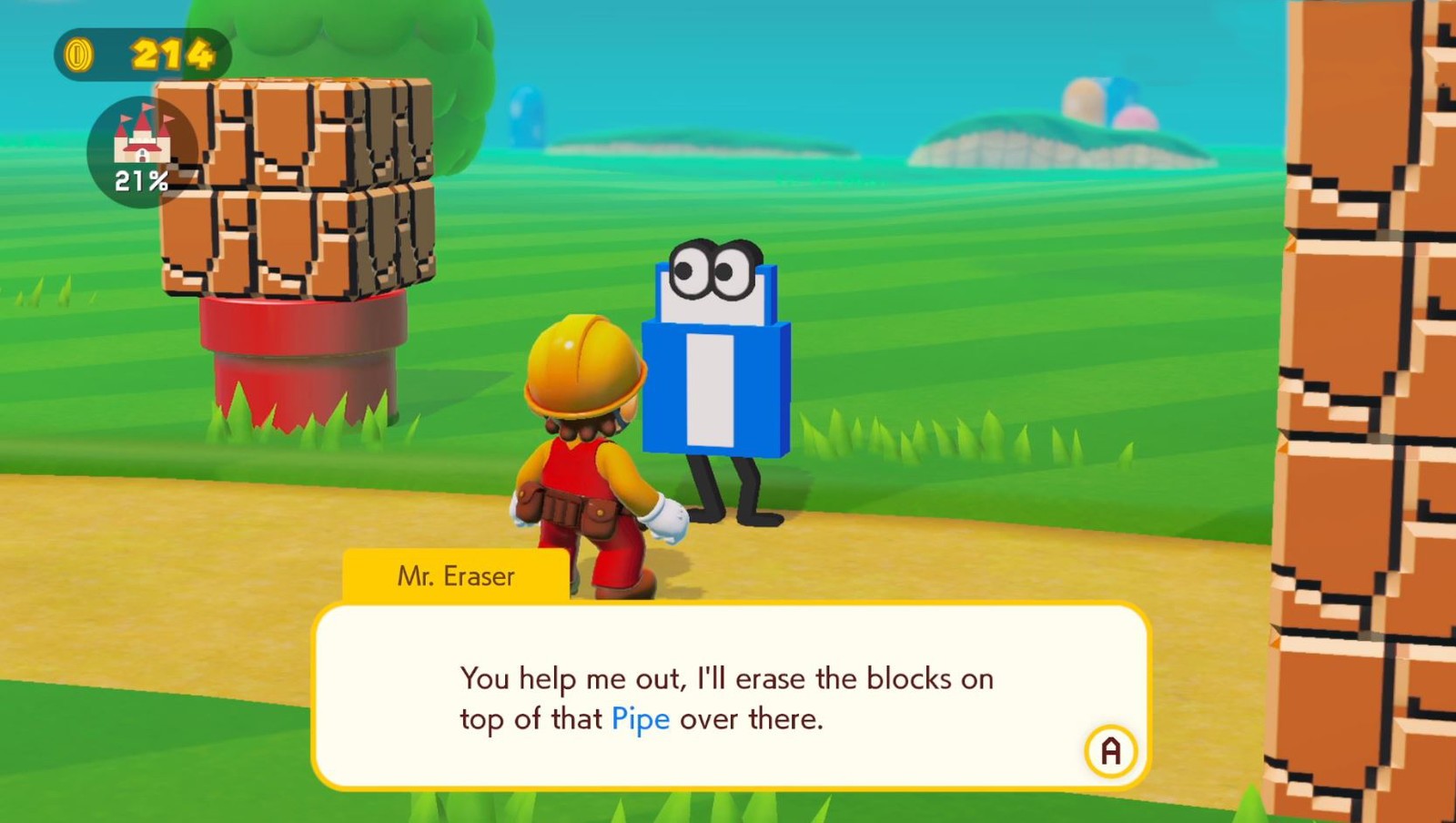 While the heart of Super Mario Maker 2 is in its level-building tools, this new entry in the series brings a big upgrade in the form of an actual story mode, complete with a union-crushing Toadette and a narrative about building Peach a new castle. This story mode is a little deceptive, however - it's actually the best tutorial for Mario Maker you could actually hope for.

While the story mode doesn't take you by the hand and teach you each of Mario Maker 2's tools in maker mode, that doesn't matter. The tools are intuitive enough and there's plenty of written tutorial content in the game if you want it. What it does give you, however, is a top-to-bottom look at what the each stage element can do in the form of over 100 levels designed by the Mario experts at Nintendo using the Mario Maker tools.

The 100-plus levels on offer here are basically a masterclass from the ultimate Mario experts. These aren't so much your traditional Mario course and often aren't even the traditional length - instead, each is often focused on a gimmick built from the tools on offer to the player, essentially providing an example of how something might be best used.

The deeper you get, the more intense and complicated the uses get. Once you think the story is over, it isn't - exploring the hub will unlock even more levels with even more neat suggestions. Don't sleep on story mode; it's great - and by completing it, you'll unlock a couple of extra features. 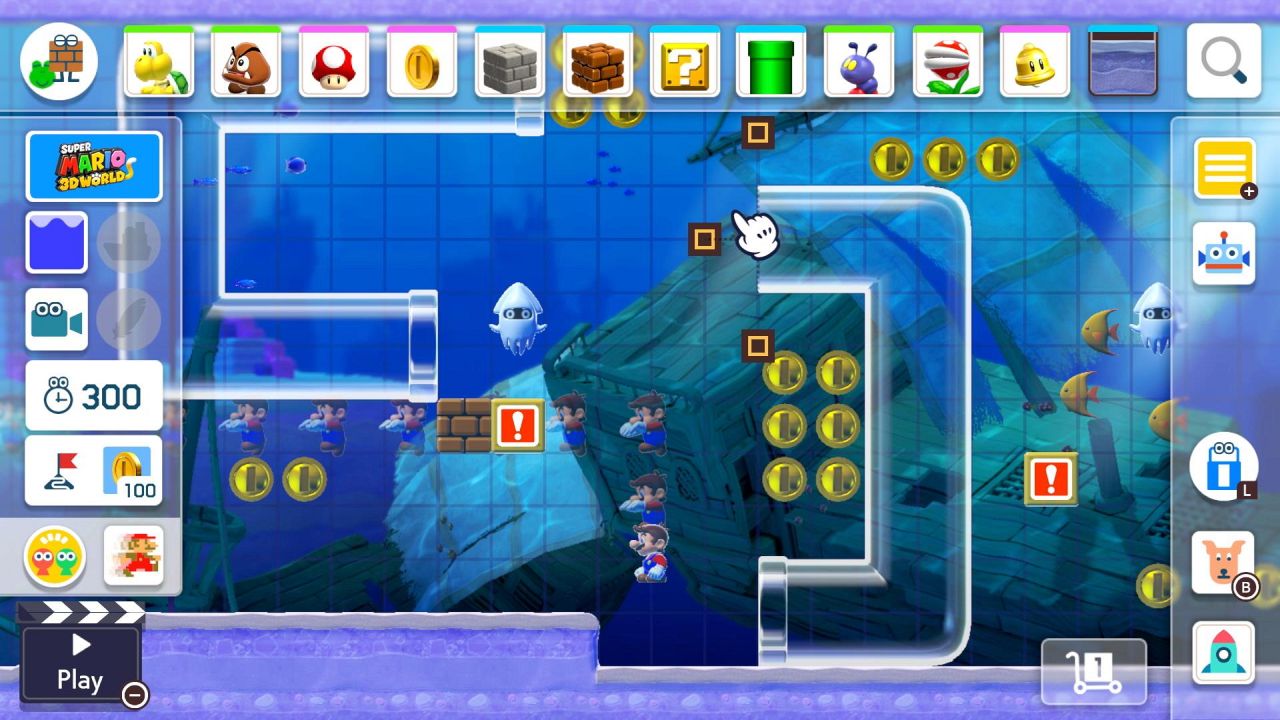 For intense making, use the touch screen and possibly even a stylus

Super Mario Maker began life as a Wii U title, of course, and that means it was designed with a touch screen in mind. Nintendo has made a strong effort to build and refine some regular control options for those who want to use buttons and sticks, but when push comes to shove it has to be said that the touch screen is better.

Based on hours of experimentation, you can absolutely get better with the initially fiddly controller-based inputs with a little practice. Muscle memory will set in and you'll slowly begin to do things more quickly - but nothing will ever be as quick as using the touchscreen. Given the size of the Switch touch screen, Mario Maker might also be the first game that could really sell a stylus, which isn't required for the machine at all. If you want pin-point accuracy, there's a range of Switch-friendly stylus options available online. 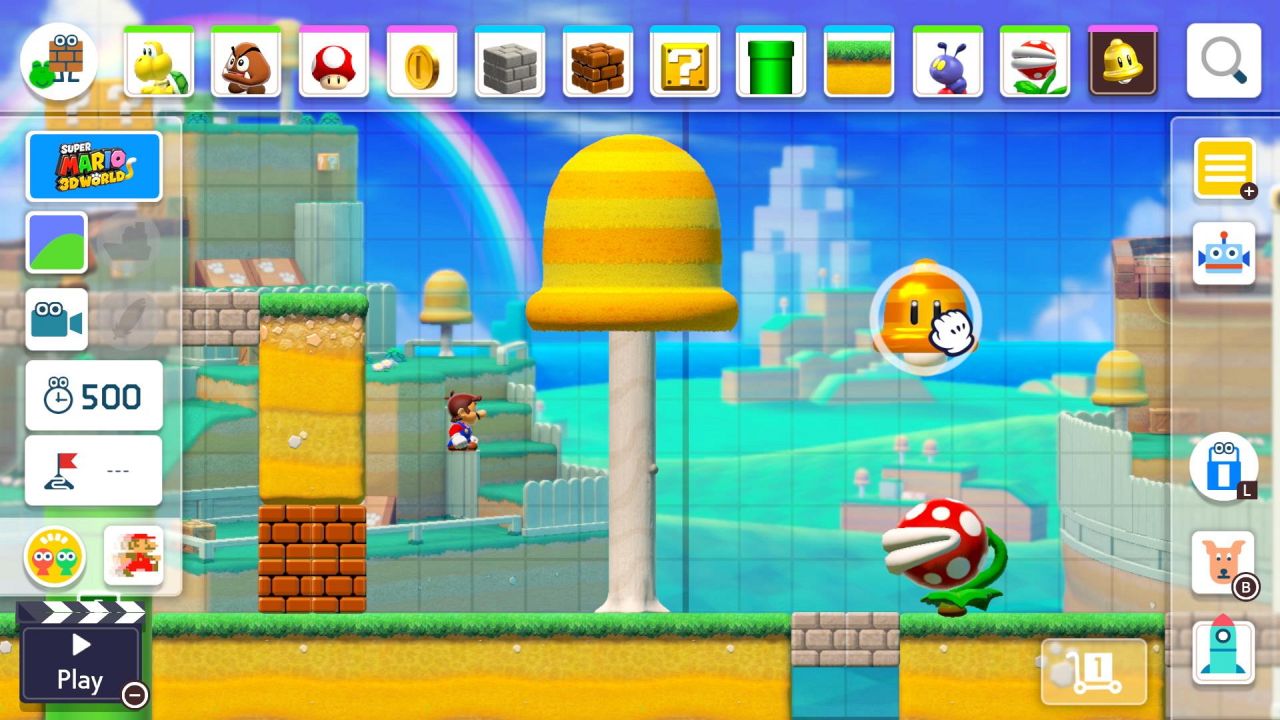 There's an awful lot to worry about in Super Mario Maker 2, which is why we suggest that you complete the story mode first to give yourself some level ideas from the hundred-plus levels included. Once you do start making, however, the best thing to do is to start simple. Think about creating a relatively simple area - A to B, perhaps with a single detour to a sub-zone via a pipe. You could also consider making a sealed-off boss room with a character like Boom Boom to tackle as a gauntlet before the end.

Essentially, make something that'd be at home in the very first world of a regular Mario game. These levels might not be all that exciting compared to some of the crazy gimmick-driven stuff on Course World or found in the story mode, but they're a great primer for creating more complicated things. Speaking of that...

You all know what a Super Mushroom does, obviously. Or a Fire Flower. But one thing to keep in mind with Mario Maker is how each item can be adjusted once it's in play.

Once placed, press and hold on any given item to reveal the additional effects and options that item has for how it can be used. A Super Mushroom can be given wings so it flies across the stage, for instance, or it can also be given a parachute so it slowly drops from above. You can combine this with other unique effects for even more results - so for instance a pipe that spits out a winged, flying Super Mushroom rater than a normal one.

Most items in the game can be held to reveal additional features; in fact, doing this to the angry sun is how you initially unlock night themes for each course type in the game. You can even press and hold on the player to decide things about them - such as starting the level as Super Mario instead of small Mario, or with an invincibility power up. Get to know what effects you can apply to each course element and it'll help you to create something more unique.

Experiment with varied object pairings - the results can be surprising

Once you feel more bold about your Mario Making skills, look into experimenting with using objects together to create an interesting experience. Some of the results really might surprise you.

Take the new Swinging Claw gadget, for instance, a new entry in the gizmos section of the maker for this sequel. This is a really versatile item. At first glance it's used so that Mario (or Luigi, Toad or Toadette) can jump into it, swing back and forth to gain momentum, then jump free to a platform, another claw or another new challenge. The claw can actually be used in interesting ways beyond this, however. Here's just one example of what we mean, using this item as an example:

This is just one example of how this could go, but the end result is that here you have three different items working together to make the entire suite of tools more versatile; a crane game like the one described above could be used as a mini-game room down a pipe, a puzzle mechanic or even some larger part of a challenging boss. Almost every item in Mario Maker can b e paired with others in this sort of way, so experimentation is key - one key link-up could give you the gimmick that could power a whole level. 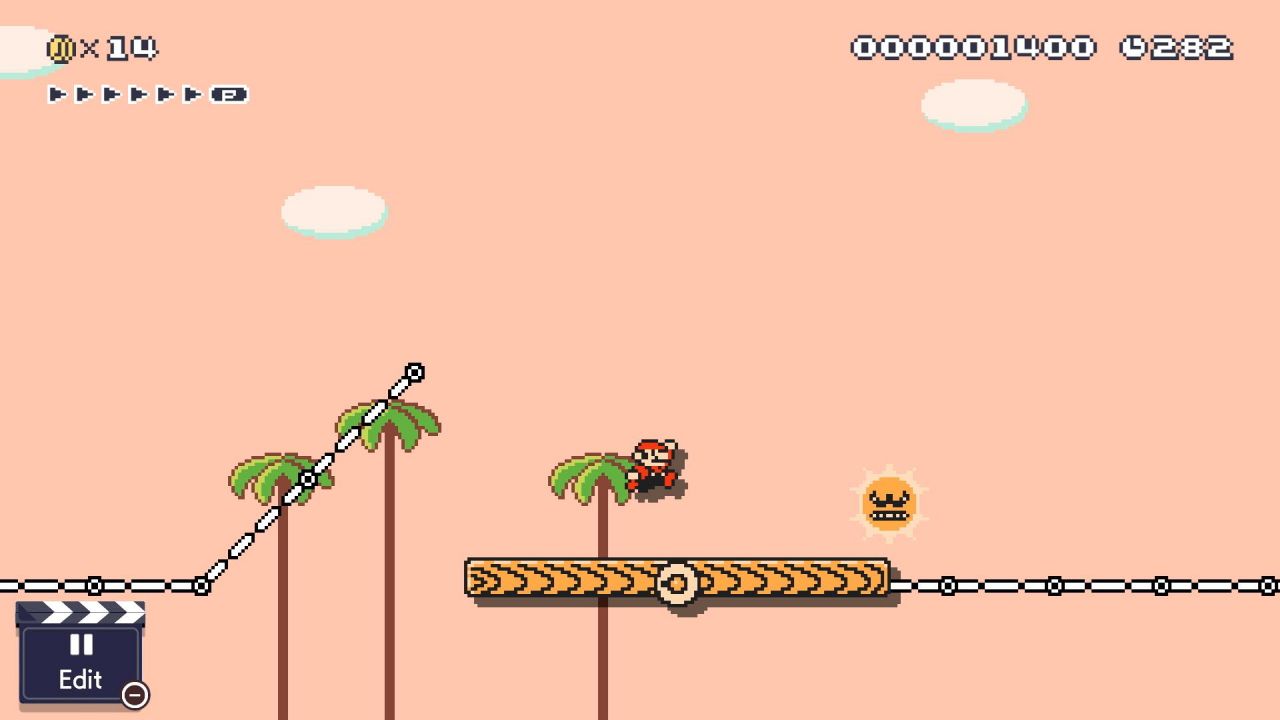 While which style you pick will in part no doubt be driven in part by style and nostalgia, you should also strongly consider what each style has available to you. There's differences in power-ups, like between Mario 3's Tanooki Tail and New Mario's Propeller Hat. There's also mechanical differences - so you can only slide down inclines in the later three styles.

In other ways, certain items and styles differ in less-than-subtle ways - so a Chomp Chomp's tether can be ground-pounded to free the metal beast - but only in the New Super Mario Bros. style, as that's the only one in which Mario has access to moves like the Ground Pound and Wall Jump. Check them all out, and don't forget that the 3D World style in particular is very different and is practically an entirely different game as a result.

Don't forget the golden rules of Mario Level Design - and if in doubt, consult Yamamura

Given the number of tools on offer in Mario Maker, it'd be very easy to just go overboard filling a level with loads of stuff until it's fit to burst. Try not to do that, though. Try to follow some golden rules: don't build something frustration, avoid dead ends, and try to maintain a balance in the number of enemies and the number of power ups.

Don't forget Nintendo's Mario level building credo, either - use coins, power-ups and arrows to help direct and draw the player towards key pieces of your level, and try to build your level around one strong idea that evolves and changes the deeper a player gets. Follow this tip and you'll soon be getting gushing rankings on Course World - or you could just create a nightmare death gauntlet. Whatever floats your boat.