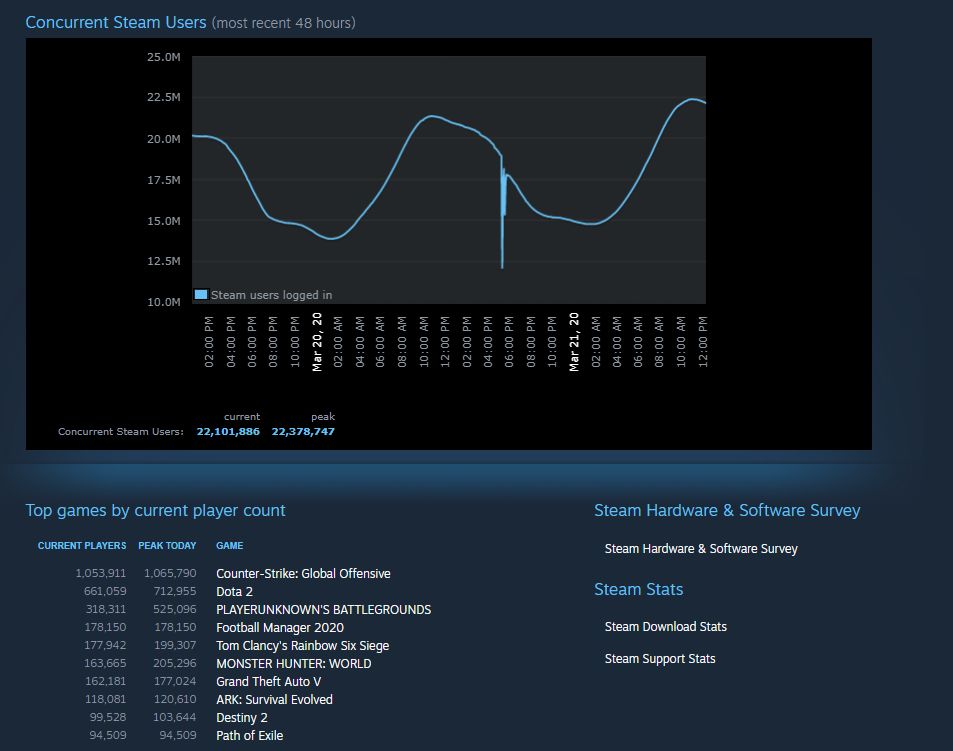 It's thought self-isolation and various business closures due to COVID-19 may have something to do with the large figures, what with folks staying at home and all.

But there's also the Steam Game Festival going on, which features over 40 game demos available until March 23. Plus, there are some free games available at present, one of which is Tomb Raider.