Sony's Q3 financials are in and make for grim reading. The company's game arm has seen a sharp decrease with a 15.1% drop in sales, accounting for an 86.4% income drop. 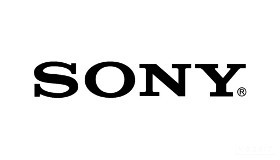 Sony has cited its purchase of Gaikai as a driving factor in what it hopes will be solid financials going into the next fiscal year.

The company cut its game department's year-end projects to an undisclosed figure, thanks to low sales of PS3 and PSP.

The company's financial report is broken down into sections of the business, incorporating mobile, televisions and other products, but gaming is our focus here, and the results are't good.

Sony's report adds that the problem stems from "lower sales of hardware and software
of the PlayStation 3 and PSP", but that the dip was, "partially offset by the sales of the
PlayStation Vita since it launched in Japan December 2011."

However Sony's consolidated sales forecast across the brand remains unchanged, "due to the favorable impact of depreciation of the yen as well as higher than expected financial services revenue in the third quarter compared to the November forecast."

Part of this static forecast comes from Sony preparing to sell off some of its assets, the report confirms, "Although the severe operating environment is expected to continue in the fourth quarter, the operating income forecast for the fiscal year remains unchanged because operating income in the Financial Services segment in the third quarter was higher than expected and Sony has been planning to engage in activities such as asset sales."

It is unclear what assets Sony will sell off, but we should expect to hear more come the company's Q4 report.

Sony is expected to announce PS4 on February 20th at its PlayStation Meeting event, in a big to reverse its fortunes as of late.

Many say new hardware is the shot in the arm Sony - and many companies in the console sector - sorely need to get back into the black.

Sony has painted a positive picture for the future of its game department at the end of the report, "In the game business, Sony is working to expand sales and operating income through the introduction of an attractive software lineup and through offering game software on mobile devices, including smartphones and tablets."

The report also makes mention of Sony's acquisition of cloud streaming service Gaikai, "In addition, Sony acquired U.S.-based Gaikai Inc. in August 2012, with the aim of strengthening the game business." It is rumoured that PS4 will use the technology out of the box.

The financial report comes as Sony let go of PS All-Stars: Battle Royale developer SuperBot Entertainment, following poor sales of the fighter. It can be assumed that Sony spent big on the game and lost out.