During its Consumer Electronics Show press conference in Las Vegas this evening, Sony revealed the Vita has passed half a million sales in Japan.

Vita: Music Unlimited available day one in the US and Europe.

Netflix for Vita targeting a day one US launch.

SCE chairman and Sony Corp EVP Kazuo Hirai said 6.5 million units of PlayStation branded devices were sold during the recent holiday season - including the Vita, which provided a nice segue to announce Netflix for Vita in the US, which is targerted for a day one launch. Sony's own Music Unlimited will be available for Vita from day one in the US and Europe.

According to Hirai, the Vita has passed 500,000 units sold in Japan, in just three weeks.

Sony Entertainment Network push
Sir Howard Stringer kicked off the conference, reaffirming his continuing role as president in the face of a rumoured retirement.

Sony pushed the Sony Entertainment Network strongly during the whole presentation, with Stringer highlighting Sony's plans to have 300 million connected devices over the next three years, and the company's commitment to "building a network platform to let you experience games, music, movies and TV whenever and however". The president said over 100 million Sony TVs are connected to the Internet.

Hirai took the stage in his wake, again to begin with an emphasis on the SEN, noting the single log-in and digital wallet across "any connected device". He noted that making new devices "isn't the end goal", and mentioned the PlayStation 3 video store's facelift as an example of Sony's push towards entertainment.

Sony's Bravia range is getting its usual annual working over, and several new GoogleTV and BluRay players were touched on, but of more interest to gamers, Hirai also mentioned several new Vaio designs, including a "slate".

Phil Molyneux took the stage to discuss and debut a number of non-gaming consumer electronics devices, all of which seemed to boats an SEN connection of some kind - but most interestingly, showed off the Tablet P briefly. The dual screen Android tablet will allow users to view content on one screen and use touch controls on the other, and can be folded to fit in a pocket. No US launch date was revealed, although it's already available elsewhere. 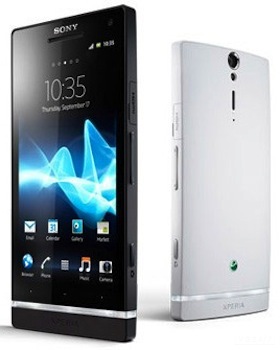 Hold the phone
Touching on the Sony Ericsson acquisition during the conference, Hirai debuted the mobile division's new game - Sony Mobile Communications - and revealed a focus on HD experiences in the range of five flagship devices.

Ahead of the presser, Sony unveiled its latest PlayStation-certified smartphone - the Xperia S. While the slim design doesn't sport traditional controller features like the slide-out on the Xperia Play, it's a nice bit of kit for the touchscreen fanatic - Engadget reports the phone packs in a 4.3 inch 1280x 720 display, 1.5GHz CPU, 1GB of RAM, and either 16 or 32GB of memory - but no onboard memory. It's expected globally in March.

A second new phone, the Xperia Ion, was shown during the conference. It's also PlayStation certified, and boasts the highest resolution display of any Android device available in the US. It's expected in northern spring, and is exclusive to AT&T within the US.