Shadowrun Returns developer Harebrained Schemes has revealed a new piece of concept art for its full funded Kickstarter project. The art is representative of what the final game should look like, which is great news for series fans. 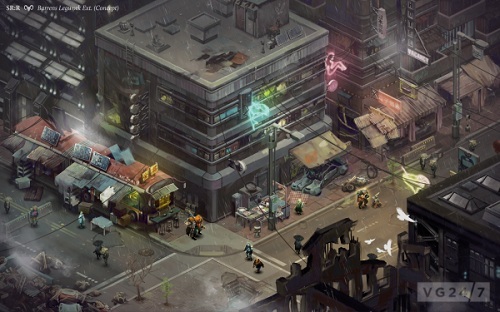 The studio also explained the shot over at its official dev blog, "While this is concept art – not a screenshot – it’s representative of the fidelity and art style we’re shooting for. For the uninitiated (or those seeking a quick refresher!) the concept above depicts the infamous Redmond Barrens* of the mid 2050s."

"The game environment will be composed of painted 2D elements, so we should be able to deliver the level of detail, depth and expressiveness that you see here. Characters in Shadowrun Returns, on the other hand, are being constructed in 3D – which allows them the fluid movement and wide range of character design and equipment options you’d expect from an RPG. We’ve done a number of tests and the 2D/3D mix feels very natural."

"We’re really excited about the direction we’re heading in and the progress we’ve made in the last 3 months. We look forward to showing you more soon!"