Rez is all. Rez is divine. 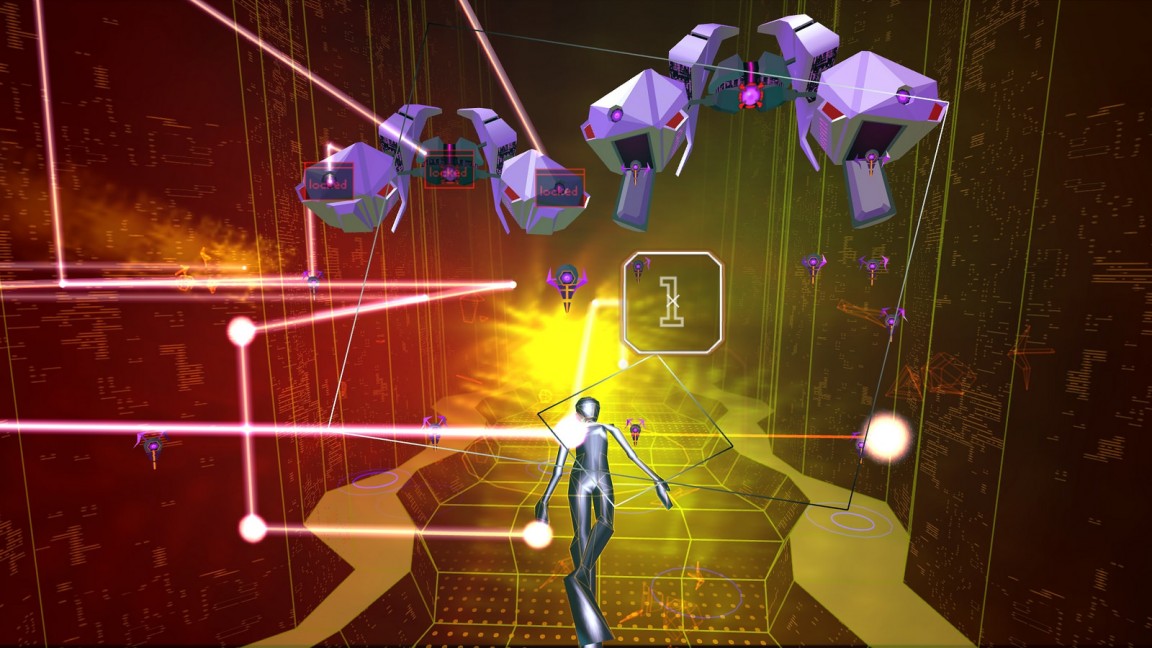 "It is the warmth and safety of the womb. It is order. It is the Power Cosmic."

I'm jealous of anyone who's first experience of Rez is this virtual reality version. Rez was always mesmerising, but now it feels like it was always meant to be this way. You can never go back to any other Rez after Rez Infinite. It is the ascension of Rez. You can feel the omnipotence of Rez. It is all and all is Rez.

It wraps your head in its bosom. With headset and ear-goggles on there's no escape, but why would you want to go anywhere else? It is the warmth and safety of the womb. It is infinite space. It is a moon walk in zero gravity and the helmet can barely contain your smile. It is Mount Ararat as the flood waters subside. It is freedom. 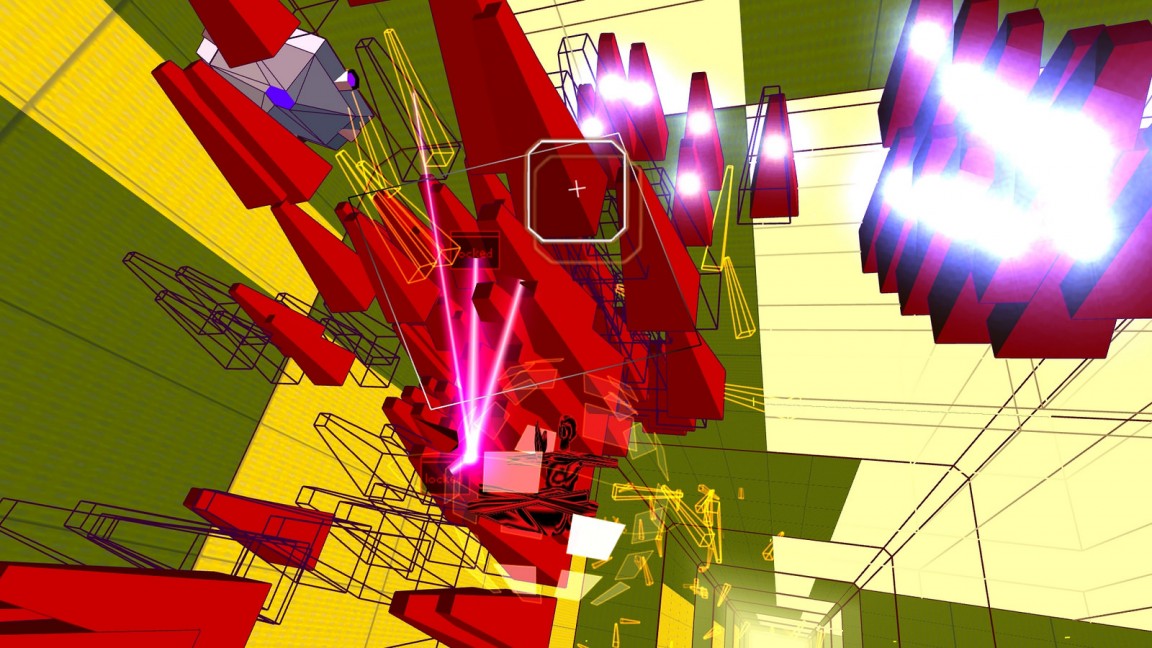 The wireframes, the spacecraft, the homing rockets, the techno-spiders all brush past your tiny body. You are almost insignificant in this world of light and music, just a speck of dust drifting through the computer, locking on to enemies and unleashing your soul-clap fire. Whether you win or lose is as irrelevant as the journey is to the cliche. You just need to be here, floating forever forward, swinging your head to target. It works. It's easy. Feel privileged to experience it. You are blessed. You are Rez.

Rez Infinite is the promised land. It is the black monolith that births us all from ape to space traveller. It's the neanderthal who takes the fire to keep warm and cook, who uses rock as a tool for the first time. Rez Infinite was birthed from the Nile. It is the discovery of the atom, it is the atomic bomb.

All false gods are vanquished before Rez. Frauds and shysters unmasked. Rez is the Infinity Gems, the Power Cosmic. Rez is the Galle crater. It is the return of Cthulhu and the embrace of insanity. It is the Ark of the Covenant. Lift the lid. 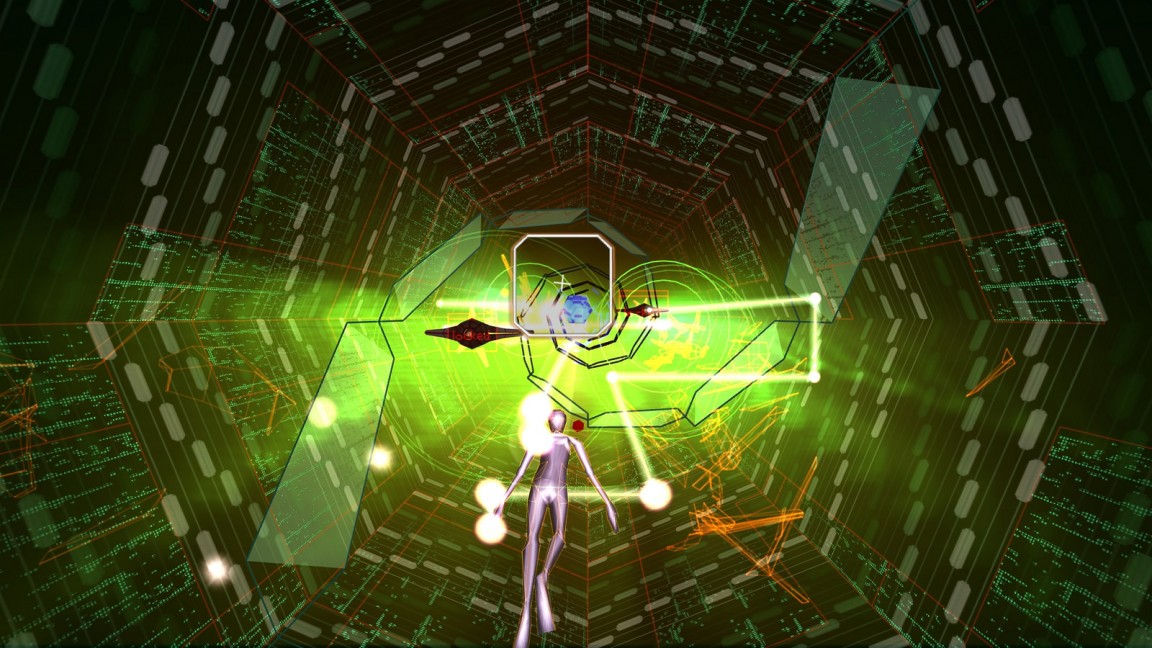 For those that have never loved before, Rez will grasp you and throw you around the bedroom. Rez will snap your head back and leave you breathless. If you've ever had your heart broken into tiny pieces, Rez will fix it. Rez kisses everything better. Rez eases aching muscles, Rez soothes weary bones. Rez is love.

Throw out your clothes, undress your skin. Form seems irrelevant after Rez Infinite. It is the simulated reality that I don't ever want to leave. Take my limbs and my meat puppet body and let it dissolve to bones and dust. Leave me here to be Rez. Rez is in control. Rez is order. I love Rez.

Rez Infinite is out now on PS4 for PlayStation VR.