Rez Infinite, the PlayStation VR update of Tetsuya Mizuguchi's rhythm masterpiece, is getting a collector's edition and a physical release. 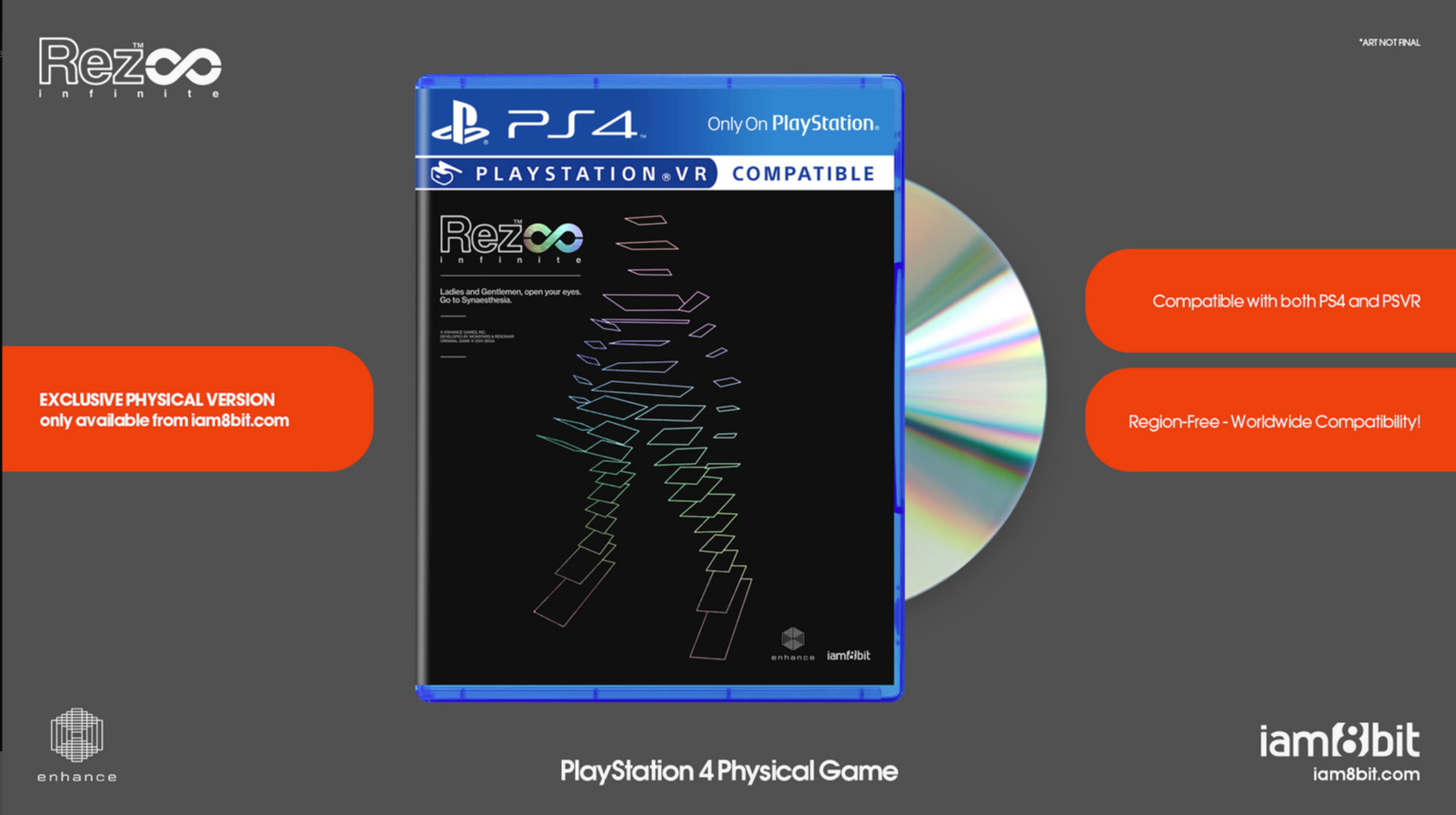 The physical editions of Rez Infinite will not be sold in stores, but are exclusive to iam8bit, which has both editions available for preorder. The standard edition is available to order now, the collector's edition opens up at 9:00AM PDT on August 19.

The $39.99 standard edition is just the game on a disc. The $75 collector's edition features several goodies:

The book is written by author Nick Hurwitch, and the book and LP are both designed by graphic designer Cory Schmitz.

Rez Infinite is due as a digital release for PlayStation 4 on October 13.