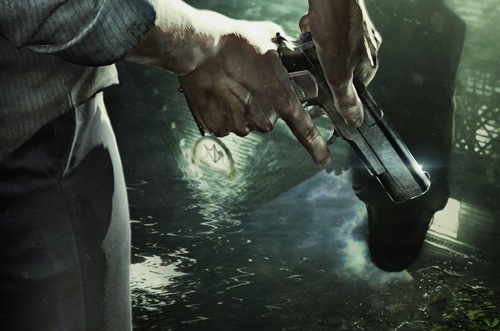 The first chunk of DLC for Resident Evil 7 will arrive on PlayStation 4 January 31 and cost $9.99. PC and Xbox One players will have to wait until February 21.

Bedroom: Figure out how to escape from a locked room - but don't let Marguerite Baker know you've been out of bed.

Nightmare: Fend off waves of enemies and survive until morning.

Extra Mode - Ethan Must Die: A tough-as-nails mode separate from the tapes and story of the main game. (Does not support PSVR)

On February 14 Banned Footage Vol.2 will hit the PS4, and February 21 for Xbox One and PC. This lot costs $14.99 and features two new VHS tape scenarios and another new mode.

21: Gambe life and limb in a deadly game run by Lucas Baker.

Daughters: See what the Baker family was like before the tragic events of Resident Evil 7 biohazard.

Extra Mode - Jack's 55th Birthday: Race against the clock and feed Jack tons of food in this comical extra game mode separate from the tapes and story of the main game. (Does not support PSVR)

If you're just getting started with Resident Evil 7 we've mapped out the entire game here, including guides to all the weapons, coins and other gruesome stuff.

The game should take you under 12 hours to complete, so you should be good to go in time for the DLC dropping from next week. If you've bought the Season Pass or Deluxe Edition the DLC comes as part of those packages. Otherwise, it's a bit pricey, isn't it?