The Mayhem doesn't stop when Rage 2 releases next week o n May 14.

Bethesda has released a roadmap for Rage 2 outlining post-release content starting at launch and into December.

New weekly challenges will occur in May and June, and you can keep up with the schedule through the in-game Message of the Day.

An in-game event, “Bring the Ruckus,” featuring Ruckus the Crusher is also part of the plan. 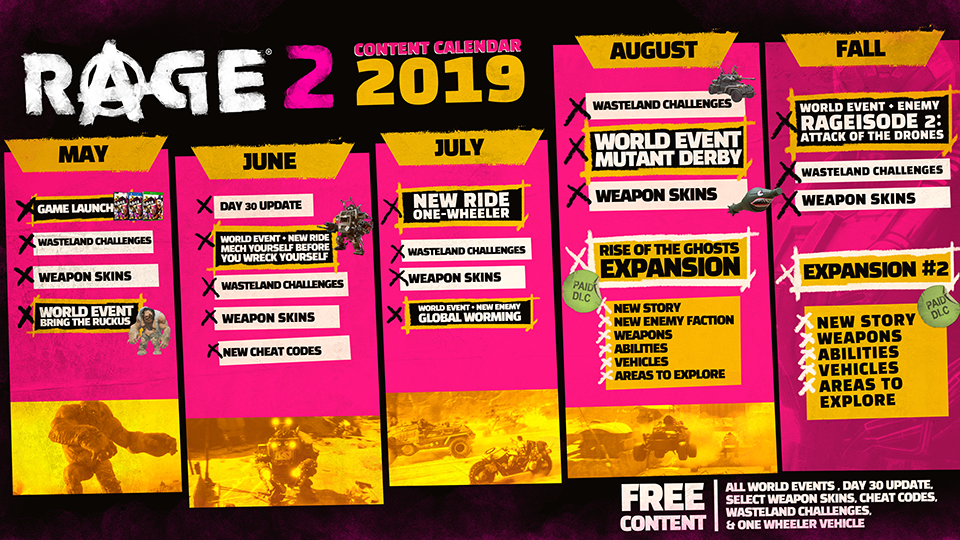 In June, the first large update arrives with additional community challenges, new Cheats, and two events. One includes a pilotable Mech as a new vehicle, and the other adds a large new enemy. Both of these updates will be free to all players.

Another large update is slated for July. It also brings a new vehicle type and enemy along with community challenges, skins, and Cheats.

The first expansion, Rise of the Ghosts, will be released in August. This expansion will add a new storyline featuring the Ghosts from Rage 1. It adds a new region, as well as new weapons, abilities and vehicles.

For the September - December period, you can expect more content and the second expansion hits in November.