Since Sony unveiled PlayStation 4 back in February the company has made it abundantly clear that it fully supports the indie development scene.

The rising cost of triple-a development is like quicksand slowly ascending to the necks of platform holders and their publishers, and it's clear the market simply cannot continue down this path alone if it hopes to remain sustainable.

An open-door approach to low-risk, high return projects is the smartest move Sony could have made going into the next generation, although it seems to be a road Microsoft doesn't want to take. Its focus now lies elsewhere.

Pat recently summed up Xbox One's indie blockade in a recent post, and in the article he highlighted one particularly foolish move that could prove fatal to Microsoft down the line.

Namely, Microsoft demands that all developers hoping to release games on Xbox formats do so through publishers first. This is non-negotiable and it can only serve to push indie studios to Steam and PS4, where there is less red tape, a greater share of profits, and less spend required to bring a game to market.

From the outside looking in, PS4 clearly appears to be the console format of choice for small studios. To get an insider's view on Sony's indie strategy so far, I decided to speak with a group of prominent independent developers that are enjoying considerable success today.

What do indies actually need from platform holders?

Rather than kick off with what developers hope to see from Sony down the line, I asked my interviewees what they actually need in order for both PS4 and Xbox One publishing to make sense.

It became clear pretty quickly that at present, Sony and Microsoft are guilty of making studios jump through unnecessary hoops and signing redundant paperwork on current-gen formats. While filling out forms and examining clauses might be a cakewalk for large developers with an in-house legal team, it's incredibly taxing to a one-coder studio.

Retro City Rampage developer Brian Provinciano told me that while the Steam and Xbox 360 versions of his debut game are identical, the certification channels on both platforms represented a canyon of difference. "In the past, most games were developed by sizeable studios and brought to market by a sizeable publisher," he began.

Sony and Nintendo have taken notice and are actively streamlining their processes and policies to make everything easier. I think it’s only a matter of time before Microsoft does as well. They really have to.

"The platforms were set up to work hand in hand with this structure. Today, mass market games can be done from start to finish with just one or two developers, so the old structure was a burden to many. With that structure, when one person handles all of the business, production, finance and marketing, they end up having to fill out four times the paperwork themselves and are left with very little sleep and even less time to work on the game itself.

"Steam demonstrates the new way of doing things perfectly. In three man days of work, everything from the initial discussions to signing the contract, programming leaderboard and achievement code and authoring store banners and assets were done, and the game was ready to be in players’ hands.

"On the opposite side of the spectrum, the Xbox version took over a year of time just on the business side and who knows how many man months of head-down work. In the end, the Steam version is 100% feature identical to the XBLA version, even supporting Xbox 360 controllers. It demonstrates what’s possible and what every platform must strive for moving forward in the new age of digital distribution and smaller studios."

Provinciano added that he has experience of both Sony and Nintendo taking steps to streamline this process to make everything easier, but he did stress that he believes Microsoft will follow suit in time, and added, "They really have to. They’re the only one left which is not set up to support self-publishing."

Gaijin Games co-founders Mike Roush & Alex Neuse - of Runner2 fame - came back with a similar response to Provinciano, but repeatedly stressed that when it comes to the indie approach, no one comes close to Valve. In a joint response they said, "What the big boys need to realize is that so-called 'indies' don't have a whole lot of money or time to deal with the often bloated business requirements and absurd technical requirements that are imposed upon them.

"They need to start turning stuff around faster and have it cost much less. For instance, on certain platforms our most recent release, Runner2, was completely done for over a month before it was churned through the first party machines and brought to market. Delays like that can positively ruin some smaller developers.

"And once the game has been released, it's becoming increasingly more difficult for consumers to find the products that we all know they want to play. Of course, if you're one of the giant developers who can afford to pay for prime placement up front and center, great. But those opportunities aren't always realistic for smaller developers.

"If the big three actually want to woo indies, they need to start accepting the fact that most indies aren't huge business conglomerates that A: understand or B: have the time to play their reindeer games. If they don't, all indies will just stop trying and will decide to do business solely with Valve".

As a counter-argument it could be suggested that quality will always rise to the top, and that well-received games like Runner2 will sell regardless of where they are placed. Perhaps this is true in some cases - hello Minecraft - but by and large it really does seem to matter where a game ends up. Again, rather than simply assume this to be true, I asked each of the developers how much placement has meant to them over the years. 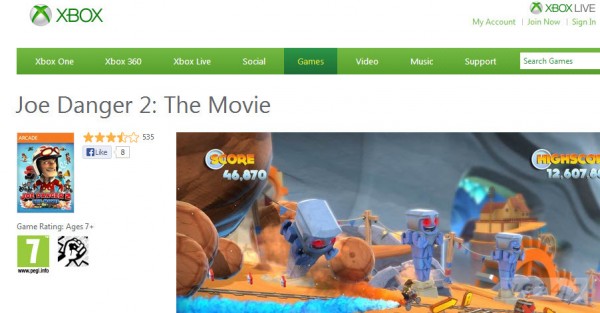 But first, the importance of placement was underlined brilliantly in a telling blog post by Waking Mars developer Tiger Style in May of last year. The studio posted lifetime iOS sale stats for its games Spider: The Secret of Bryce Manor and Waking Mars, and the graphs for both titles represents a sheer cliff face after just a few weeks on sale, with spikes whenever the game is featured or on sale.

This isn't the first time I've seen this from an indie studio either, I've seen it often, so there is a clear trend at play. With so many games launching digitally each month it's clear that platformer holders will ultimately have to pick and choose to feature those that best sell the format, or games by studios willing to secure visibility through other means - be it a publisher deal or cold, hard cash. But is that right? No, not necessarily.

“To us, the next generation is about quality, not quantity. You could take a game you’ve built in Unity and hit export for PS4, and that’s great. But just imagine what more you can do. It’s not just another platform to ship on, it’s a huge opportunity.

Don't forget; as Sony lowers its barriers to publishing on PS4, the volume of indie games appearing on the format will rise, potentially having an adverse effect on a game's store visibility. With that in mind, might indie success on PS4 and Xbox One be dictated largely by placement and sales in the next-generation, or will quality continue to shine through a sea of submissions each week?

Sean Murray of Joe Danger developer Hello Games described his brush with next-gen formats so far, and his view on the 'quality versus quantity' issue. "When we got next-generation dev kits, we had our hands on something that no one has seen before. With that hardware sitting in our studio, smelling new and looking shiny, what would you do?

"To us, the next generation is about quality, not quantity. You could take a game you’ve built in Unity and hit export for PS4, and that’s great. But just imagine what more you can do. It’s not just another platform to ship on, it’s a huge opportunity. We see next-gen as a massive, brilliant challenge.

"The codename is Project Skyscraper and it’s giving us a real buzz. It’s like going back to the early days of the studio, when it was the four of us doing completely new things. We’ve got empty folders and blank documents, and we’re staying up until 2 am coding - this is what everyone gets into games to do."

Sean's last point is interesting. An indie developer can be anyone; it could be you or I, a person who has broken off from the corporate, triple-A market, or even a graduate fresh from four years of learning how to code. These people go solo or start small teams in an attempt to realise their dreams and it's soul-destroying to see many of them beaten down by the very arena they tried to flee in the first place.

Unless you side solely with Steam it seems.

Either way it's a complex issue, and one we conclude in part two of this article, in which Mark Morris of Introversion recalls his rough time with Microsoft, Gaijin discusses future challenges facing indies and we weigh up Sony's efforts to democratise the development process in PS4.