During gamescom 2016, Bungie announced that private matches would be coming to Destiny, and today's the day. 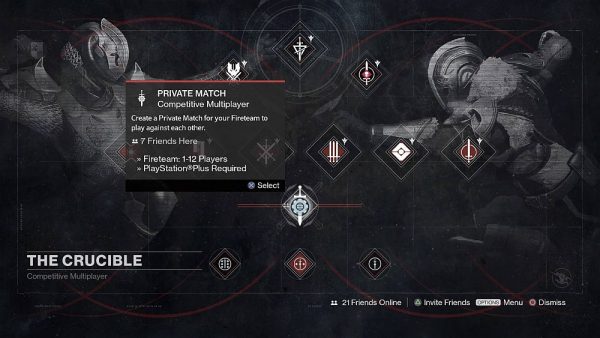 The image above gives you a look at the Private Match menu for The Crucible.

Rise of Iron is not required, just the base Destiny game on PS4 and Xbox One.

According to the announcement Bungie made last month, the focus of Private Matches is on Clan Battles and players are able to pick the game mode, map . There are various customization options available and the firm said last month there will be 30 maps to choose from when Rise of Iron releases next week.

Bungie posted an explanation of how Private Matches will work.

Destiny: Rise of Iron and Destiny: The Collection releases next week on September 20.