More details and pricing for the new cloud service app Pokemon Home have been provided by Nintendo and The Pokemon Company.

The Pokemon Home app enables Trainers to continue their Pokemon adventures by managing their collection of creatures across many of their games.

Launching next month on Android, iOS, and Switch, you will be able to link your Pokemon games and deposit your catches in Pokemon Boxes in the cloud or move them around to linked compatible games.

Also, by linking the same Nintendo Account to both the Switch and mobile versions, you will be able to access the same boxes from both platforms.

As previously announced, the Switch version supports connectivity with Pokemon Sword and Shield, and Pokemon: Let’s Go Pikachu and Eevee.

It also supports connectivity with the Nintendo 3DS's Pokemon Bank and Pokemon Go support is in development.

Once you link Sword and Shield to the Switch version of Home, you can deposit and retrieve Pokemon that can be obtained using those games.

With Home, the Let's Go games allow you to move Pokemon back and forth between the games or into Sword and Shield. Know that once you move Pokemon from Let's Go into Sword or Shield, it cannot be returned to its original game.

If you are enrolled in the paid Pokemon Home Premium Plan, you will be able to move your creatures from Nintendo 3DS Pokemon titles to Home using the Pokemon Bank. Once a Pokemon from Pokemon Bank is moved into Home, it cannot be moved back into your 3DS games. 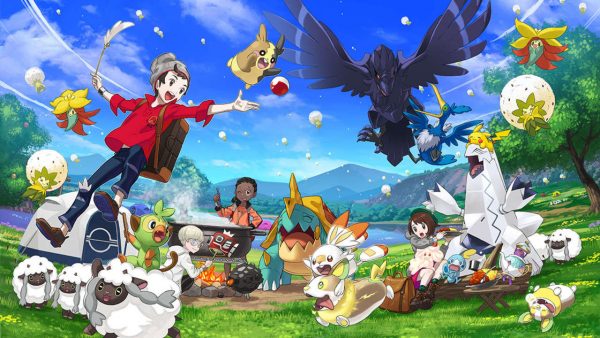 While Pokemon Home is free, certain features can be expanded or added when you enroll in a Premium Plan. The Premium Plan has a few different subscription options.

To celebrate the release of Pokemon Home, the Pokemon Bank and Poke Transporter will be available at no cost for a one-month period after Home is released.

This will allow you to bring over Pokemon from various Pokemon games using the Bank or Transporter. Once you have your Pokemon in the bank, you will then be able to move them over to Home.

Below you will find the differences between the basic (free) and premium (paid) plans.