Giving berries is now easier than ever, which will make toppling gyms a little more difficult.

Pokemon Go's new update is changing things up in the gym metagame a bit - and it's all about exactly how berries are used. The new update, 1.39.0 on iOS for iPhone and iPad and the 0.69.0 APK version on Android, makes some small but significant changes to how the game handles its recently rebalanced gym system.

Here's the headline, basically: players will now be able to heal their own Pokemon from afar in gyms. The recent gym overhaul update to the game added a system where over time a Pokemon's 'motivation' would drop as they faced repeat defeats at a Pokemon Gym. Motivation was represented by a heart icon, and each time a Pokemon is defeated its motivation drops. When its motivation reaches zero, it's ejected from the gym and returns to its master. 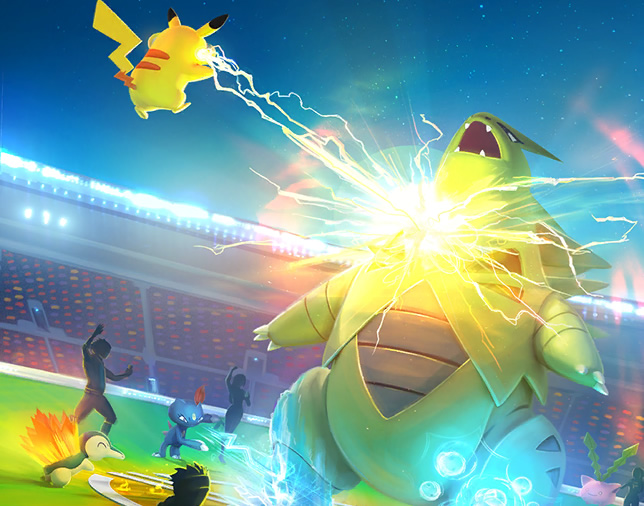 In a crucial touch to keep balance and prevent this from being overpowered, berries fed from afar won't be as potent as those fed up close in-person.

Other changes included in the 1.39.0 / 0.69.0 update include the ability to over-feed Pokemon berries at gyms in exchange for Stardust, and the ability to better see the status of Pokemon at gyms from your menus.

You'll be able to see where a Pokemon is based via their stats screen when they've been left at a gym, and your journal will also record your PokeCoin earnings on a per-Pokemon basis as they return from guarding gyms.

This update comes right as the Pokemon Go Fest is about to begin - it all kicks off on July 22nd, and even if you're not attending a real-life event since they sold out so quickly you can still participate in-game.

The gym changes will likely adjust the team balance of gym control and make quite a difference to how often gyms change hands, so they certainly matter, especially in this new, more competitive version of Pokemon Go on offer since the big gym and raid update.