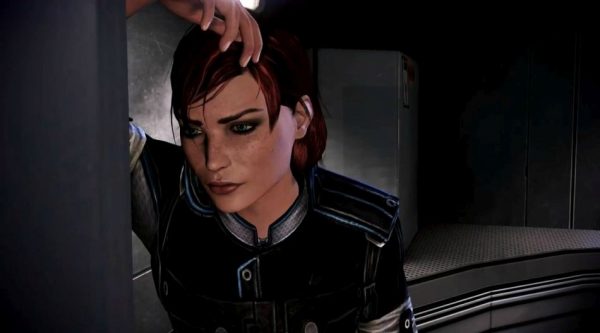 In an interview with IGN this week, EA's Peter Moore dashed the hopes and dreams of Mass Effect fans hoping for a remaster of the trilogy for PlayStation 4 and Xbox One (thanks, PCgamesN).

According to Moore, the company as a whole is "focused on delivering for the future," not revisiting the past, because "that's just not what we do." This reiterates a comment he made back in October 2015 when asked about the possibility of remastered EA titles.

Moore stated then that remasters feel "like pushing stuff out because you've run out of ideas."

"I don't know where we find the time to do remakes. We're a company that just likes to push forward," he said, per GI.biz.

As far as remasters of Mass Effect, Moore acknowledged to IGN in yesterday's interview that EA could make "an easy buck on remastering Mass Effect," due to the thousands of people clamoring for a PS4 or Xbox One version (via Gamespot).

At present though, BioWare is focused on Mass Effect Andromeda and EA doesn't have "teams lying around doing nothing" at the moment to work on a remaster.

"Is there demand? Yes, there's thousands of people who want it," he said. "Do we need millions? I don't know. Our blinders are on and [we are] looking toward future. If you allow yourself to take the easy road - not to diss remastering great franchises - but there are so many opportunities for us to have people go to something else.

"We just feel like we want to go forward. There's a little thing called Mass Effect Andromeda that we're totally focused on at BioWare and it's gonna be magnificent."

In November 2014, Aaryn Flynn, general manager at BioWare, took to NeoGAF to ask Mass Effect fans what they wish would be included in a remastered release of the Mass Effect games.

Earlier this month, hopes for a remaster were high after EA Studios boss Patrick Soderlund said in an interview, the company was looking into the possibility, as the market has recently proven consumers have a high demand for such products.

Mass Effect Andromeda is slated for release on PC, PS4 and Xbox One in early 2017.